A post a few weeks ago on MTBR sparked my interest for a ride along the waterline in Flagstaff to the inner basin. Later, this dream was fueled by Nathan's Crazy 88 race that will be held on the same route, although his route continued on from Inner Basin and circumnavigated Humphreys. I emailed Nathan to get the GPX track a few days before we departed for Flagstaff. The route was a 50-mile loop around Mount Humphreys with a touted 7,386 feet of climbing.

The route started up Waterline Trail, a jeep road that begins at Schutlz. The Waterline Trail was built in the early 1900s for routing water from the springs in the Inner Basin, once the heart of a 15,000 foot-high volcano. The route along Waterline is the only way of riding through this wilderness area. The slow and steady climb on this section of this trail has breath-taking views, aspens, and wildflowers. At one point, the aspens seemed to go on forever. 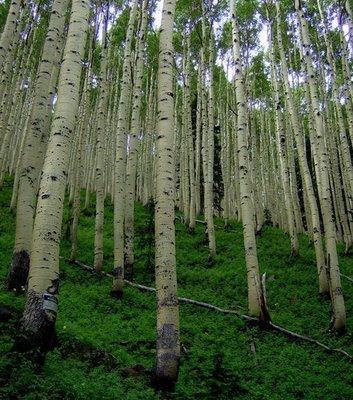 Dave riding along the Waterline Trail 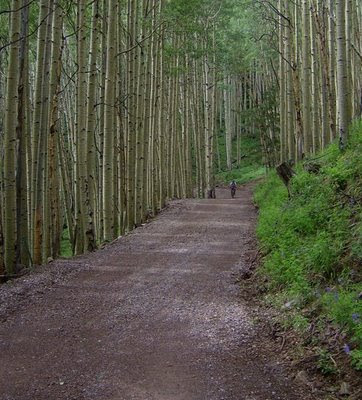 Inner basin and Lockett Meadow with Humphreys in the background. Wildflowers were the highlight during the next section of the route. 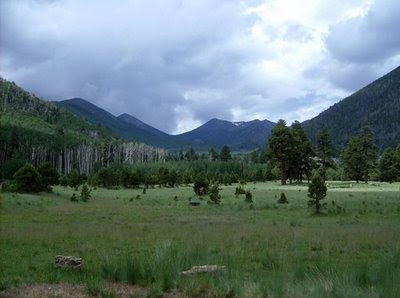 The first section of the route could be summed up in a few words: amazing views, aspens, and forest roads. The second half was technical singletrack and green. The route veered off the jeep road to a singletrack used by motorcycles, known as Sherlock before cresting at the Snowbowl Road and continuing on Viet Springs. 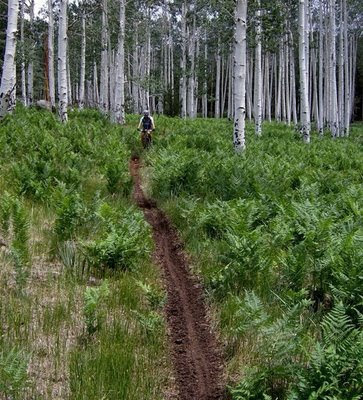 We veered a little off the race route to ride Lower Super Moto and the Fort Valley singletrack to the camp. 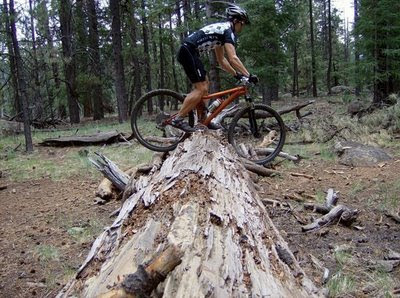 We managed to dodge most of the rain that you can see in the above pictures (courtesy of Dave) until the last mile into camp.

During the Friday and Sunday rides, we logged in some good climbing on Elden, hitting up some of the best trails on Elden. During the weekend, we accumulated about 100 miles with 14,000 feet of climbing. This is probably the last ride that I had with Dave before he moves to Montana. Dave is not only one of my best mountain bike friends, he is partly responsible for my crazy addiction to mountain biking (Max and Scott being the other two).