I have been wanting to ride on the Mogollon Rim near Payson ever since I saw pictures from Yuri's trip to the Cabin Loop some 3 years ago. I was looking for a way to connect known trails on the top with some below the rim. The dreaded Highline Trail was one such trail along with some of the others, like Pine and Pine Canyon.

Like any other new bikepack loop, you have to put your time into finding the route on the beloved Topofusion. Pouring over topo maps (toggling between color and topo), hours looking at profiles, posting up on MTBR, emailing friends...it is all part of the process. All hinted toward a very challenging, 100-mile route that I assembled. It is fun, to an extent, to do such research....although it can take several hours. Frankly, I had never even been on the Rim Road let alone biked in the area, so it was all new to me. 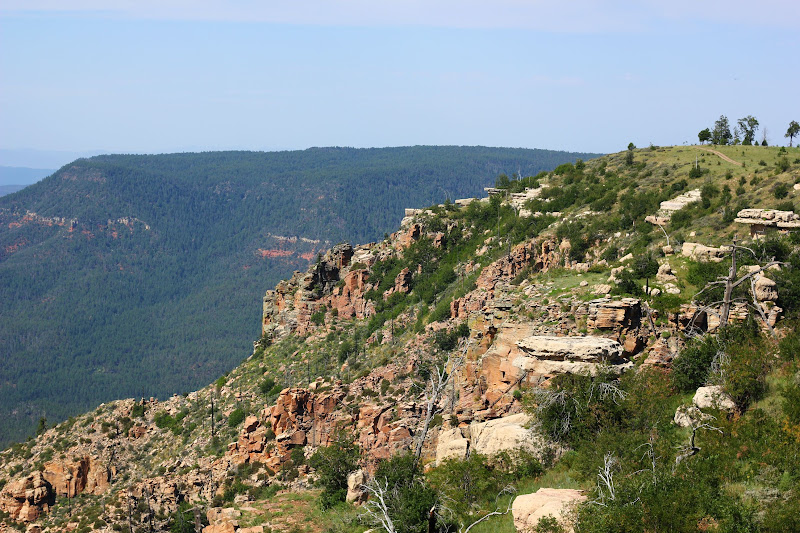 We parked at the top of the rim near Baker Butte and set of on the Rim Road. Pine Canyon Trail was the last trail we would ride before getting back to the car. We bike the Rim Road to connect to the Cabin Loop Trails. 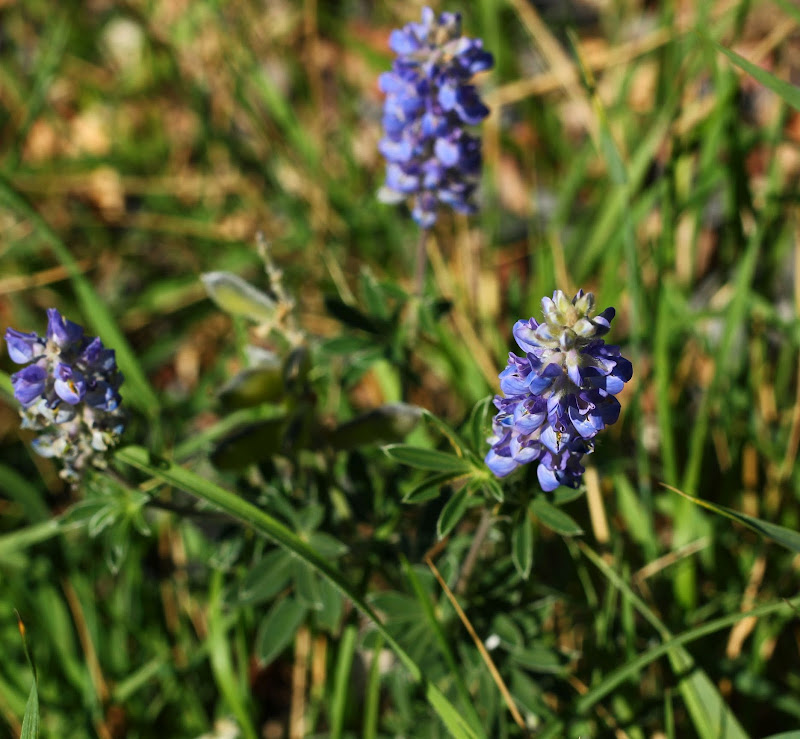 I was surprised by the lack of cars on the road for the better part of 2 hours. 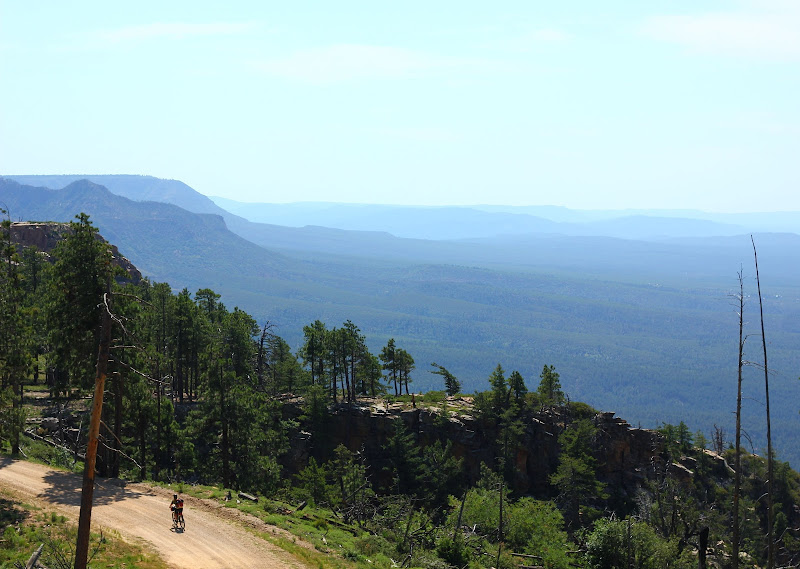 You can see the main attraction to the area..... 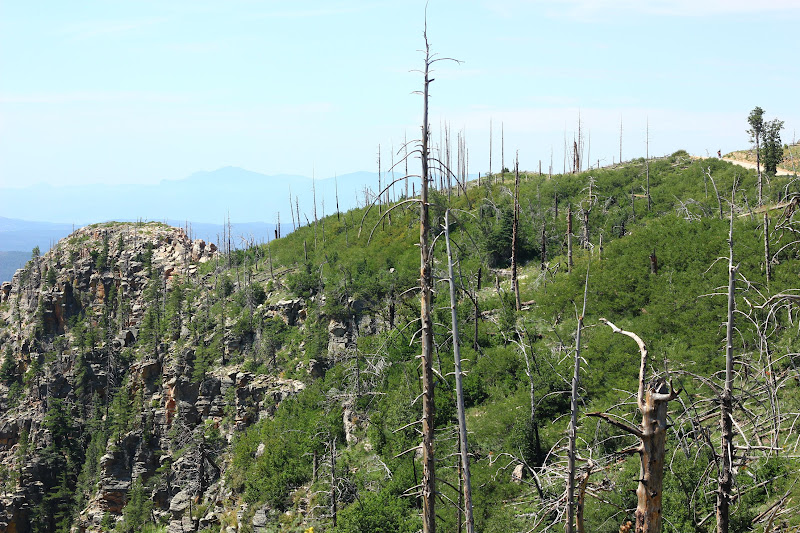 While nobody really wants to ride dirt roads, it is easier to convince someone when you have these views. 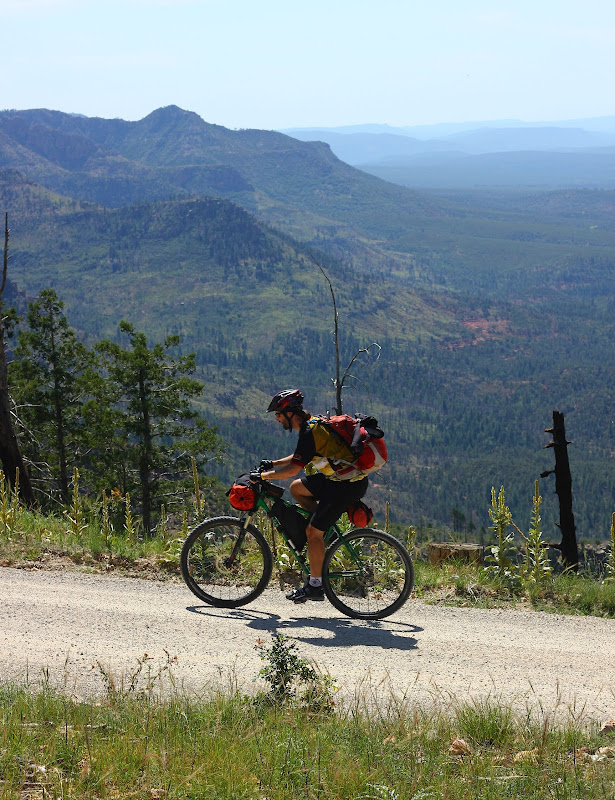 We did the south and the east portions of the loop, so Houston to Barbershop. 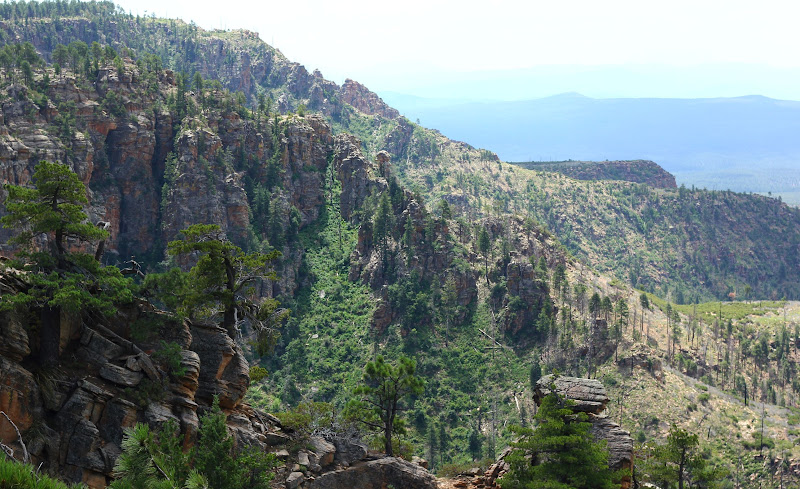 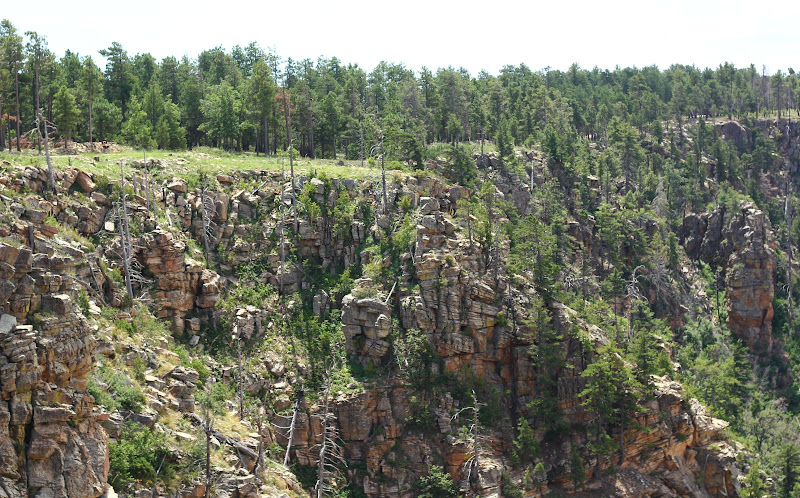 John is to the upper-left corner on the Rim Road 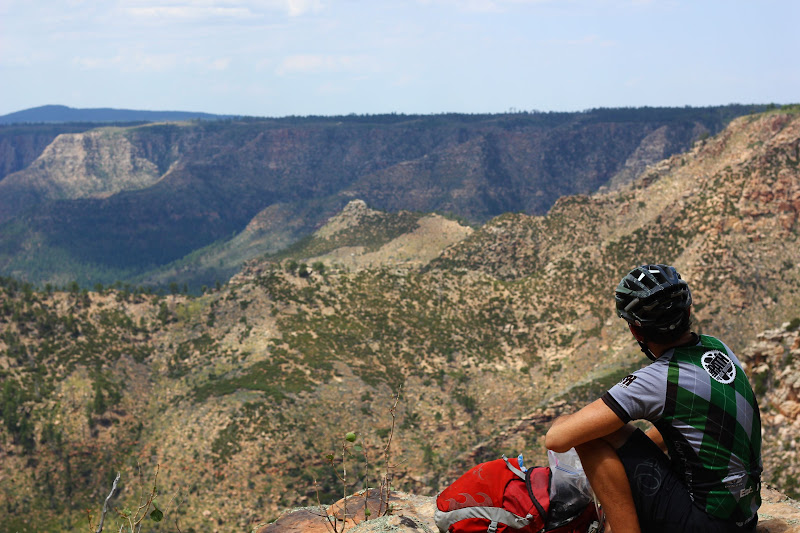 At around noon, we had lunch on the top of the rim. Typical food to be enjoyed during the trip...donuts, pickles, almond butter, hummus and breakfast burritos. 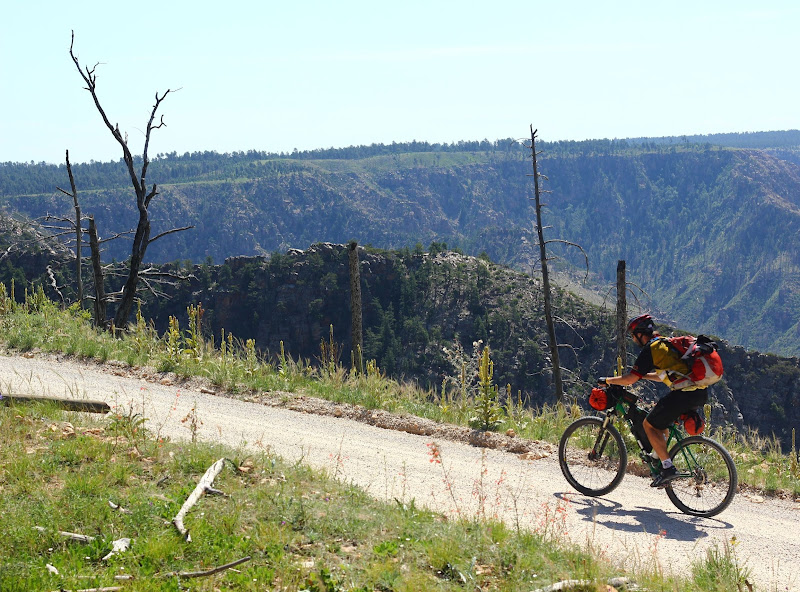 After a bit of confusion about the General Cook Rim (on all the maps, but very, very hard to find sections of the trail) portion of the Cabin Loop, we opted for the road for ease of route finding. 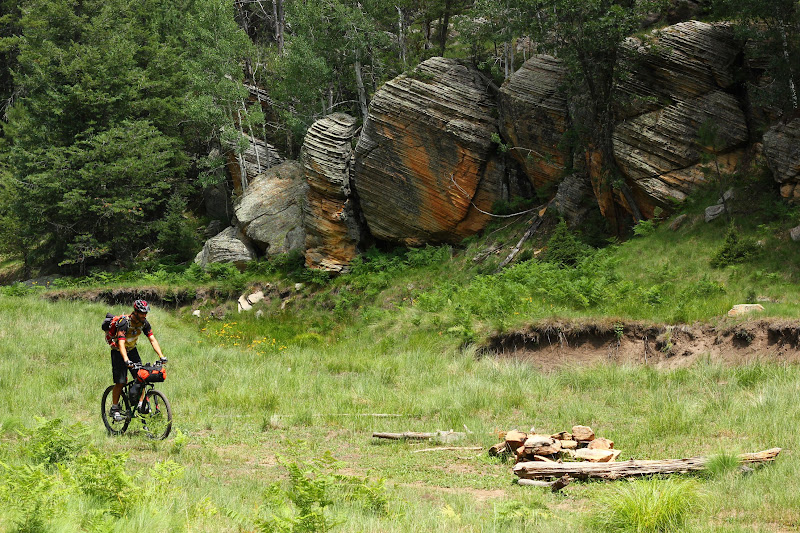 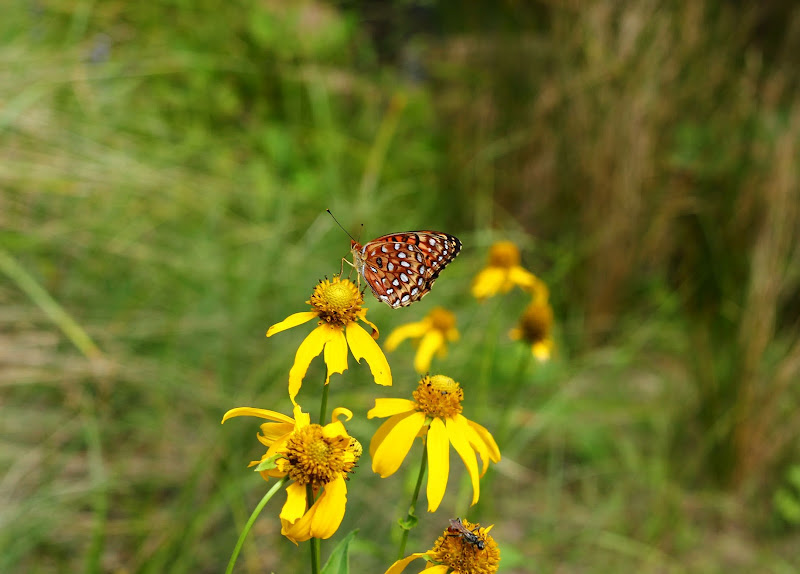 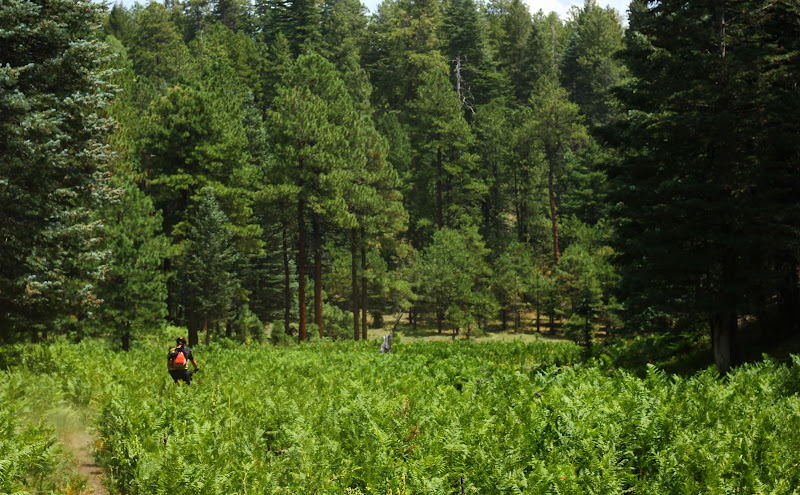 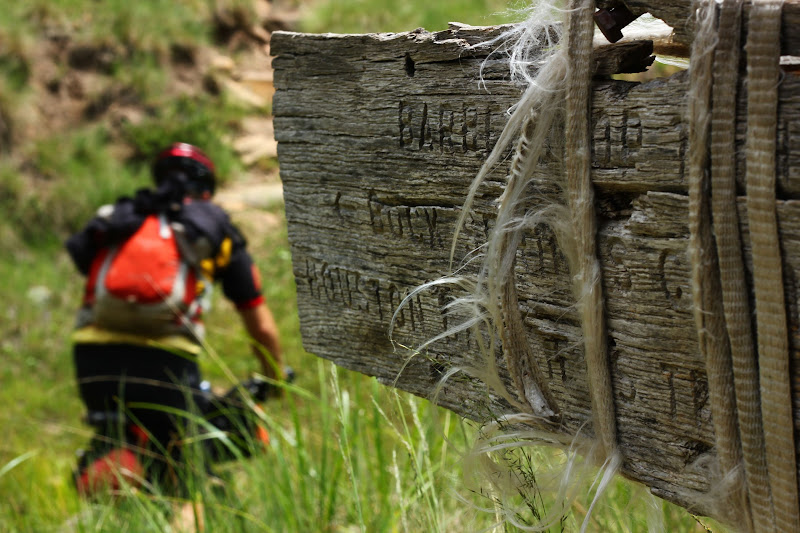 Houston Brothers to Barbershop was the planned version of the Cabin Loop... 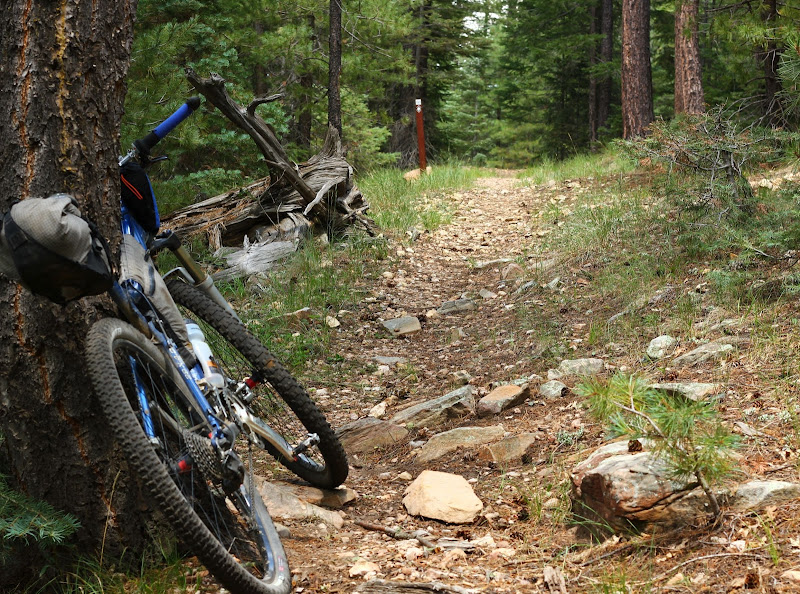 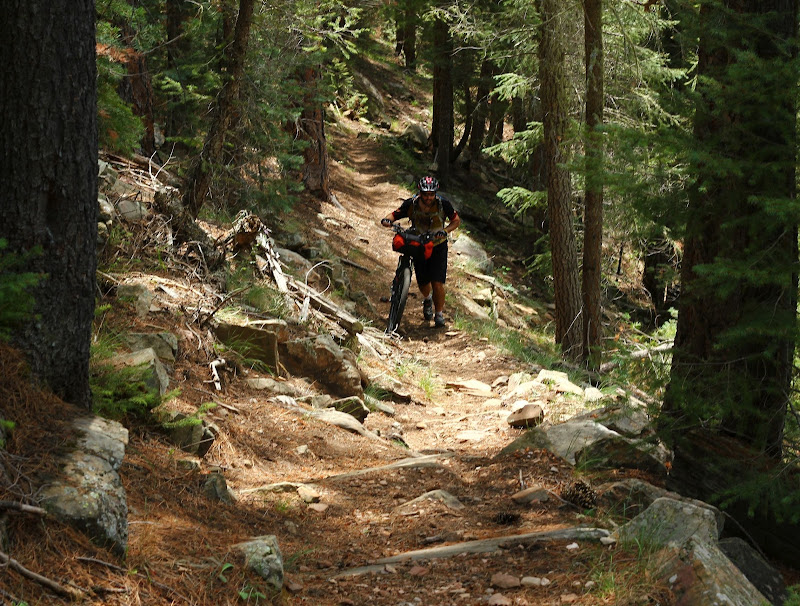 Barbershop was (as previously researched) a bit harder than the rest of the trails we rode that day, but it was still a beautiful trail. 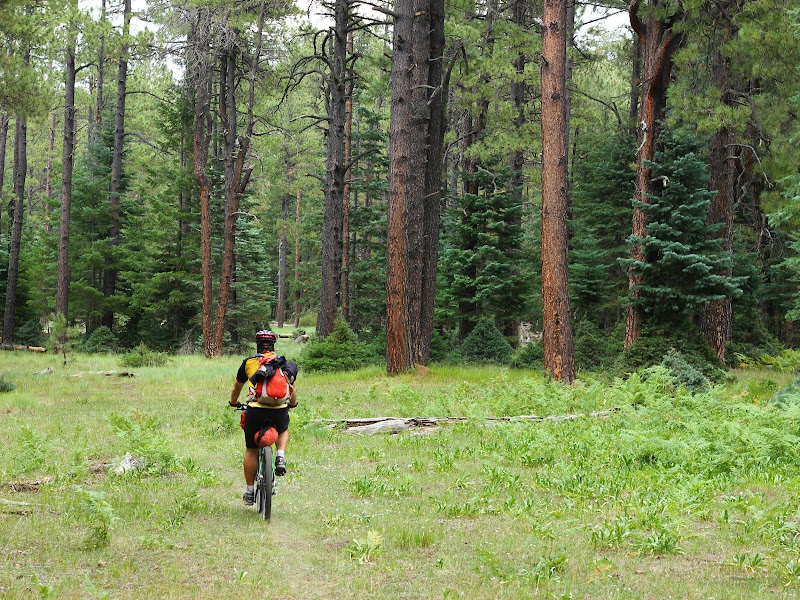 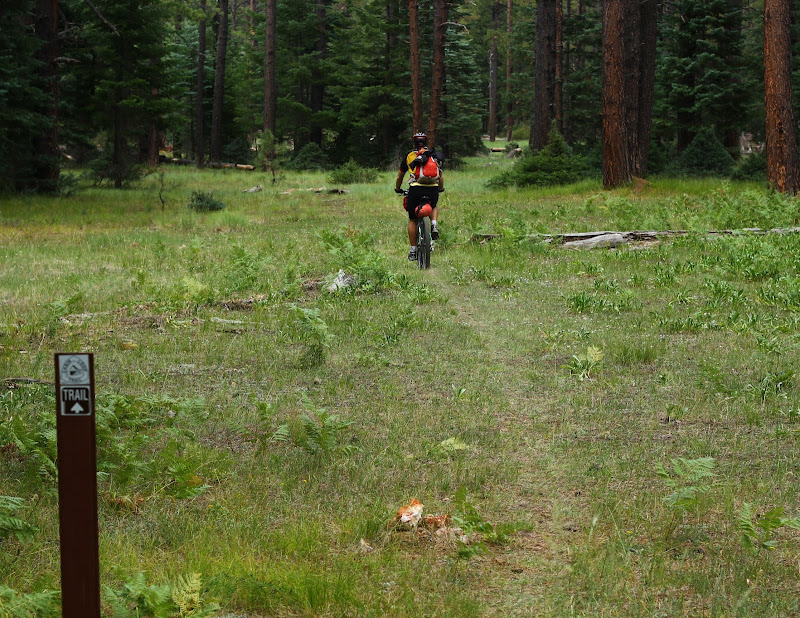 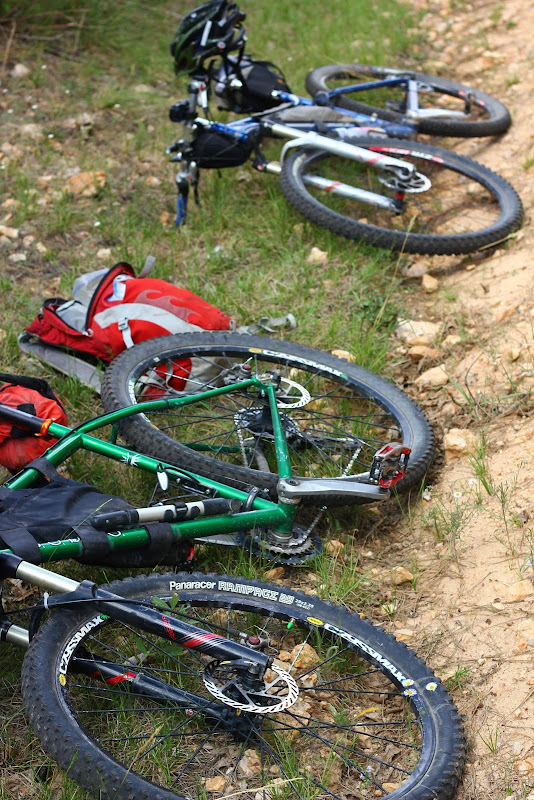 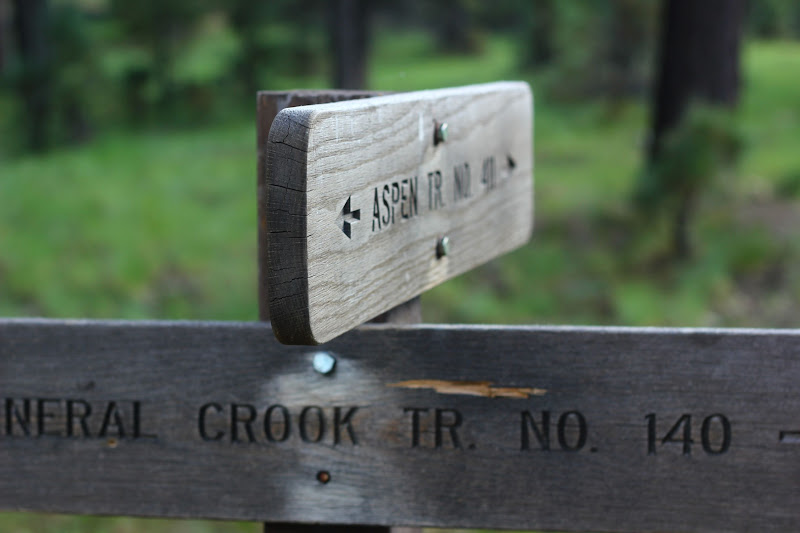 We headed on General Crook until Woods Canyon Lake, where we went off-route to get some much Gatorade and snow cones! 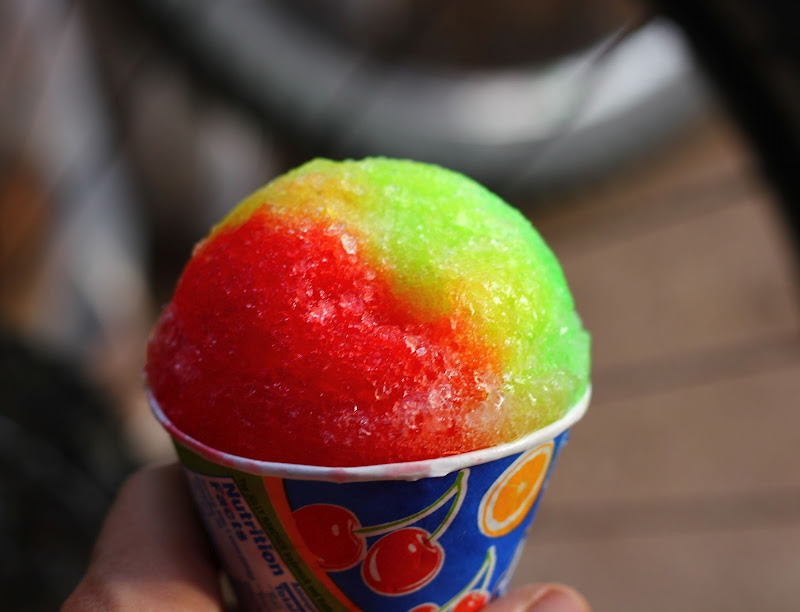 Hoping for some great lighting, we pushed on toward Military Sinkhole as the sun started to set. Military Sinkhole was a great downhill section, only it was tough to get good lighting due to the lack of open spots.

John went over the bars in this section and got pretty beat up, along with the GPS breaking to pieces. I had never seen a GPS explode so bad.

We pushed on looking for the first open area for camping...we found the perfect place, it looked like a little piece of Sedona. 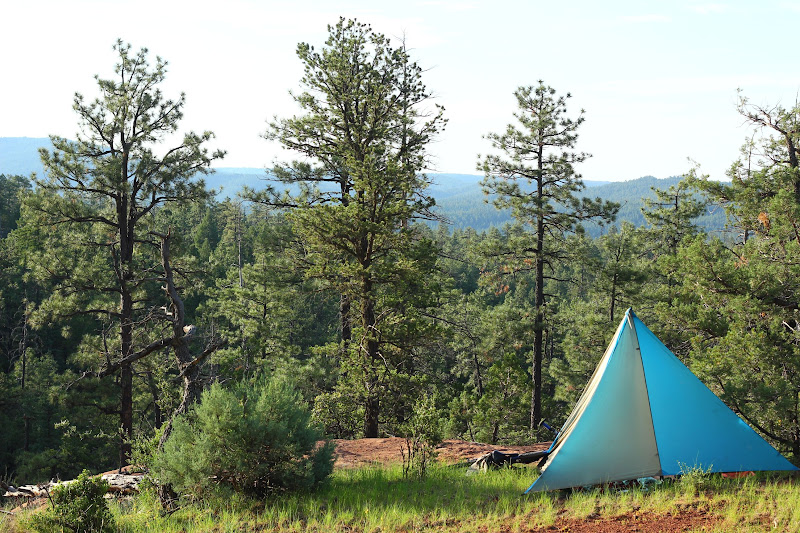 It's no Crested Butte, but the butterfly and icee did it for me!

I had a great time despite the OTB!! Don't forget Day2, that's where all the excitement was!! I wish I would have had it in me to push through the control road, I'm thinking I didn't properly fuel myself for Day2.

As for personal preference, you need to decide how you want to spend most of your time on your bike. Do you want to ride smooth flowing trails, climb big mountains, ride stunts, descend technical downhill courses, or just have all around fun.

What an awesome biking adventure you had! The route you took is a bit challenging but it paid off since you found that great camping spot!