A few weeks ago (very late posting), we headed up from Molino Basin to ride up the following trails: Prison, Bugs, Bigelow, Secret, 1918, Sunset. Then to go down, 1918, Secret, Bigelow, Bugs and Prison. Arguably one of the best rides in Tucson.

David, ScottM, Benji and Campy showed up for the climb up Bugs 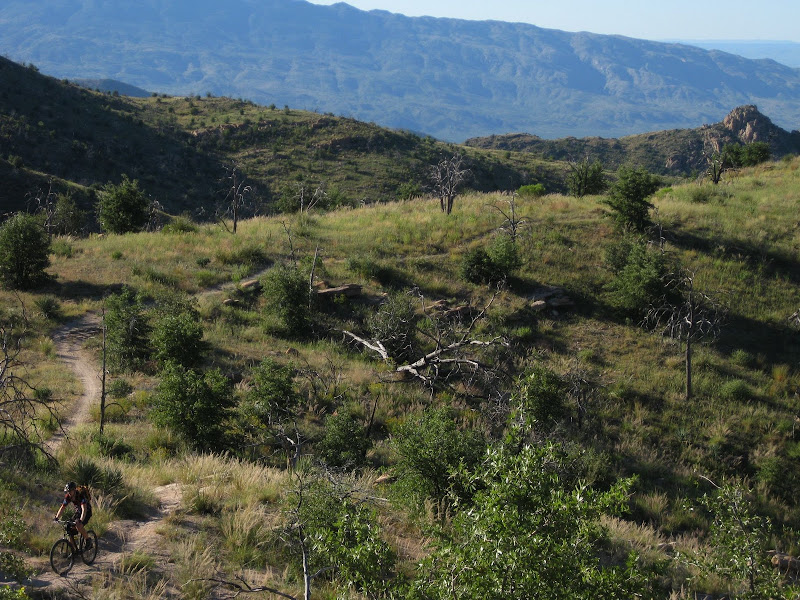 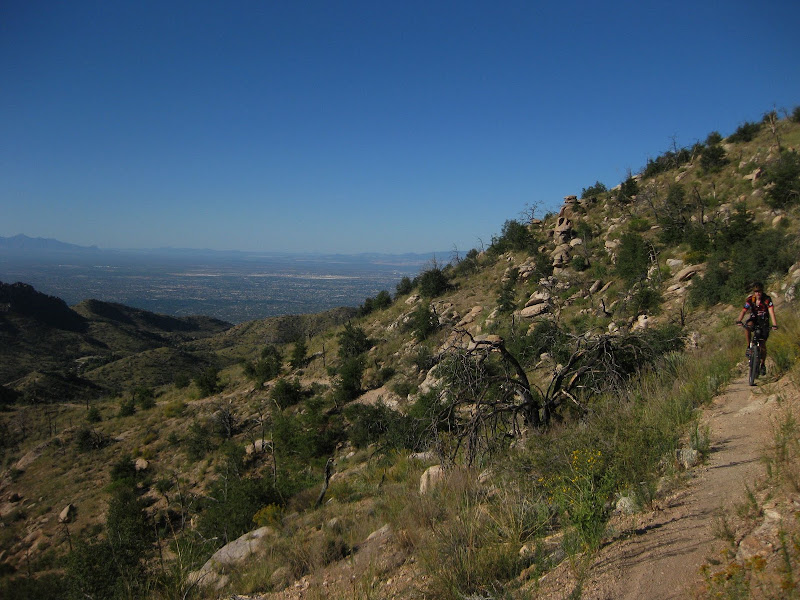 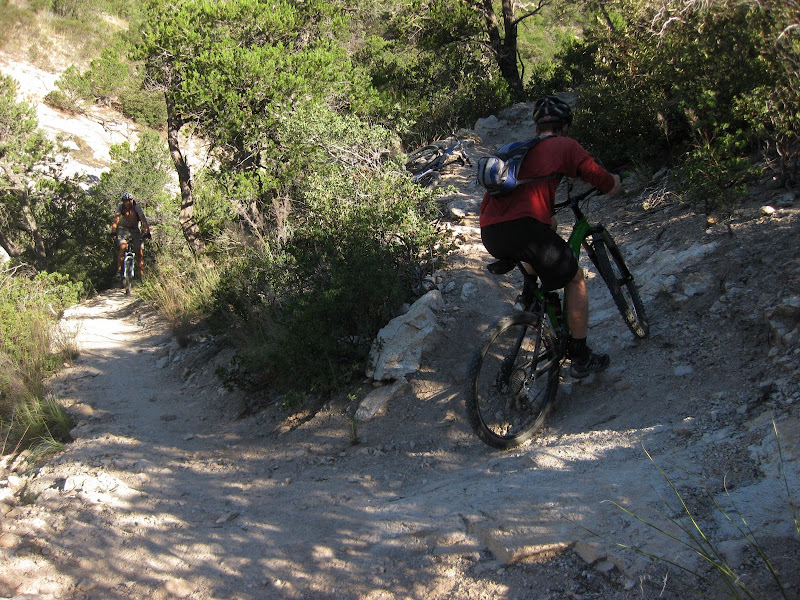 and climb we did. 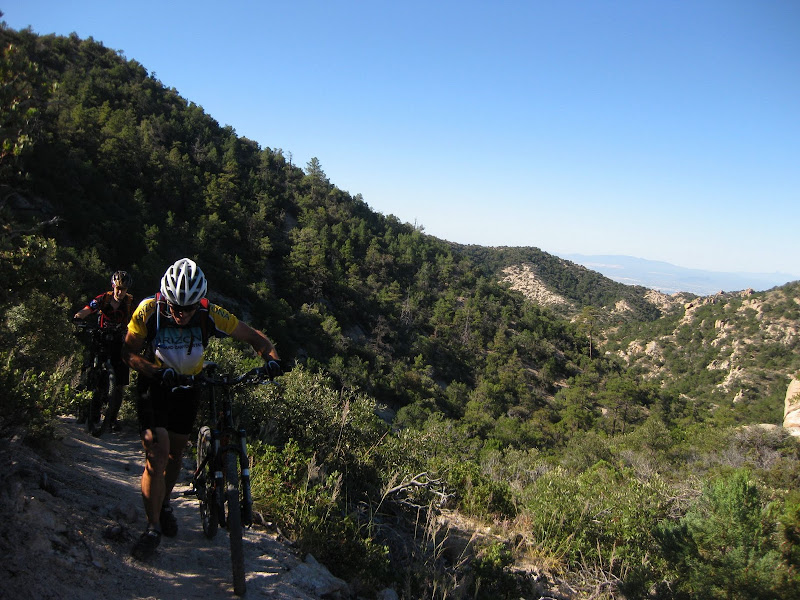 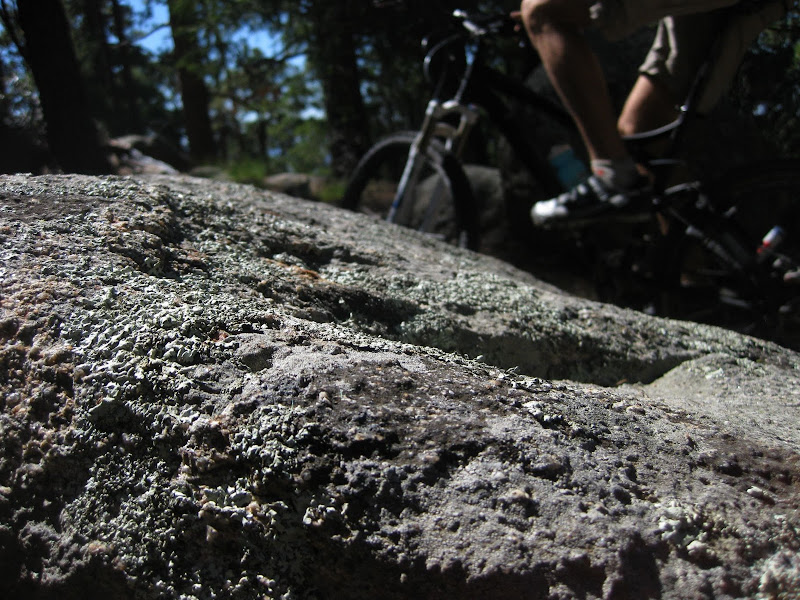 Benji and I continued on as the others headed back. 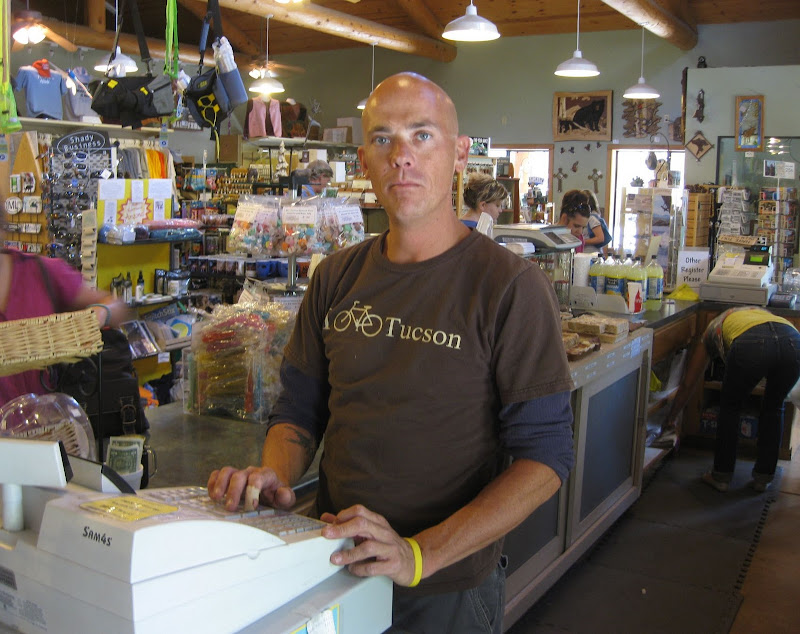 Recognize that guy? Max is working up the Mt Lemmon General Store. Sweet shirt, eh? Next time you are up on Lemmon, stop in to say hello. 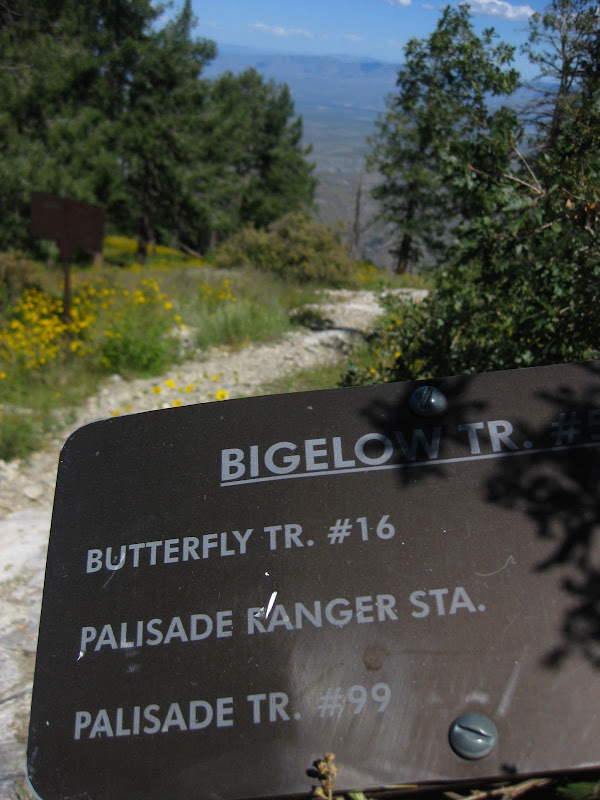 We headed down Bigelow 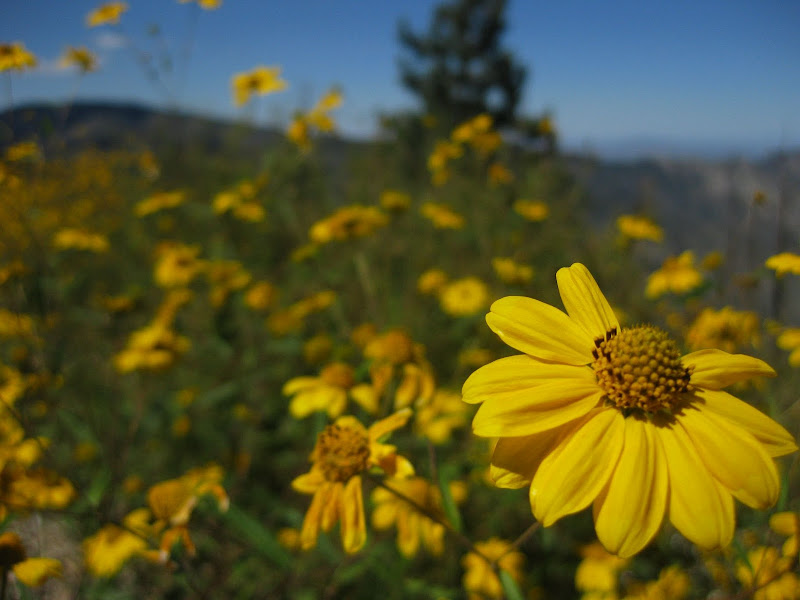 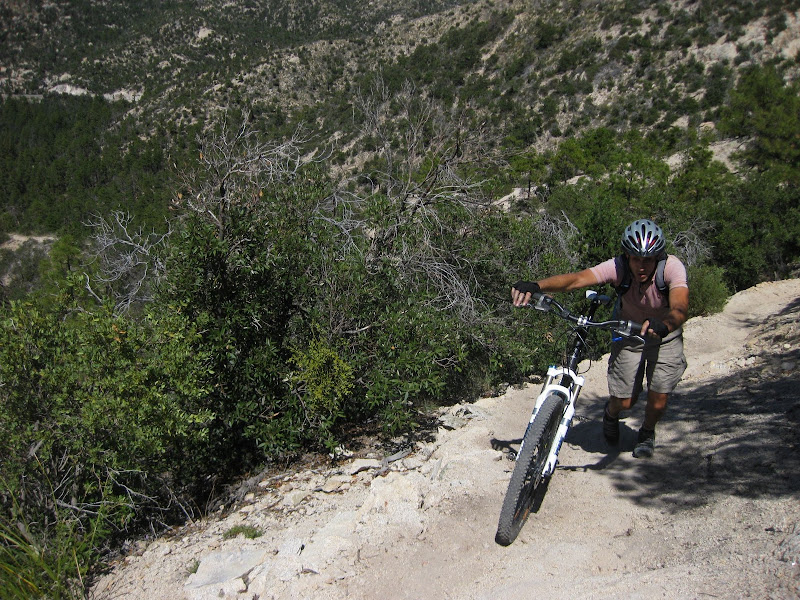 only to push our bikes up Bug Springs. Benji summed up Bug Springs, "the quality of living for every mountain biker in Tucson has increased since the building of bugs." 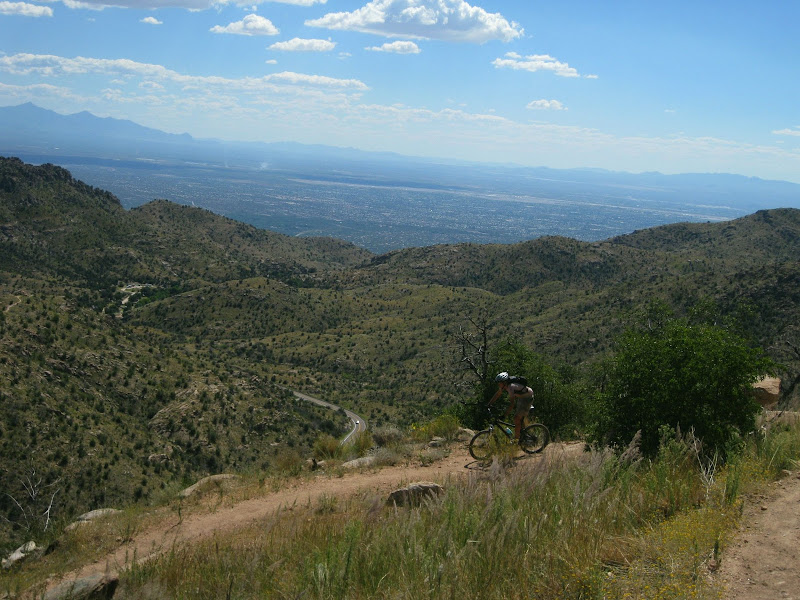 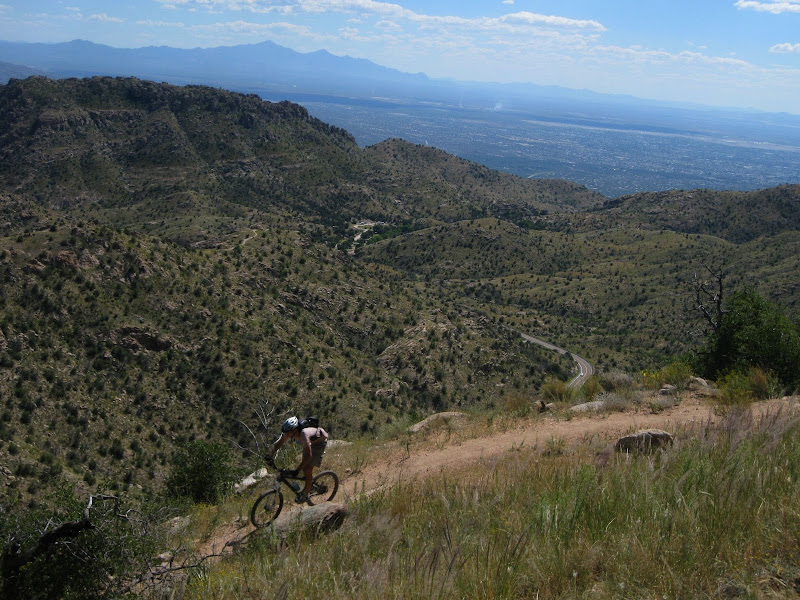 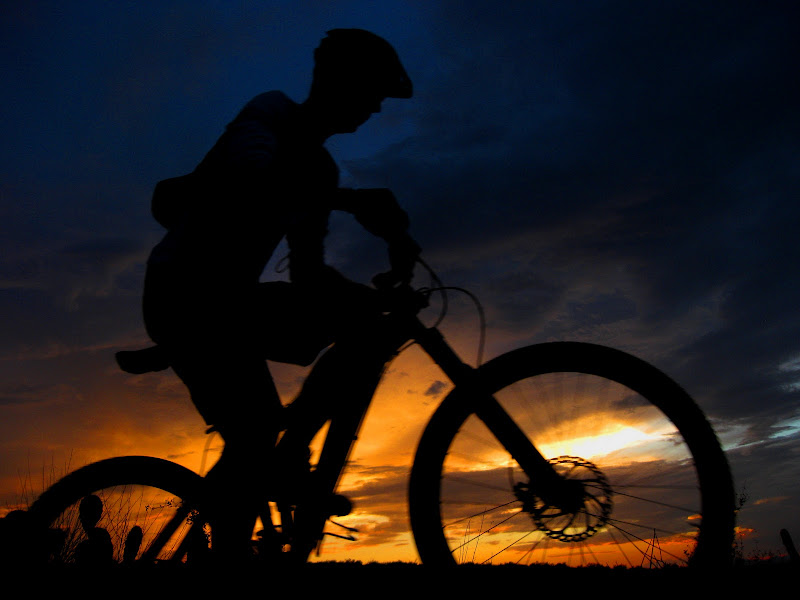 After more than 8 months of trying to clear the Ram Canyon technical climb, Scott finally cleaned the last remaining section. Combined with a killer sunset as we were descending Alamo, this was one of the best weekday rides I have ever had in Tucson.
No comments:

The meaning of a storm II

From one end of the spectrum to the other... 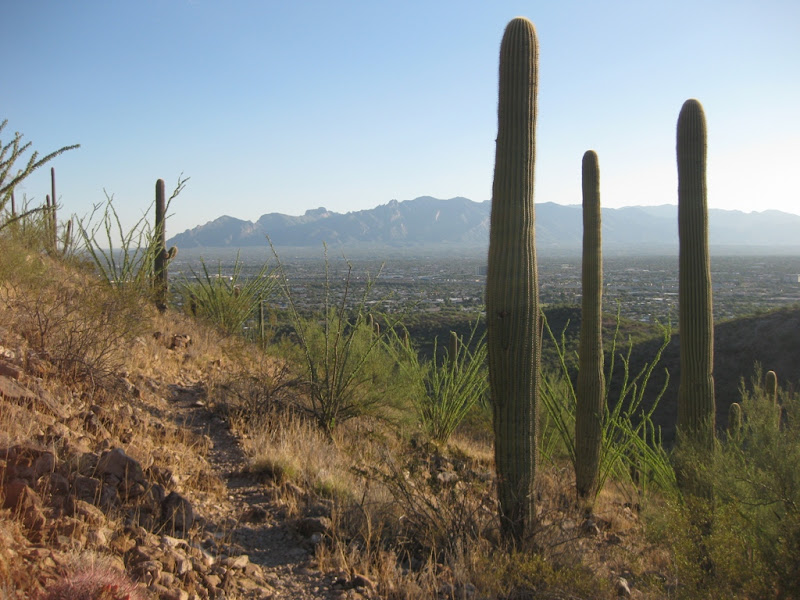 The proposed Catalina plan: Prison Camp to Aspen and back. You can laugh, I am laughing now as I write this. I came close. Aspen was the only missing ingredient. I will partly blame this on the ~2 hours of rain. 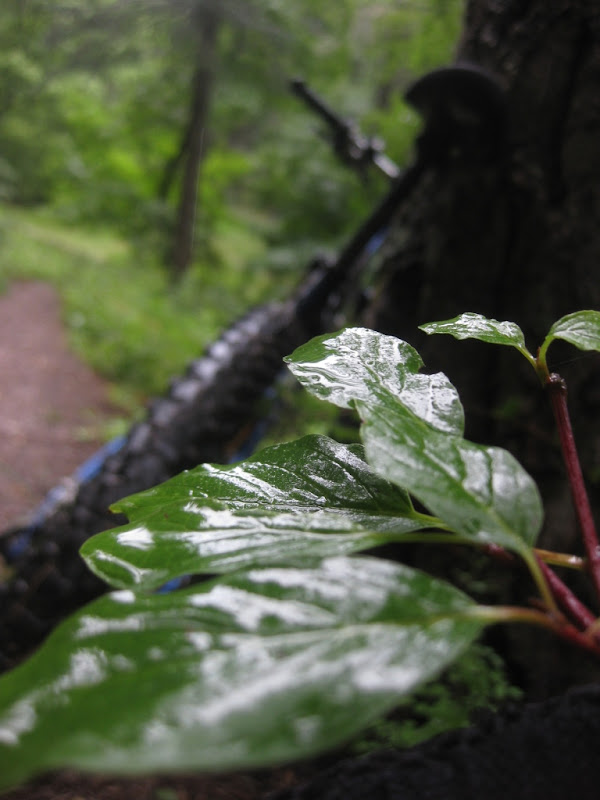 I started at Molino, climbed Prison and Bugs, before heading up to Bigelow. However, just after the San Pedro Vista, it started raining and hailing. 30% chance of rain....hmmmmm.

I took cover at Palisades along with 10 other hikers from the Southern Arizona Hiking group. 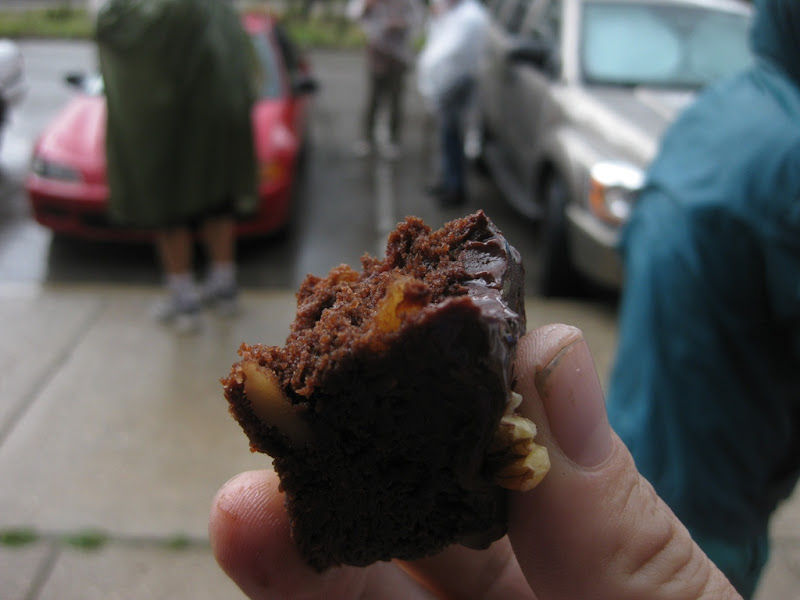 I scored this little fella' out of the deal. Mmmmmmmm. Did I mention it was 55 degrees while I was waiting here at the bathrooms?

I had some funny laughs while waiting at the outhouse. I stayed there for about 30 minutes as it kept raining. People would ask me if I was in line, others if I could watch the door (broken lock), one even asked me about toilet paper. I smiled and said, "this is the only one with TP, but hurry, there is not much left." 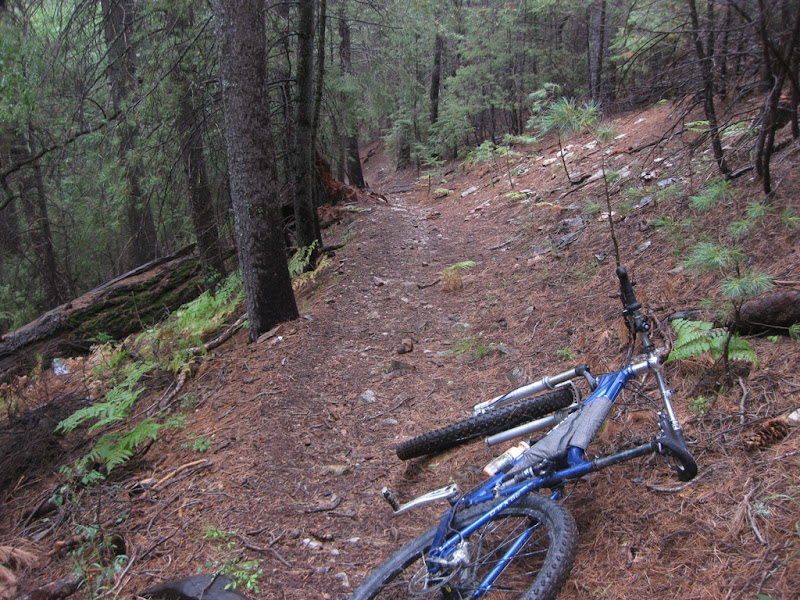 Soaked, I opted for climbing instead of bailing. Sound familiar? Secret (shown above) was superb. I dived into more singletrack, taking 1918 and Sunset to the General Store. 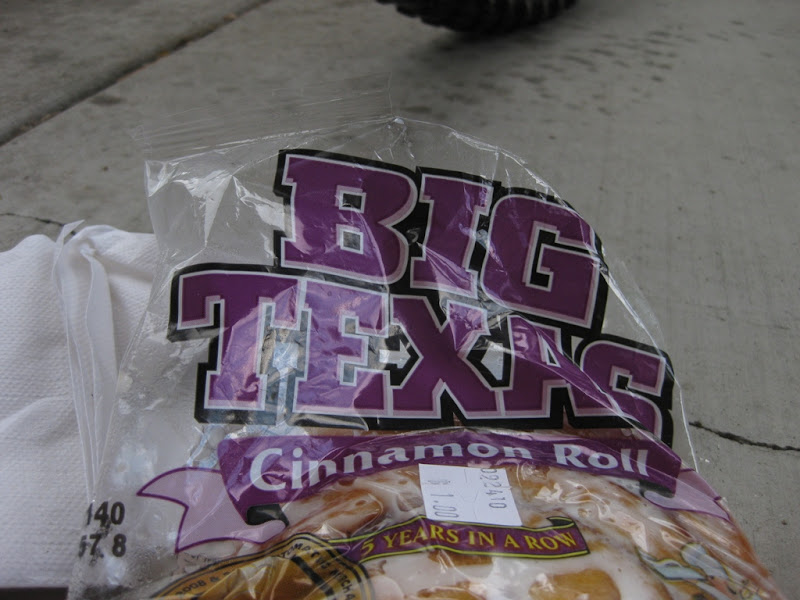 Can't pass this one up. I had to put the camera in a plastic bag as it continuously rained for about an hour as I rode the Catalina Highway to Sunset. I was soaked and the rain was not letting up; it was so bad that 2 cars stopped and asked me (during the storm) if I was doing okay.

I took a shortcut down to 1918, climbed 1918 and Secret. Warmer temperatures even encouraged me to ride Incinerator Ridge despite that HAB at the end. 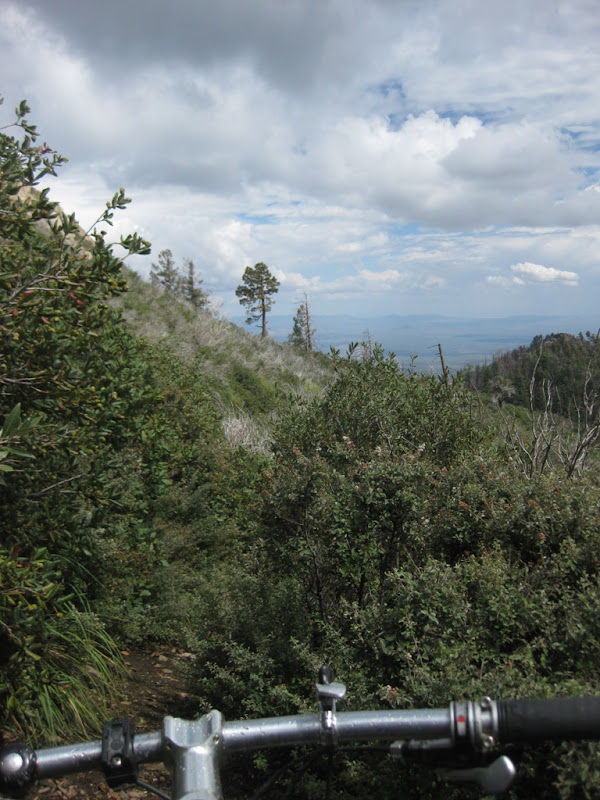 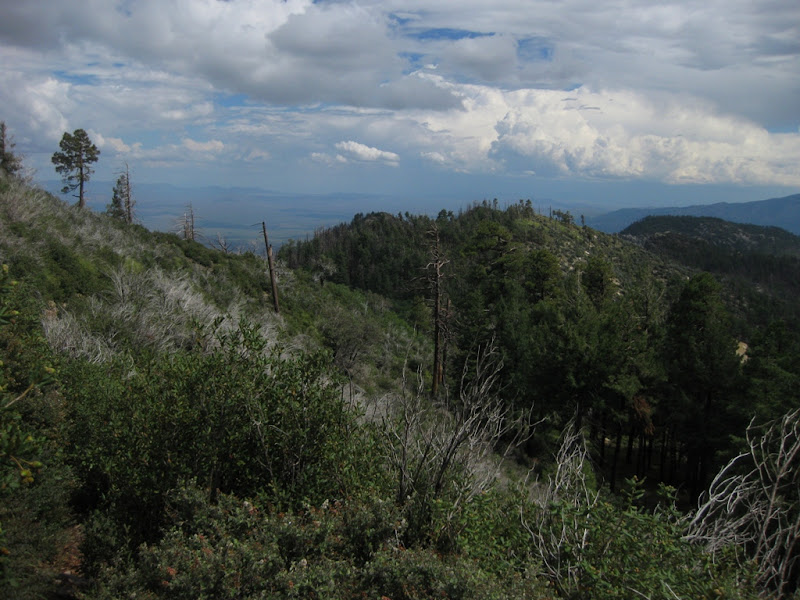 Bug Springs and Prison Camp were next. 6 hours in, the scar on Bug Springs would not let me pass without a fight. Although fight I did, it like the kind of moment worthy of a picture. The waterbars at times seemed like giant logs. Prison Camp was a flash. Chocolate Milk as the recovery drink of choice along with some NPR.
3 comments:

A few shots from this week's Tuesday (Wednesday, again this week) Techy Taco ride from Montrose. 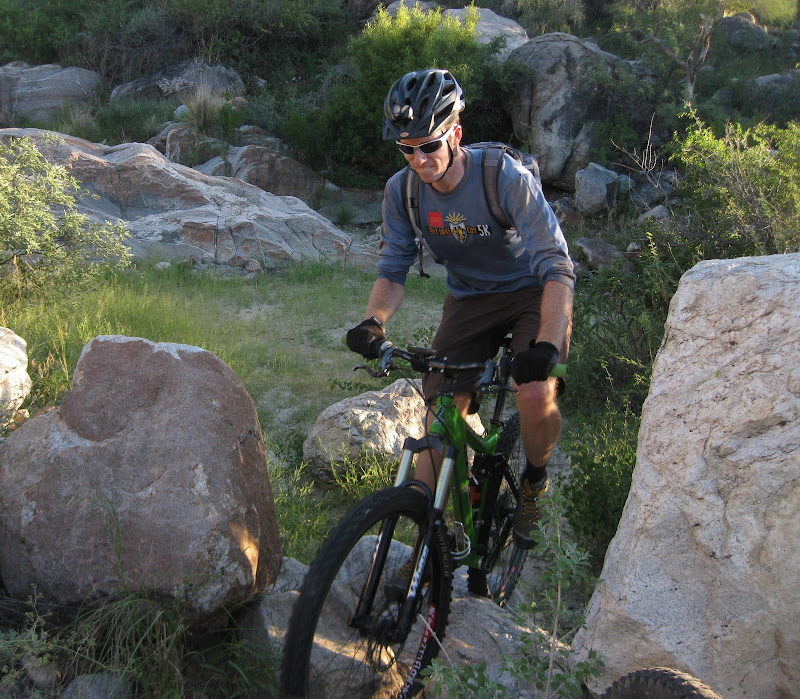 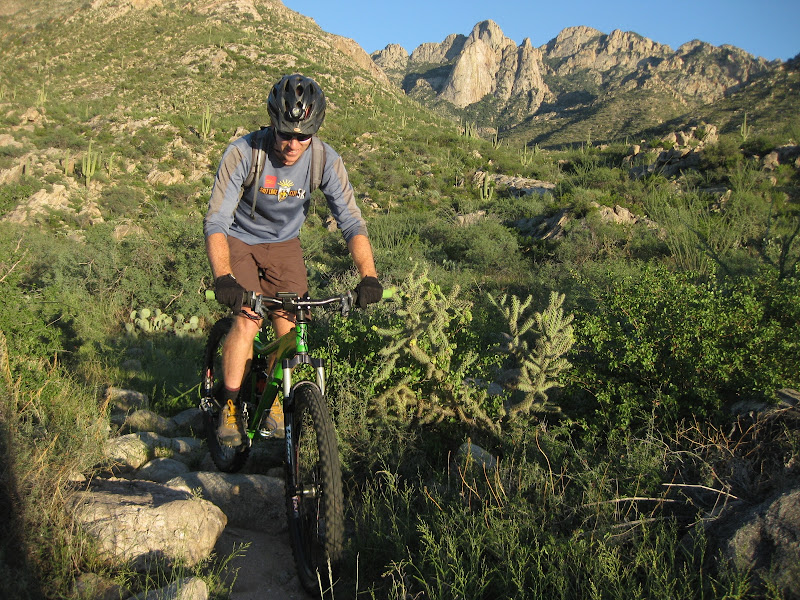 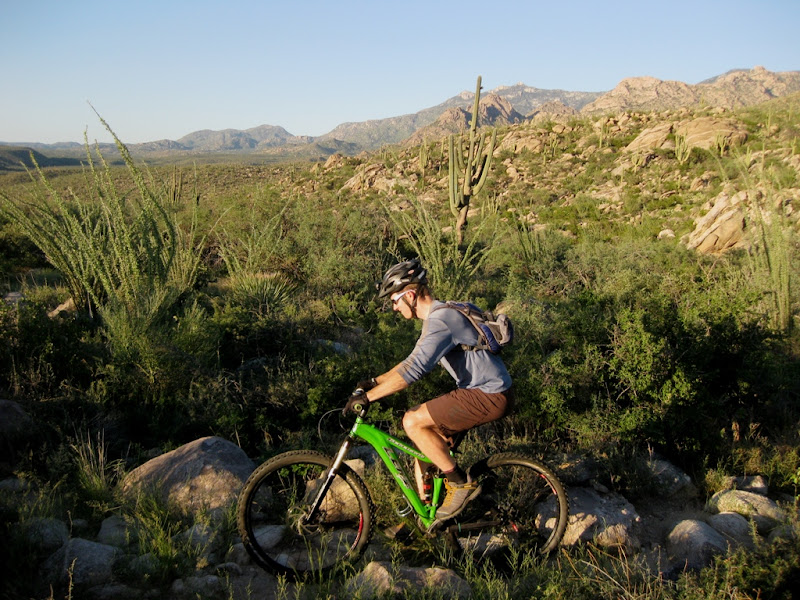 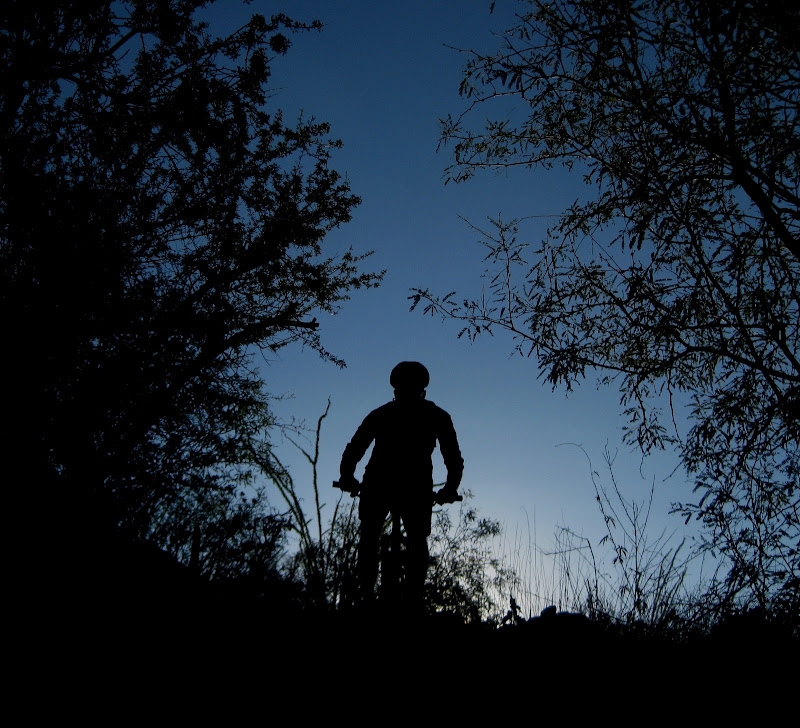 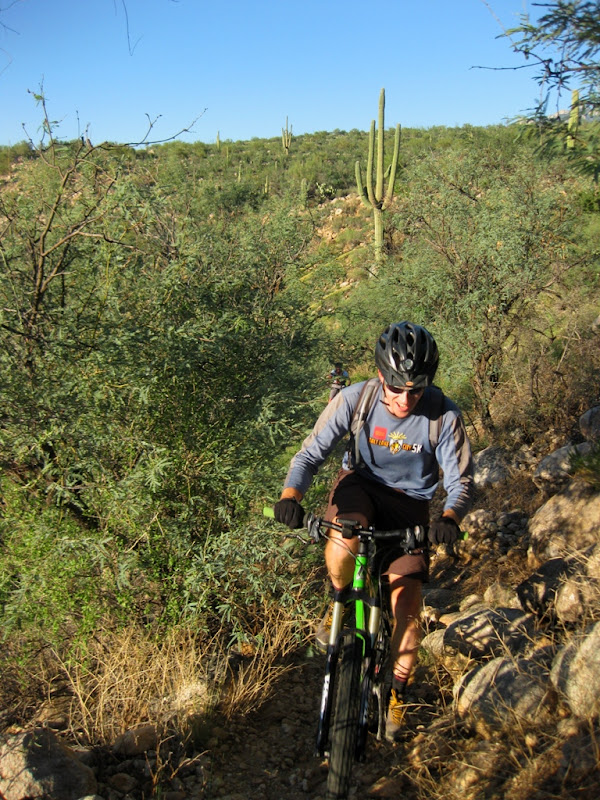 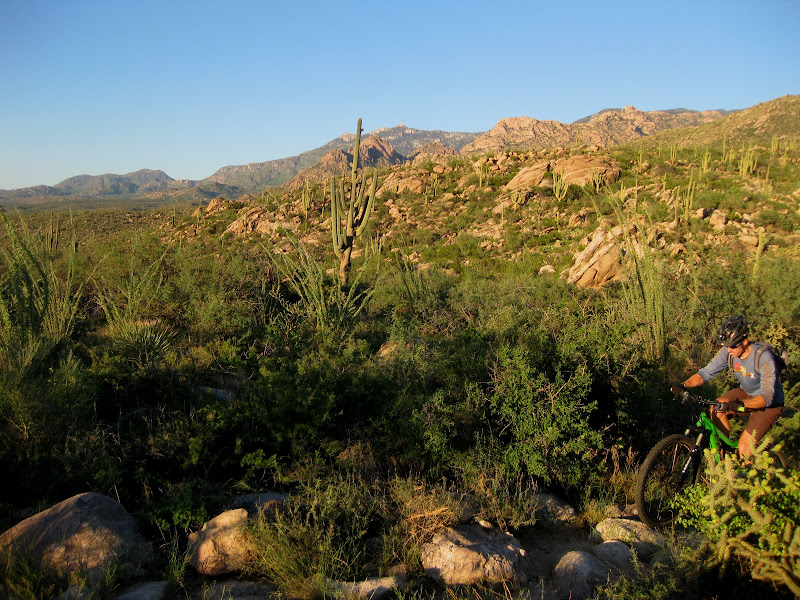 More next Tuesday.
No comments: