Frankly, I was delighted when they said that they named a trail after me a few years ago. I did not think it was going to be an entire mountain though. Since then, I still like to ride over there and see how my mountain is going.

The crew, a perfect sampling of your endurance athletes. Craig from Moab, Darren from DC, Max from Tucson. Here we are leaving Craig's campground at Gilbert Ray (same place Fred from Moab camped when Scott and I met him to ride a similar loop). 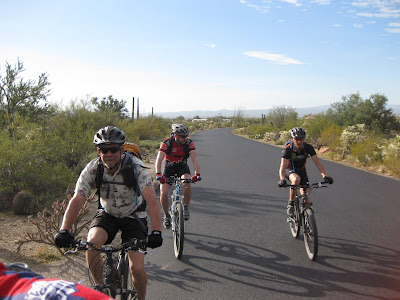 Up and over Brown 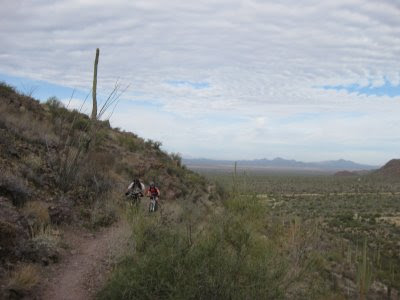 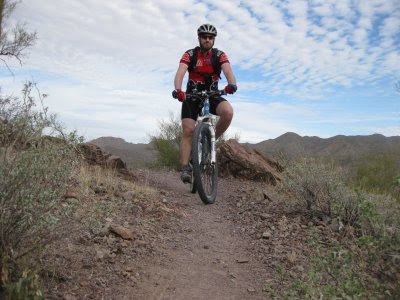 Craig nailing a switchback, he did have to dab a little bit after this shot was taken. 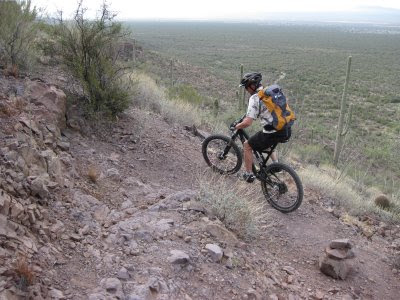 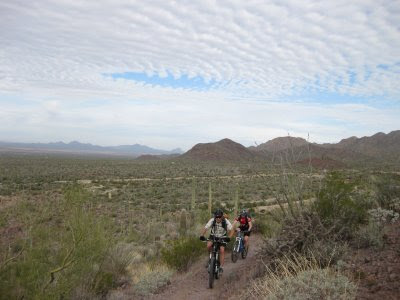 On over to Prospector, then to Starr Pass area trails for a little loop, before climbing up Golden Gate. I had no chance in cleaning all the steps. We got to the top of the pass and saw a hiking couple airing almost all their clothing on the tree next to the Yetman sign. We chatted for a little bit before the crowds from Gates Pass started walking up 1/3 mile up to our point, time to bolt!

I would say there are about 25 rock drops here, good practice on a new bike 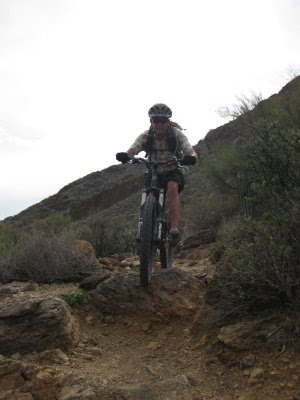 Rode back into Craig's campsite and enjoyed a beer from his very hospitable wife, Sharon. Another good day on the bike. 33 miles.