The meeting time at Pima Canyon at 8:00am was a little hard to make; when I did finally show up, I was surprised to see how many people were under the ramada. I would estimate about 60 people at the ramada along with Clockwork's 20+ riders doing some downhill shuttling. Great numbers for this year's AZSF.

We split into groups and started heading up the mountain. After a nice B ride in Sweetwater yesterday, I was anxious to do ride some good trails on National. The them of my ride was an occassional hike-a-bike, which looks something like this: 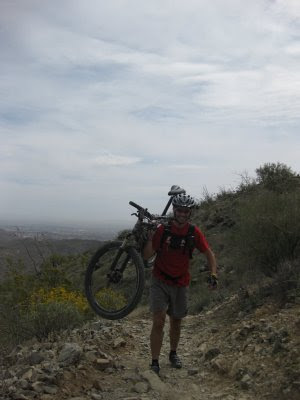 Drew from Santa Cruz had some amazing technical climbing 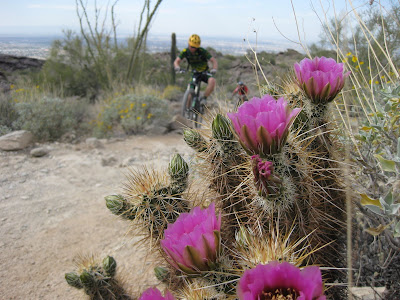 The man that made it all happen for the Phoenix stuff, Cactus Joe, had another amazing aid station with good stuff. 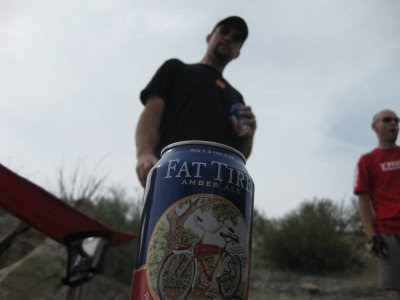 After dropping off to San Juan from National, we rode up to Holbert via the road, and dropped down off the mountain. 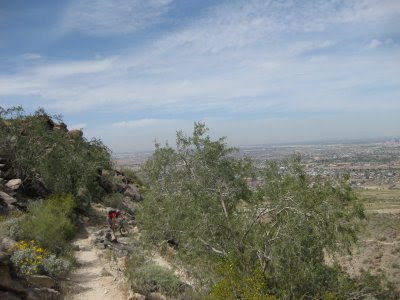 Then we biked up 24th Street to National, 29 miles of good, technical riding with a great group in about 90 degree weather. Thank you again Drew and Matt.