After a week of riding/bikepacking, Kendall and I went on an overnight backpacking trip. It was a great way to spend the weekend.

The following week, Scott and I headed back to the trails for some more riding. First day back was the Red Lady. 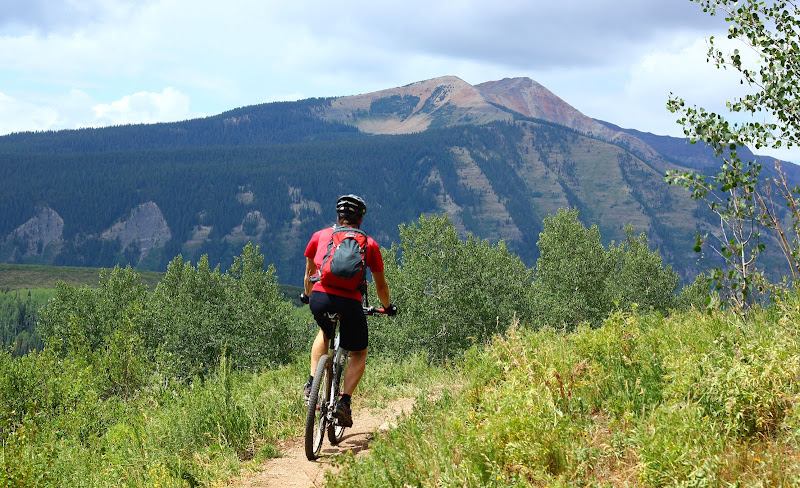 Scott on Snodgrass with Mt Emmons/Red Lady in the background

Turns out the mountain has an interesting history between the miners vs. the locals. It is not uncommon to see "Save the Red Lady" stickers around town. We have a similar battle with the proposed Rosemont mine on the current AZ Trail. It is a tough argument for both sides. We do need metal, but where should we be getting it from is the question. 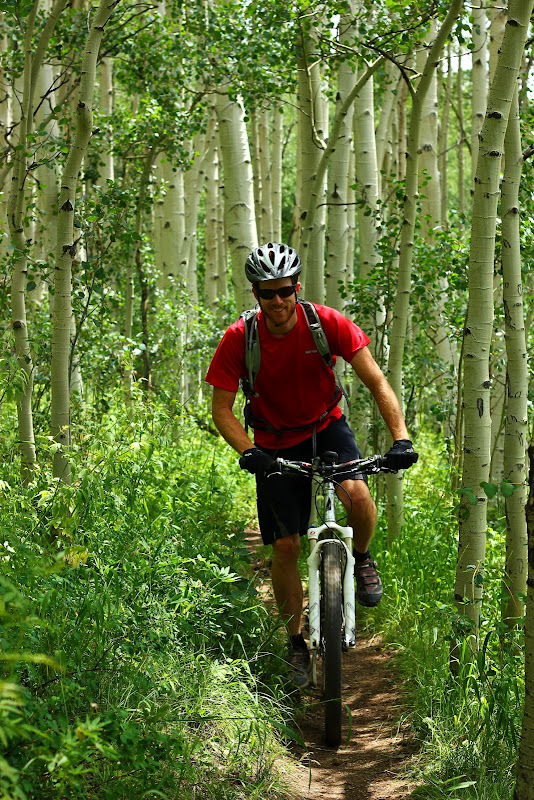 Scott and I sped from Snodgrass to the recently-built Lupine, which unlike other CB trails, has a rather contour feel to it. We met a local running a crazy 2:1 singlespeed ratio riding up Lupine. He cited funds as the major reason for the lack of adequate gearing. I think I uttered something about not really missing my singlespeed days, especially in CB. 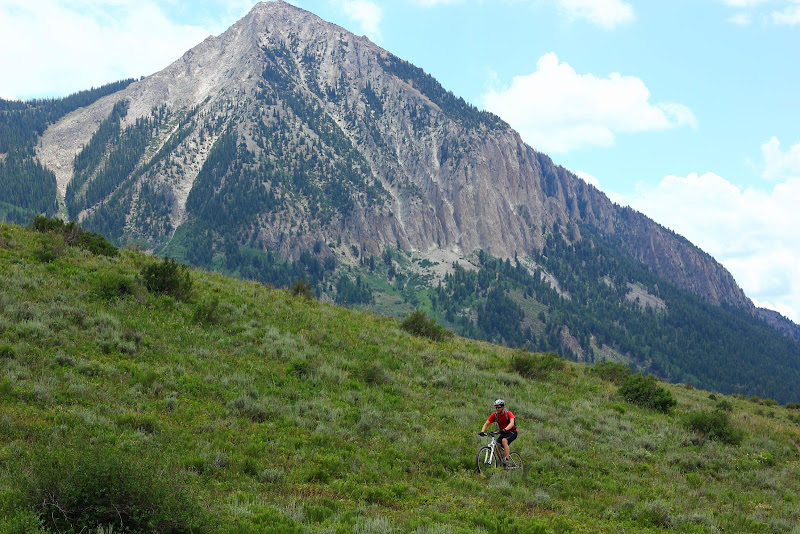 I had a date with the Red Lady. One that would require some serious climbing with the Behemoth.

Along the way, there were several moments to rest and take in the view. 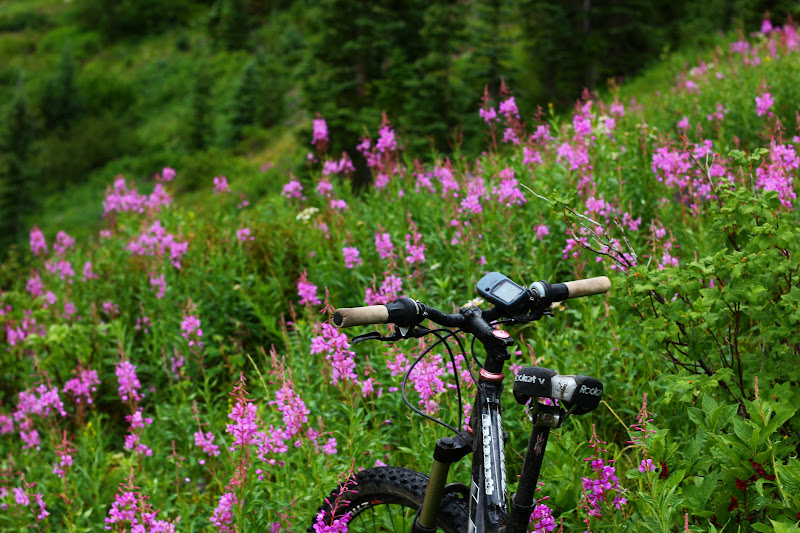 Although lurking storms increased my motivation to get up to the top faster. 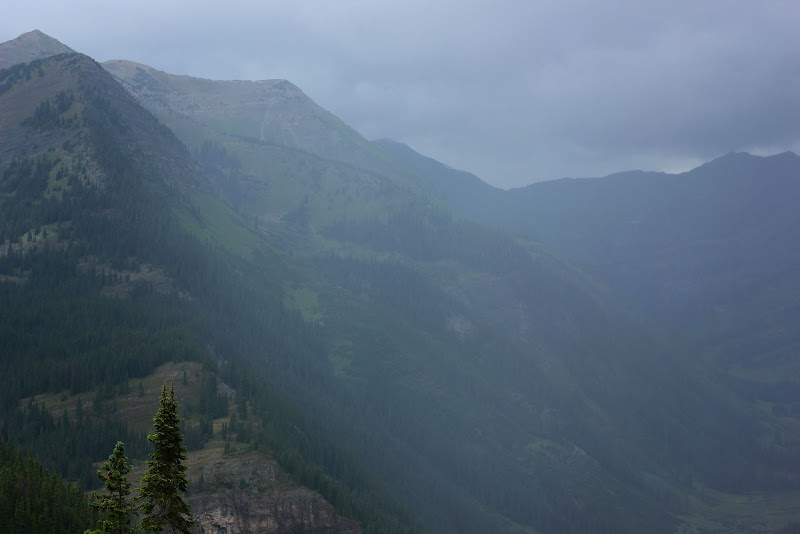 Including a late afternoon storm. It seemed as though the later morning start times were starting to have an adverse impact on the rides. I escaped the major rain storm by hiding out in an old mine. 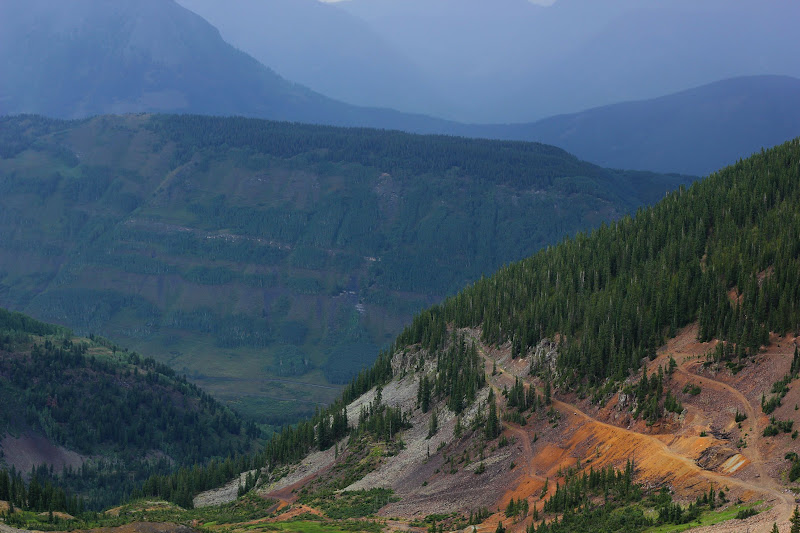 After it let up, I started the climb back up to 12,400. The storm in the above picture skirted to the east thankfully, allowing some more uninterrupted climbing. 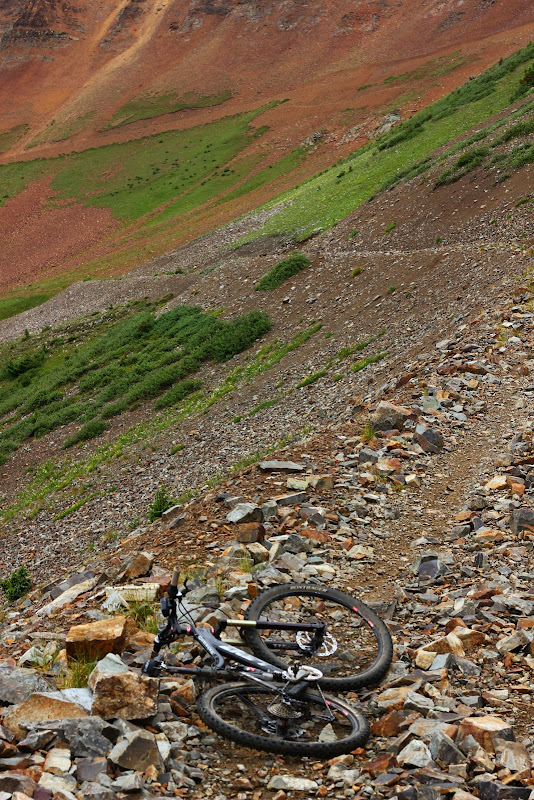 Hike-a-bike anyone? I had to walk quite a bit. I figured it was either the Behemoth's weight or the gearing, maybe even the rain contributed to it.....that said, perhaps you could ride this without dabbing? 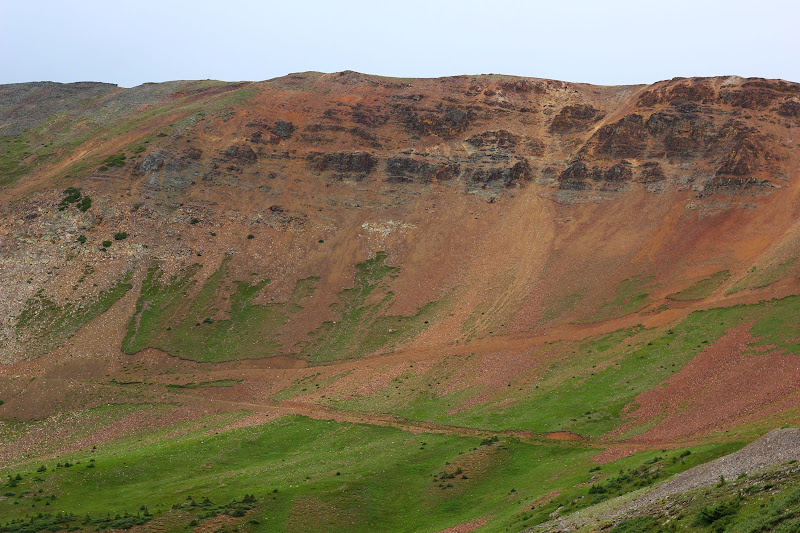 I took a few more pictures before reaching the top. After 2.5 hours of climbing, I was expecting for a little more view, but it was blocked by a 360 degree cloud cover. Bummer.

Those clouds quickly became darker and scarier. Not what I had in mind of a solo run down Red Lady.

I hurried as fast as I could to the summit, running the hike-a-bike at times. I hesitated at times, questioning myself....should I just turn around and ride back down the dirt road?

The rain was back. Shoot! It made it harder to hike up the crushed rocks.

Next a huge crack of thunder. What was I doing up here?! 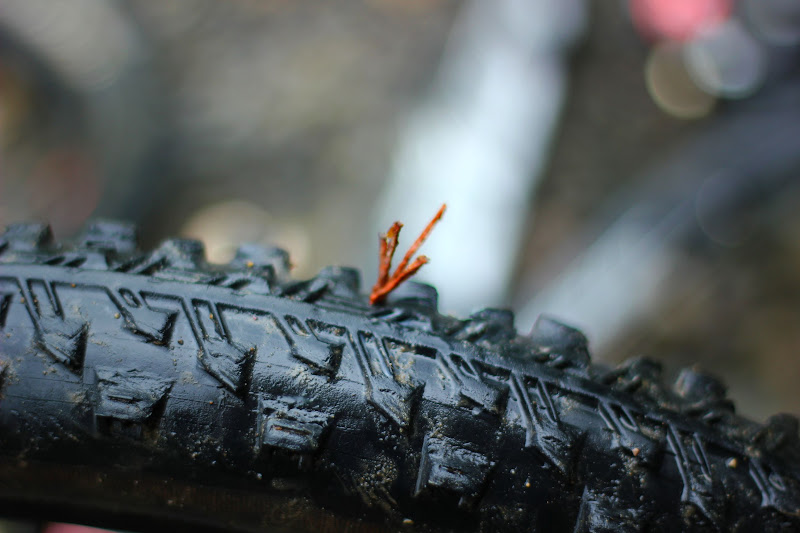 Then came the flat, which I had to use two GI/Stan's plugs. Fixed it immediately.

I raced down the mountain while the thunder and rain kept coming (raced=as fast as humanly possible given the conditions). Getting back to the tree line was the immediate goal.

As soon as I got back into the pines, things seemed to be a little more calm... 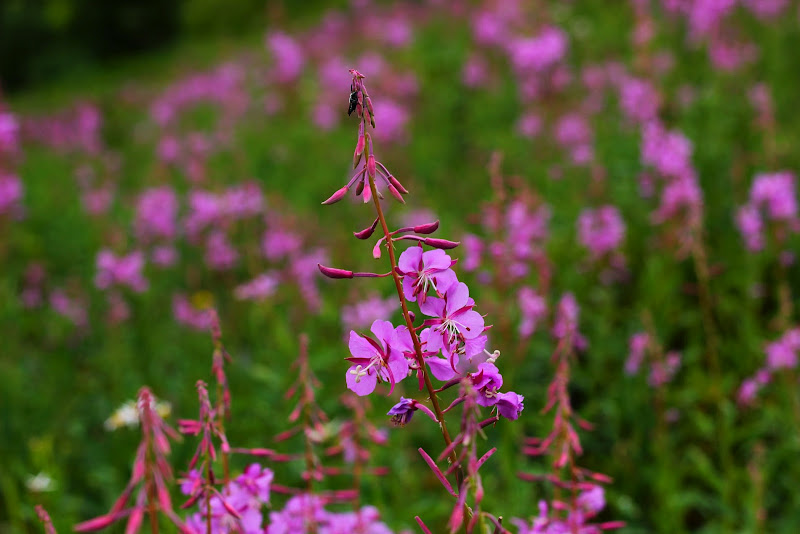 and the wildflowers seemed a little brighter because of the rain. The beauty of nature, from the thunder to the wildflowers. Despite it all, I did enjoy the ride, although I may have missed a few moments to really *enjoy* the descent.

With switchbacks like that, and a promise of 12,400+ I would have chosen Red Lady as well. Phenom.

ScottM said...
This comment has been removed by the author.
8:24 PM

You show amazing restraint in NOT blaming my lazy butt for the late start / tsunami encounter. Great pics all around.