After talking over the idea of doing another bikepacking trip, Scott and I decided on doing two day trips around town.

Scott had to drop M off at Frisco, so we meat half way at Taylor Park to explore Timberline Rd. I rode to Tincup while Scott was heading over Cottonwood Pass....one car at Taylor Park, the other at Tincup was the plan.

We climbed up from Tincup and soon came across the best view of the day... 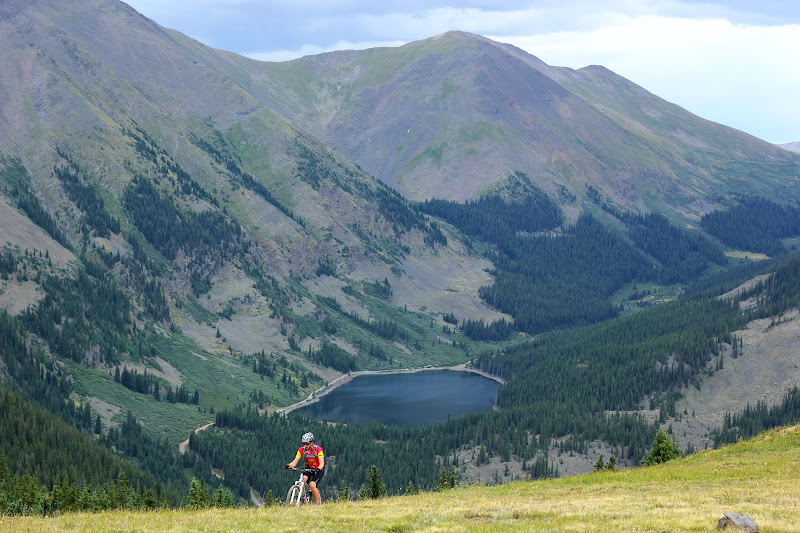 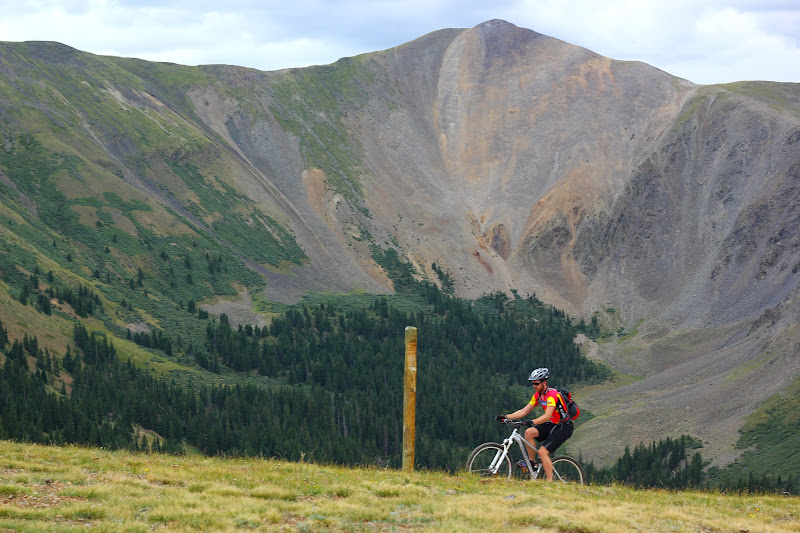 This section of Timberline was the best part of the day. 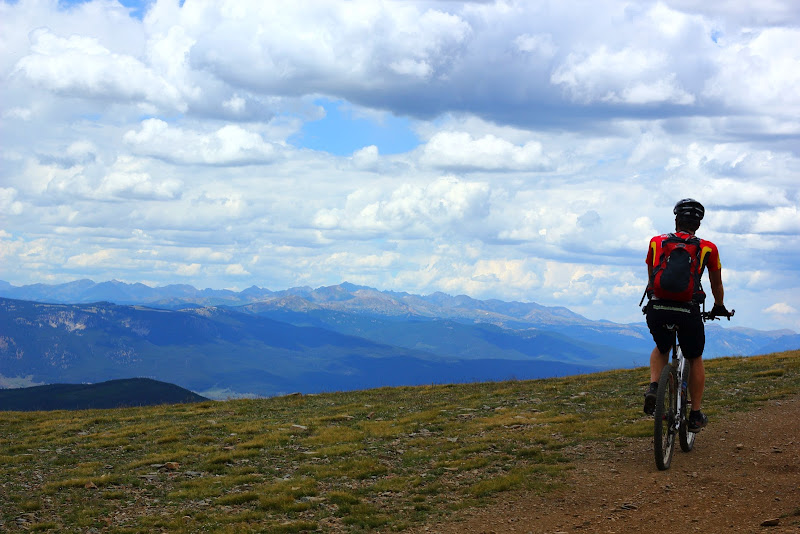 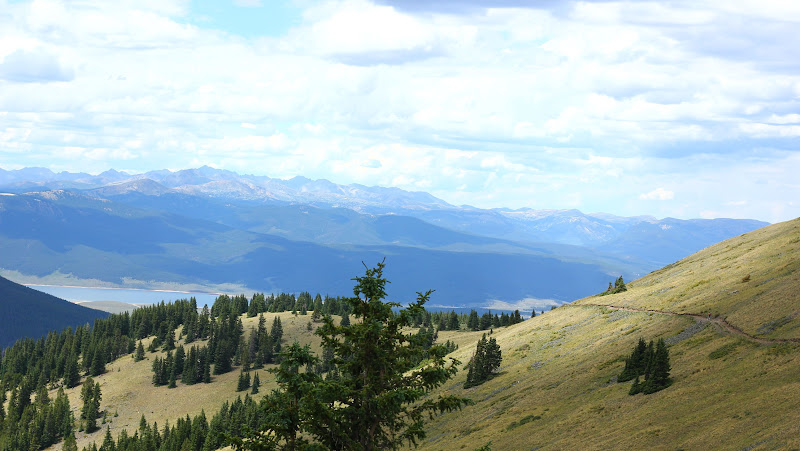 Phenomenal views of the valley below, this is how a trail named "timberline" should be.

The rest of the trip was on mediocre back roads/singletrack, although there were a few fun moments. 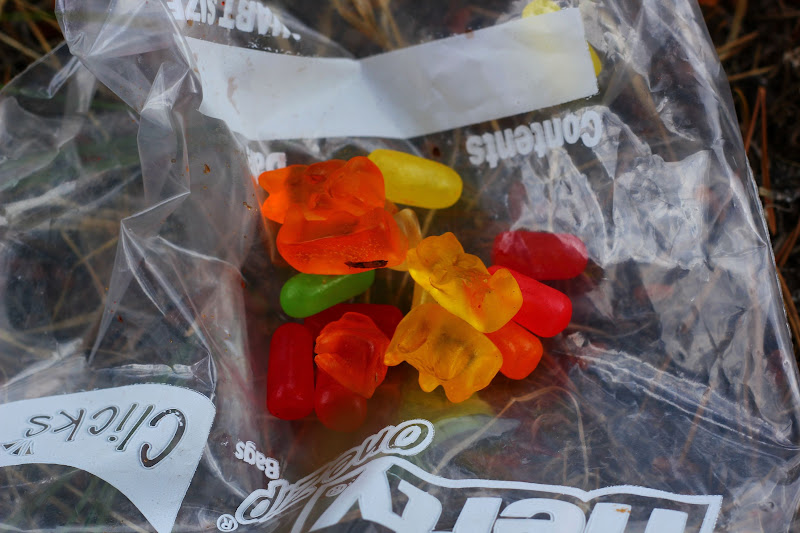 We got a little bit of rain as we headed north toward Cottonwood. After working on the Continental Divide Trail two weeks before this ride, I was surprised to see the condition of the trail since it was open to motos. After the initial climb from Mirror lake, the trail could be described as rutted and in large in most places.

It did get better before it got worse. 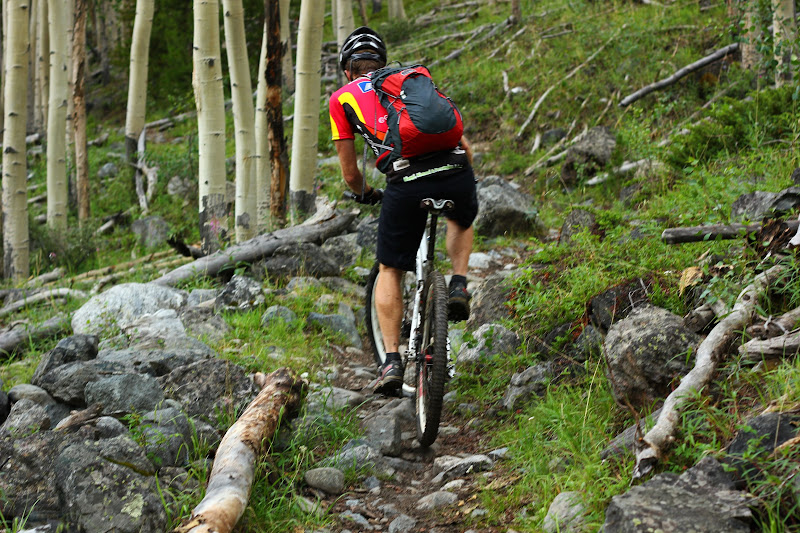 The singletrack sections of the CDT were well done. These sections were really rocky and fun. We passed Cottonwood Pass (after a 20 minute rain storm) and dropped down. We were surprised that the trail dropped back down 2k feet from the pass.

Short on time, we decided to skip Texas Ridge. We had heard good things about this trail from JennyJo; so it was a particular bummer that we were not able to ride Texas Ridge Tr. 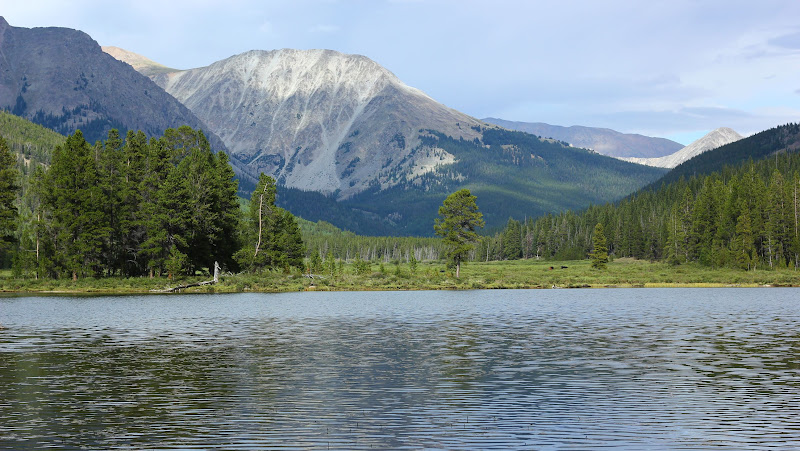 We stopped at this quiet, serene lake before we headed back to Taylor Park. Exploration is fun at times, although it can sometimes yield some mediocre riding. If I were to do it again, I would do the climb up from Mirror Lake and possibly head south from Tincup to Cumberland Pass toward and check out more of the CDT.