Lee conjured up an idea about a route that would go from Sierra Vista to Sasabe, some 300 miles in length. Epic, oh yes. Even the name fits the route....Border Express. Lee even expressed some ideas about eventually crossing the border and looping back on the other side of the fence. Today, we were only going to ride a fraction of the entire route. 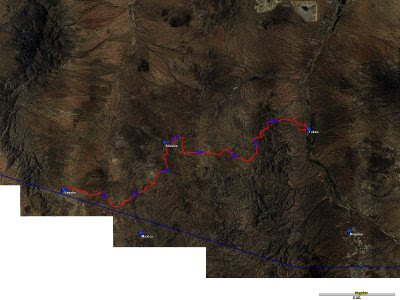 The picture does not really do justice, but it gives you an idea about where we rode. We left Lee's house at about 8am this morning and began to ascend the Tumacacori Mountains. The morning was a little chilly, but the high was going to be in the 60s today.

Lee and Jason with the Santa Ritas in the background 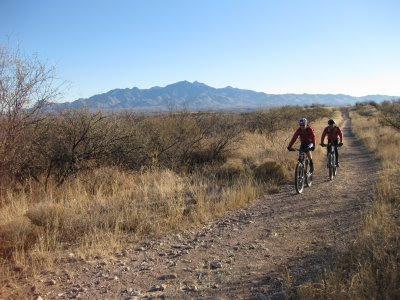 Another good shot of the Santa Ritas with Lee 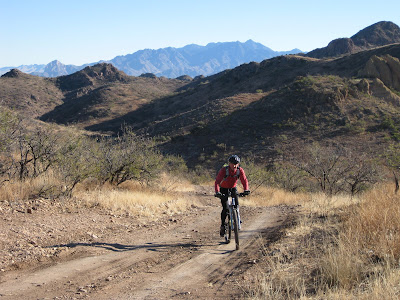 The weather was perfect (in the low 60s) and the route was very scenic, the perfect combination for a great day on the bike.

Lee and Jason pictured in the double track. Can you see them? 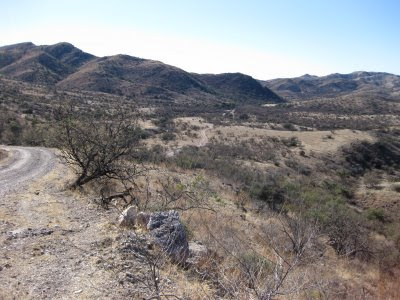 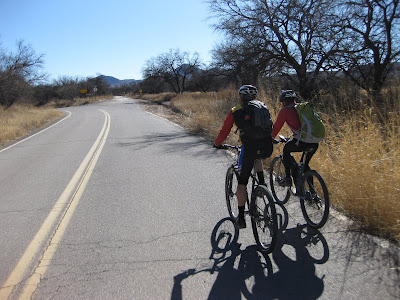 We stopped at Gadsen Coffee and Cafe in the town of Arivaca. It is a small, quaint town near the border, not really on the radar for anyone save a few older couples riding through to the Buenas Aires National Wildlife Refuge. We rested and ate for about 40 mintues. Great food and coffee. We headed off to Sasabe, counting the SBI virtual fences and border patrol agents on our march to the border (3 SBI and 4 agents).

We arrived to Sasabe a bit earlier than expected and headed to the local Sasabe Store for some food and drinks.

Nothing much in downtown Sasabe, just a few houses and the store shown below. 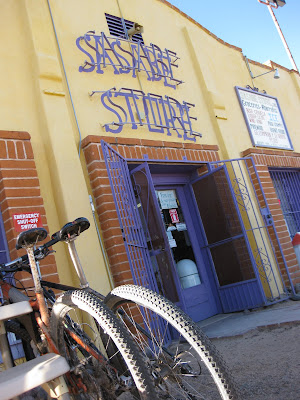 And headed to the border to peer over into Mexico 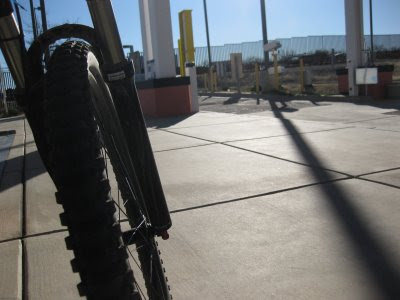 I look forward to Lee finalizing the entire version of the route. It should be an epic ride with some amazing scenery, especially done in the Spring.

Jealous! Didn't have this one in me today, so it was best I stayed home.

Did Lee / Jason do a shuttle beforehand, or how did you get back?

Border Express is going to be a monster... except it starts at New Mexico and takes the Camino Diablo to Yuma...

I forgot to mention that Joan picked us up in Sasabe! Very nice of her!

I would love to ride the entire route one day, from NM to CA.