The goal of last week's ride was to test some overnight gear and find a connecting route between Willow Springs Road and the town of Oracle. Rumor of a connecting route via Biosphere II was been floated around between Lee, Scott and I since last year's Antelope Peak Challenge. The route I found lent itself very well to the APC, only that it did cross over some private property about 1/2 mile outside of Oracle. I decided not to continue past the private property sign.

Feeling defeated, I started to head up toward Mt Lemmon (south from the private property) on some combination of cow single track and forest roads. I came across a very large sand and gravel pit (which can be seen next to the Biosphere 2 on aerial shots, I just never knew it existed). With the pit came more cow singletrack and large man-made lakes. 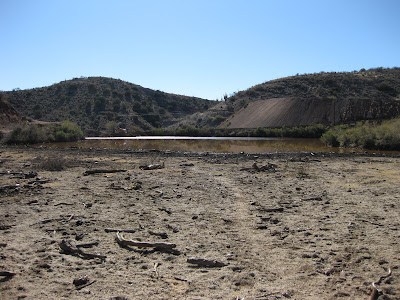 Climbing up from the mine, I started to climb (see profile below) on some very, very steep forest roads (frankly, they are some of the steepest I have ever descended/ascended). 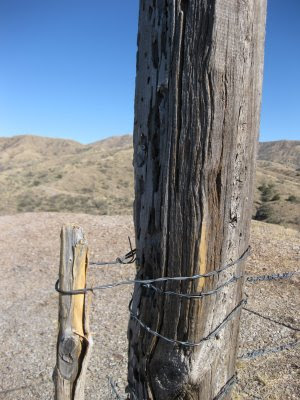 The route up these steep sections eventually had me thinking about introducing a harder version of the APC, perhaps a 125-miler that would have more than 18,000 feet of climbing and would combine this route with the Arizona Trail (best part would be a small section that we would climb up on Oracle Ridge!). More exploration is needed in this area, but it is definitely possible). 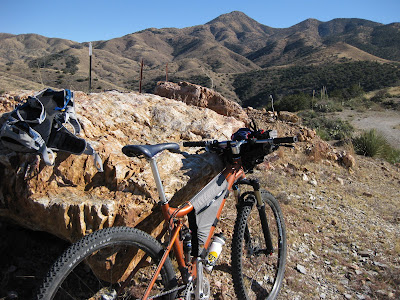 The route eventually had some good views of our intended destination, Antelope Peak, and also connected with the lower sections of Oracle Ridge and later the town of Oracle.

Antelope Peak in the background 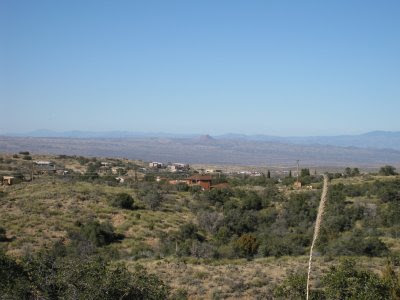 The passage had been found, although after a hard and long 6,000 feet of climbing. The route back to Willow Springs from Oracle introduced another unknown route next to the highway, the old road. 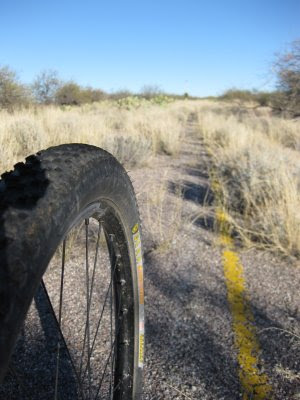 I got back to the car at Willow Springs a little early, so I opted for some late exploration on some more cow singletrack next to the Willow Springs Road. I found some good sections of single track around the tank ponds that would be fun to explore, but nothing suitable for more APC stuff. 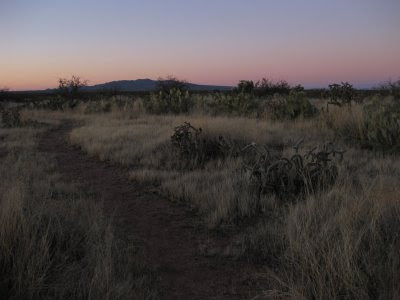 Some final sunset pictures from the days ride 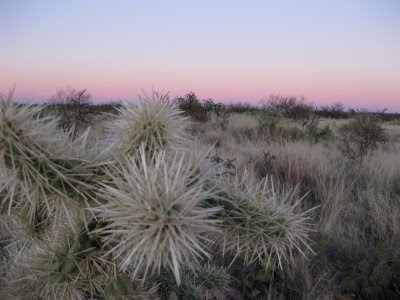 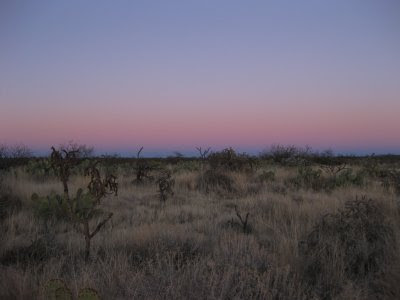 Check out some of those steep climbs in the profile