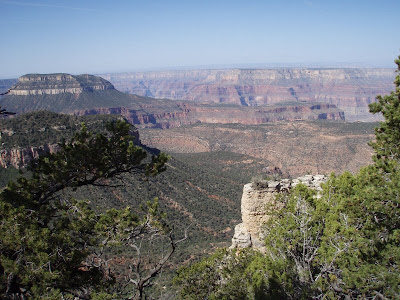 125 miles and a DNF. This race is without fail one of the best races in all or Arizona. The combination of single track, amazing views, and scenery were worth the drive. Unfortunately, Nathan and I got lost at around mile 107 and decided to bail to the road rather than retracing our steps only 6 miles to the drop off of the plateau and climb the 1600+ feet. The major problem that I faced during the race was breathing and a little saddle sore from the new saddle.

Lessons learned: bring the inhaler on long rides that have high elevation and/or cold weather. I felt great during the first half of the ride, but quickly began to deteriorate thereafter due to problems breathing. More riding on Lemmon might help my lungs adapt to the altitude. This same thing happened at the 24 Hours of Old Pueblo, although then the cold weather was at fault. Bringing cue sheets and being more prepared would have helped also. I guess when you know the race organizer, you assume it would be hard to get lost.

Fun was had by all, especially the post-race drink at the North Rim with M and Dave C. Dave and Lynda's crew provided some great comic relief during the entire weekend. Hope to see you and the family soon. More importantly though, Dave and Meredith were nice enough to wait around until my car started. Thanks again. Silly benz. I need to do some work on it as soon as I can muster up the will power.

Looking forward to some Lemmon riding this week and this weekend as temperatures heat up to 100+ degrees.

WOW!!! Still, 107 miles? congrats on that, dude. good thing you didn't take max with you. He would have been naggin at you about the same thing he nags at me..."you should have brought your inhaler!"