Not really 100% sure what our loop would be, James and I started riding from Jacob's Lake toward the Rainbow Rim Trail. 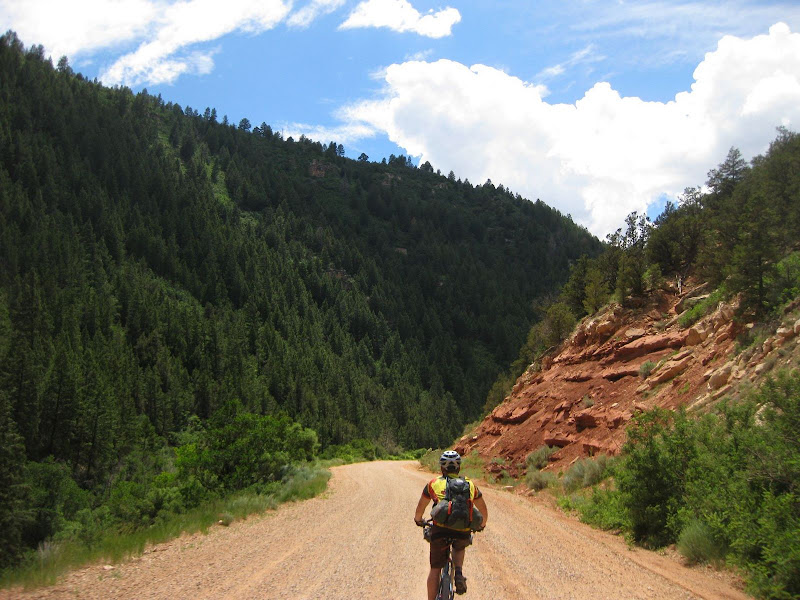 The idea of completing the 200-mile loop was one option, our second option was to take the best parts from the 125-mile and the 200-mile versions and to form a 150-mile version. Both would use at least 30 miles of Arizona Trail from the North Rim of the Grand Canyon until our car or perhaps even farther to the Utah border. 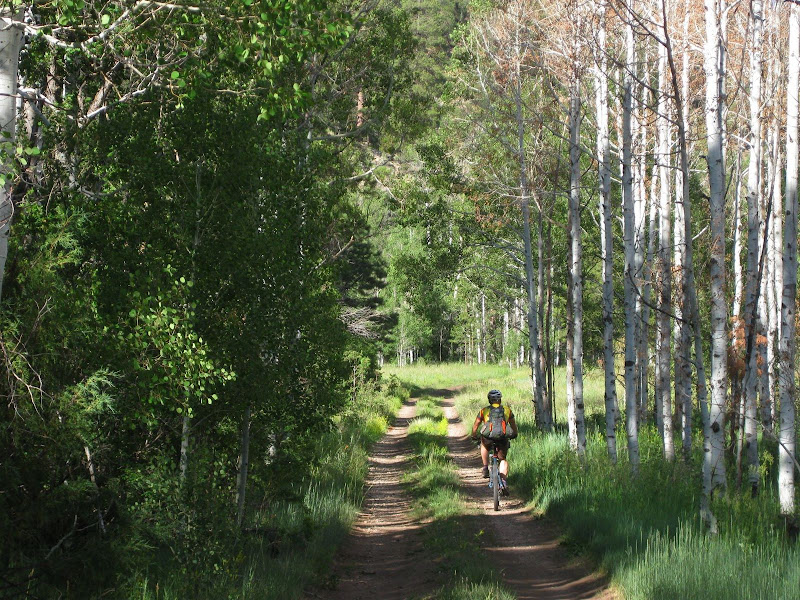 Frankly, this early in the riding, I did not care what we did. I just wanted a few days on my bike. 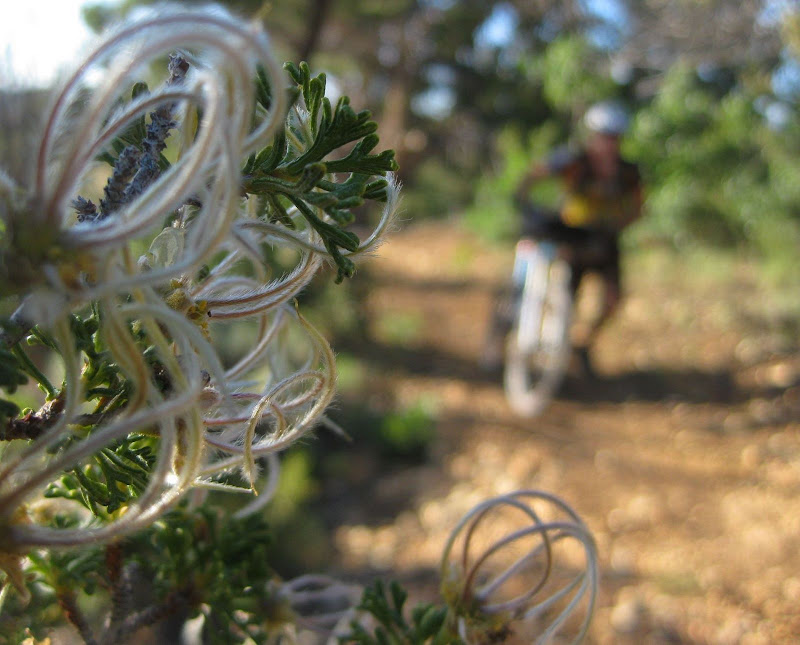 Despite a late start, we were chugging along mostly in part to James' zeal. Although not new to the outdoors, he had never officially bikepacked. 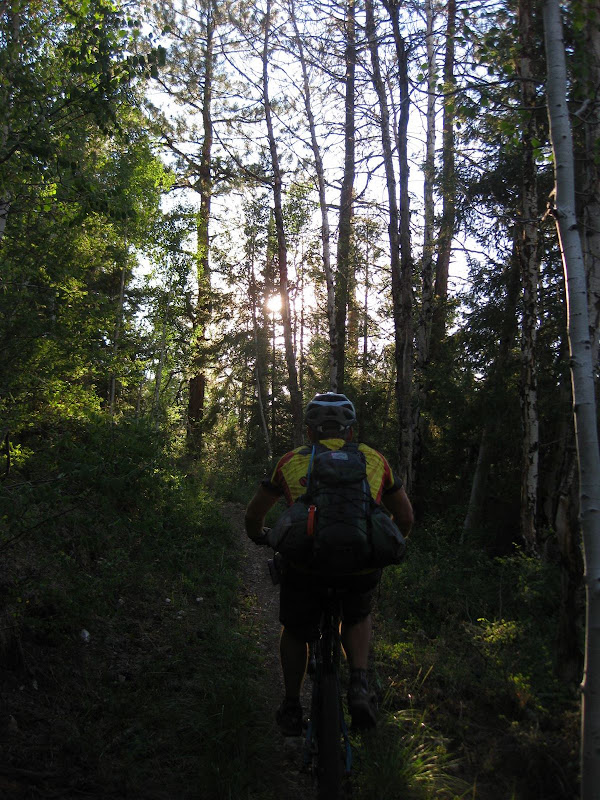 As we got closer to Rainbow Rim Trail, the lighting really provided for some surreal moments. Mandatory breaks were necessary. 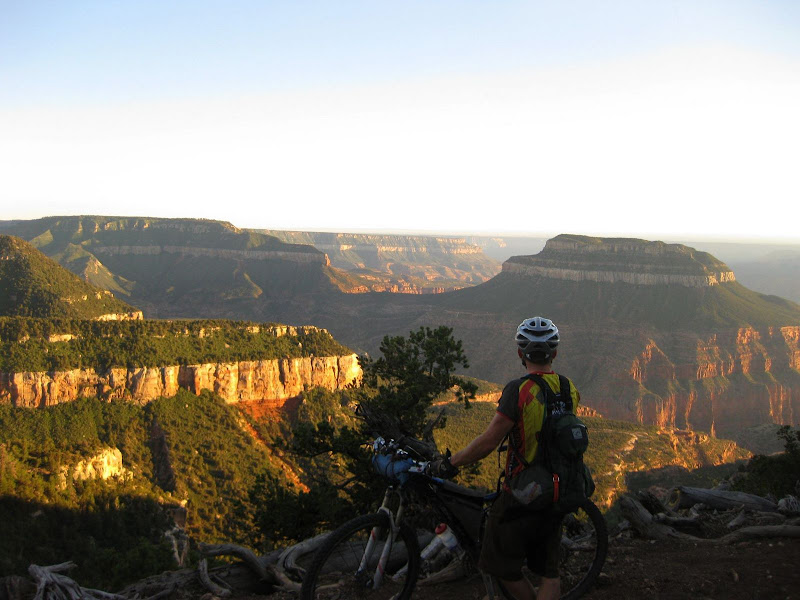 This is a special place, visited by only a handful of visitors a day. Definitely a stark contrast to its counterpart, the North Rim. 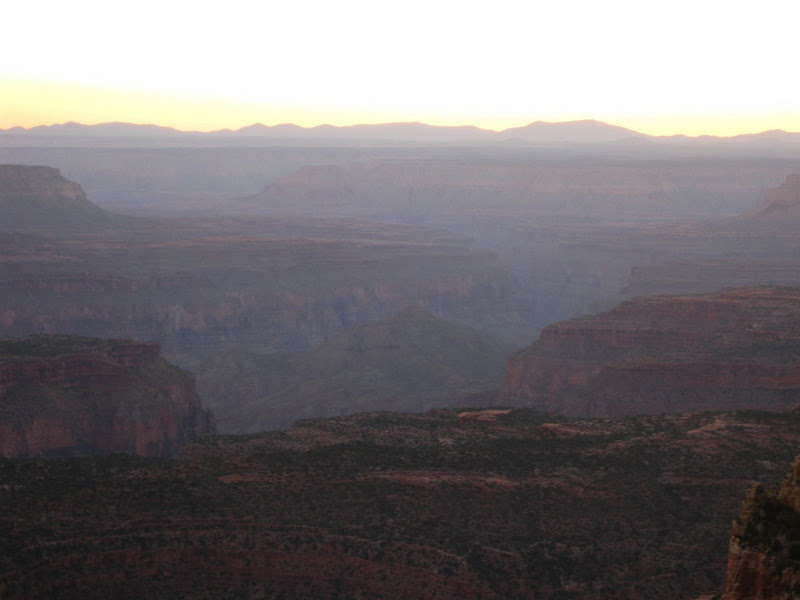 60 miles completed for Day 1. It turns out that I had a friend camping at Locust Point. Free PBR and a water refill was the best part of this coincidence. We chatted until late about biking, river rafting, hiking...basically anything about the outdoors.

beautiful photos. We of Brazil love your blog!
www.offroadbikers.blogspot.com