The next morning, Lee and I awoke to a cooler morning. Today would dictate the rest of the trip. Plenty of unknowns lay ahead. Lane Mountain Trail, Bradshaw Trail, Milk Ranch, Cottonwood Canyon and De Soto Forest Rd along with numerous forest roads that I had drawn in from aerials. In deciding to take forest roads (instead of the Crown King Rd), we would be doing a steeper, longer route to the north through De Soto Mine.

Basically, all of the proposed route was from aerial shots and moto GPXs... 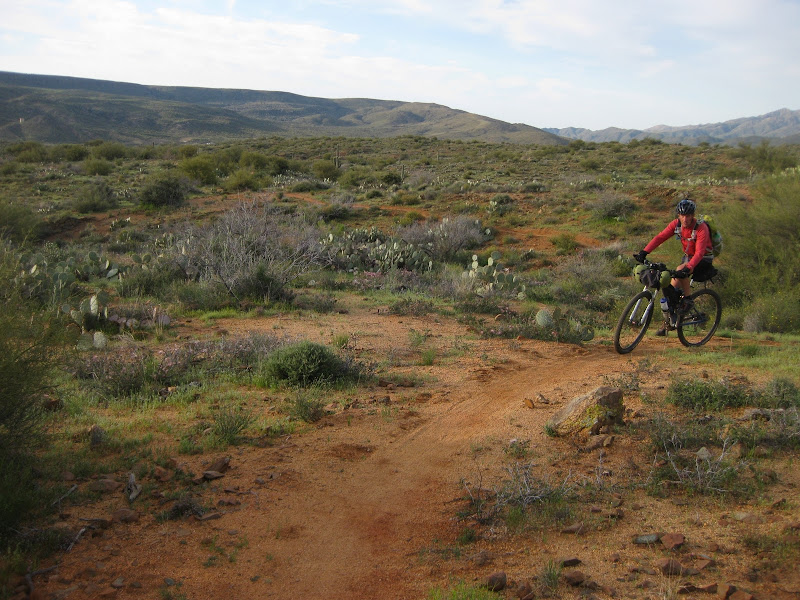 We finished off the remaining Black Canyon Trail (BCT) singletrack 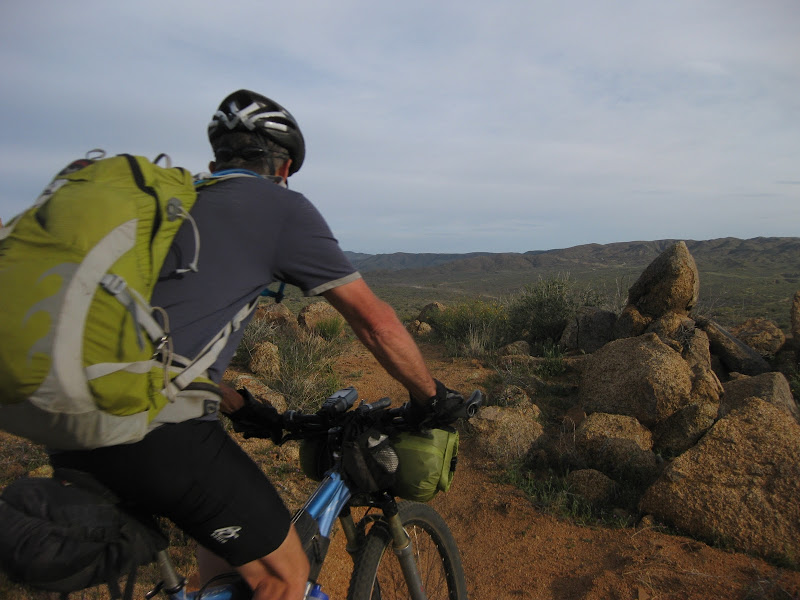 before pressing on to Crown King Rd to the town of Cleator. 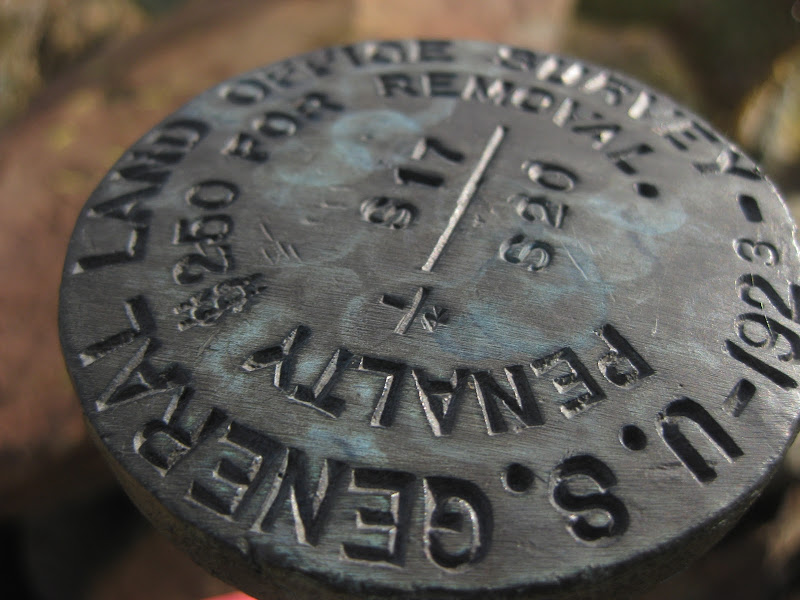 At the town of Cleator, we found a closed bar and General Store. Cleator is a town of about 8 people and 9 corresponding houses. It was still pretty early in the morning, so the ghost-like feel of the town only increased our curosity to take a quick break in look around.

After a quick snack, we pressed on to the De Soto Mine Rd. 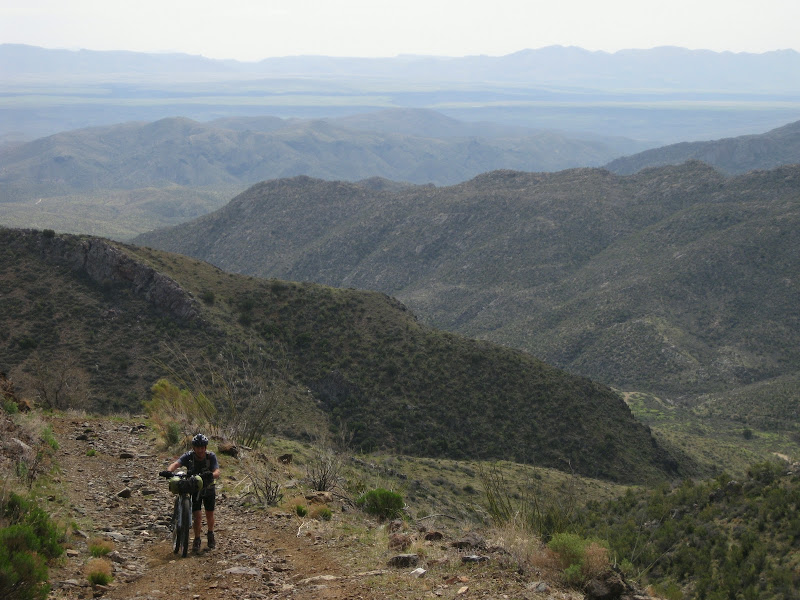 Lee has is running a 20x36 on his Leviathan, ergo you know it is steep when he is walking something. We went up and up on the De Soto Rd. 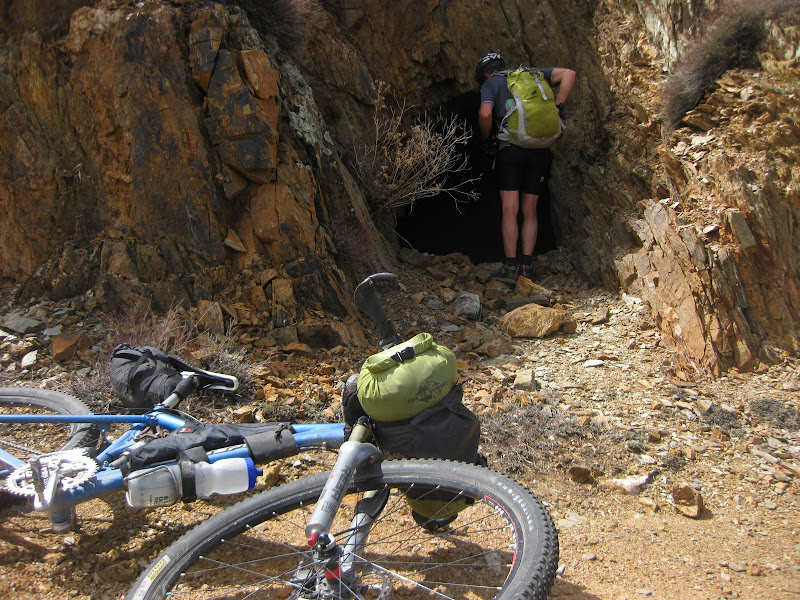 Checked out the De Soto Mine and a few others only to see that we had to drop down into the next valley. 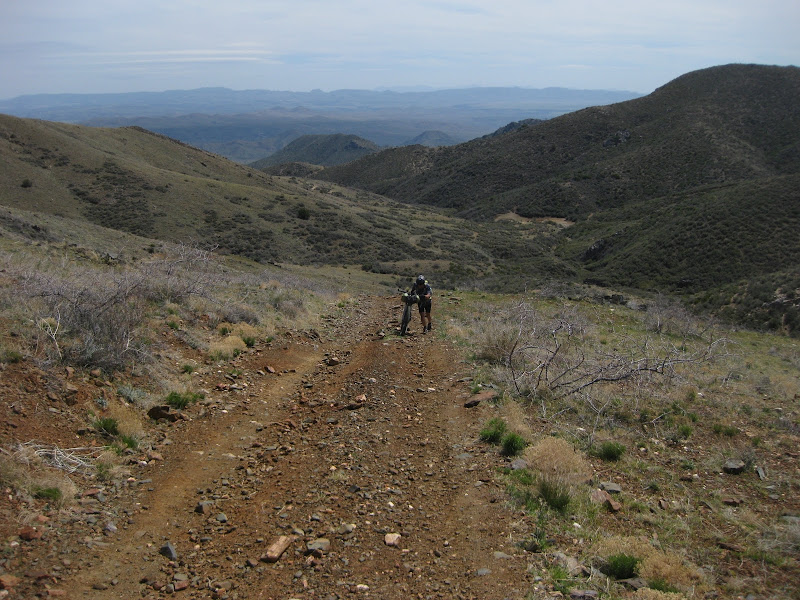 and then climb back up again. We did this a 4 more times, super steep drops followed by a super steep ups, some of the steepest I have seen. We did find some singletrack on route, but it was too late. 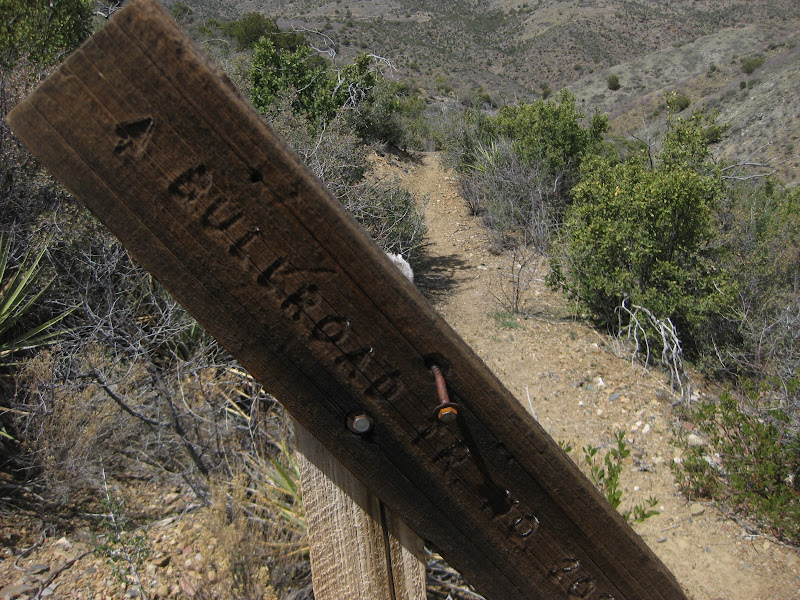 The General Store at Crown King was closing at 4pm, nearly 2 hours and about ~4,000 feet of climbing from our current location/route. Also, snow storms were predicted for that night and the following day. We re-calcuated and hased out the plans. Continue up on route to Crown King or bail back down to Cleator?

The words from Lee echoed in my head as we chatted about the next pass..."Crown King or Bust!"

We hit the wall and hit it pretty hard. Getting shut down by your own route, a route that you carefully designed for at least a week, is tough. Weather dictated our change of plans to the BCT (instead of doing the McDowell-Cave Creek) and it was forcing us to change again. Although shortly lived, I felt discouraged. 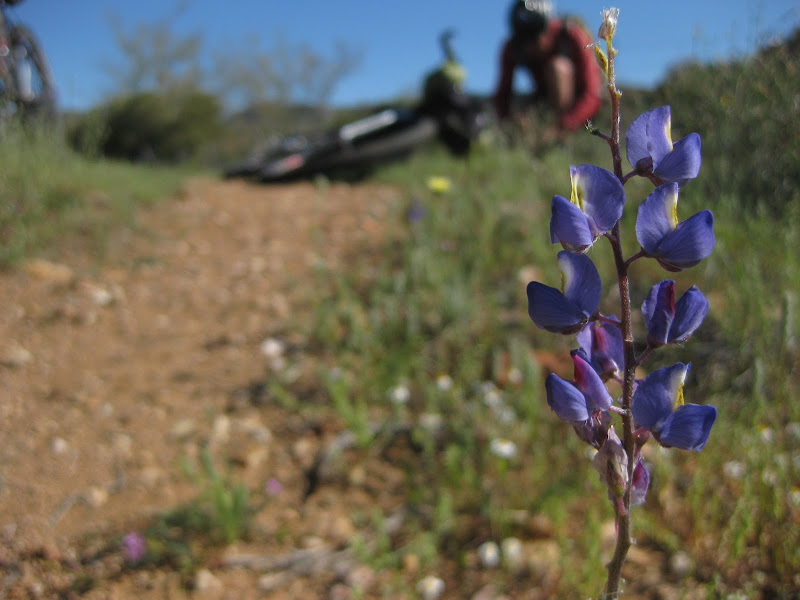 Another epic quote from Lee put things in perspective...."We are lucky, lucky to be out here, to have time off, the fitness level required or even to have bikes and gear that are capable of doing these things"

Amen, amen and amen...we are lucky.

Crown King singletrack exploration will have to wait a few more weeks/months. For now, I was just happy to be riding in this remarkable area. We headed down to Cleator for some much needed food and liquid that came from the only place really open.... the 100-year old Cleator Bar. The place looks like it has not been cleaned for the past 15 years, dust from the dirt road in front lines every inch of the place. Insulation is sticking out of the ceiling, the place is lined with old license plates, signed dollar bills, and mining memorabilia. 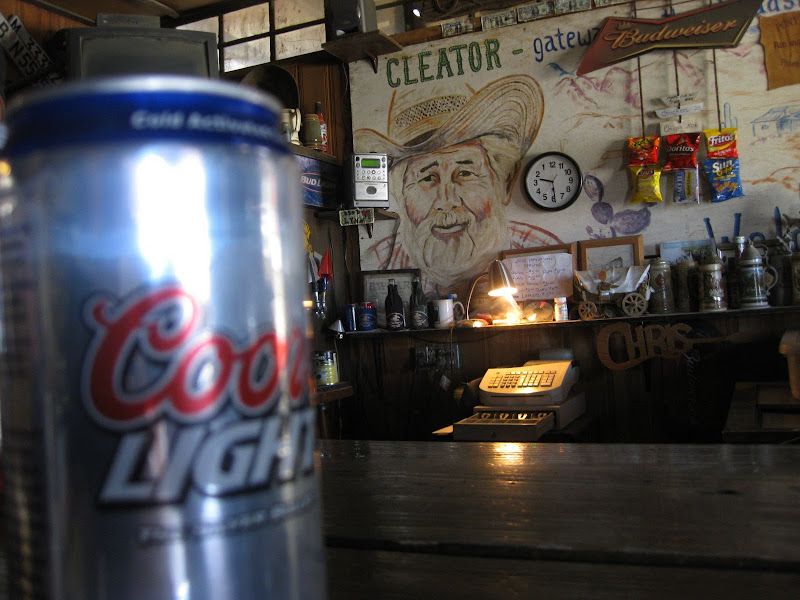 We got the background about the bar and town of Cleator from the only paid employee in Cleator, the bartender. Basically, 90-year old Betty Cleator owns the entire town. Nobody has ever seen her; they just send her checks each month to her address in Texas. When she passes away, her son will inherit the town. Nobody has seen him for 15 years.

Bailing to Cleator also meant a change in the food. The Cleator Bar only had beer and chips. We had to head to Cordes Junction to resupply, a 10-mile, one-way detour. About half way up the dirt road to Cordes, a local of Bumble Bee asked us if we needed a ride. We politely accepted and got whisked off to Subway.

Stomachs full (and an extra sandwich for each of us), we headed back to Black Canyon Trail singletrack.