The past two weekends, I have been exploring some routes near Superior. The first area was near Oak Flat. The mine at Oak Flat has been a contentious debate for many years, especially the last 3 years. Just in February, the protesters were back in the news. Given the geology, it is hard to argue the *need* to have a mine in this exact location. 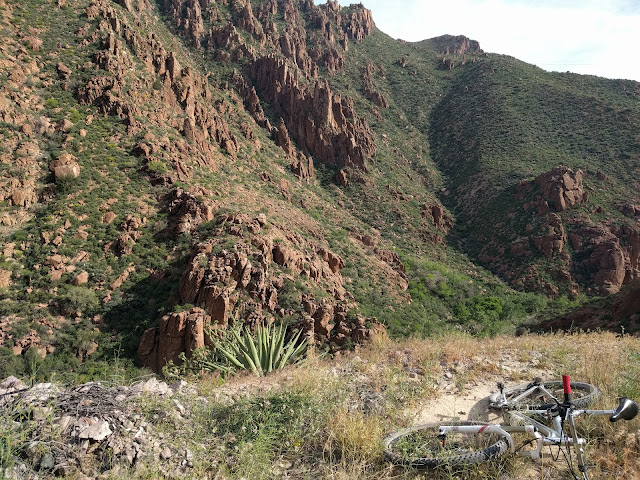 And some highway to get to Oat Flat. I mostly perused each of the possible avenues; according to aerial shots, both seemed viable. Here are some shots from the rest of that trip from the phone. 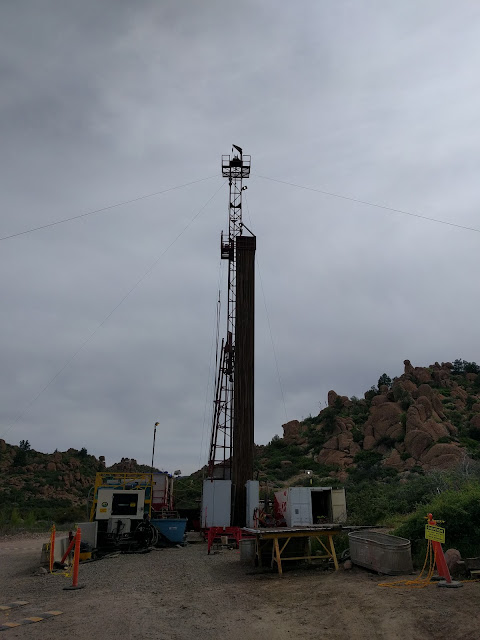 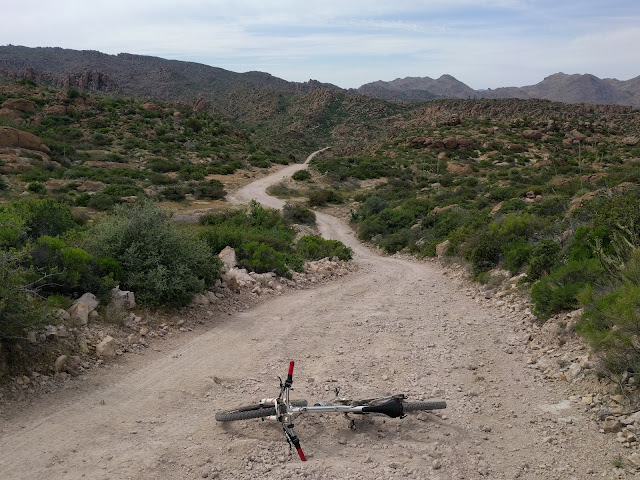 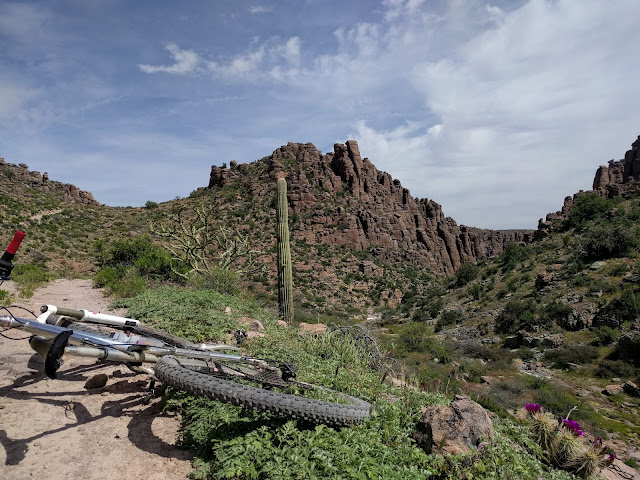 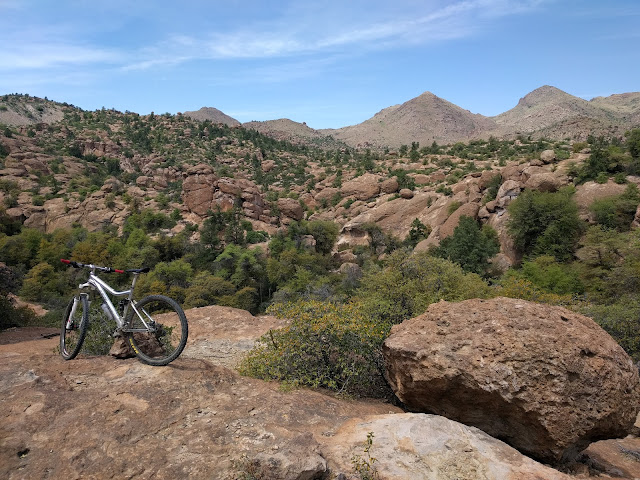 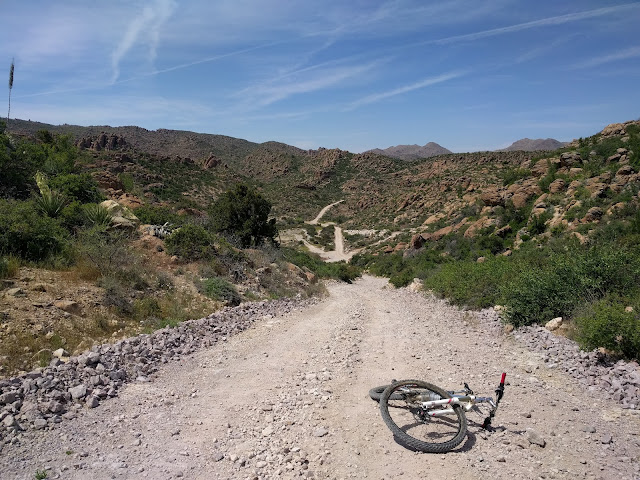 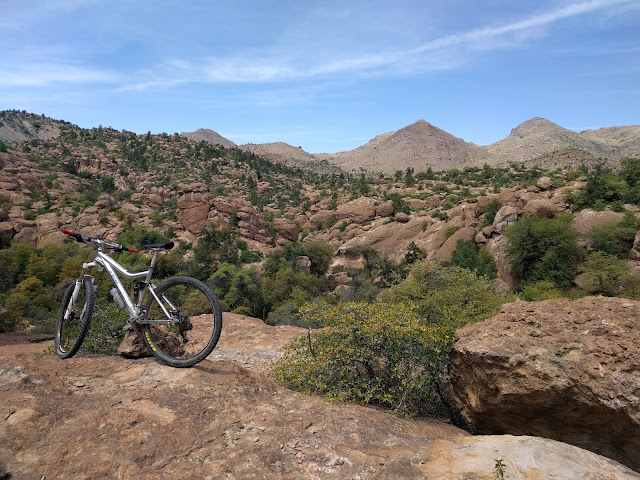 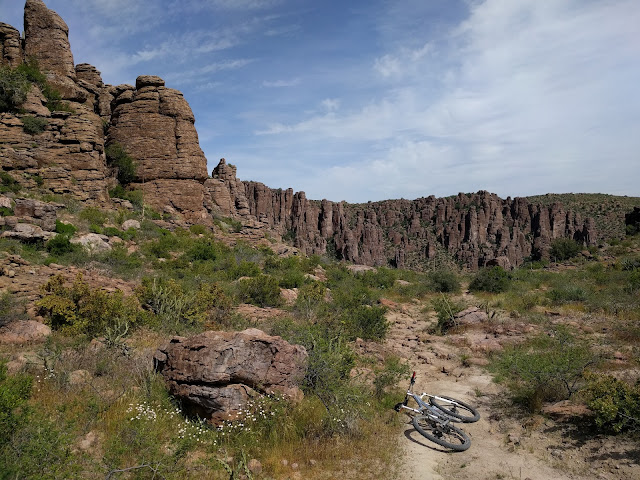 Both routes go parallel before meeting and dropping off the plateau down to Highway 177. Also, the forest road to Haunted Canyon (Supersition Wilderness) is directly across from Oak Flat to allow for the loop NOT to take the highway and to ride forest roads north of Superior.