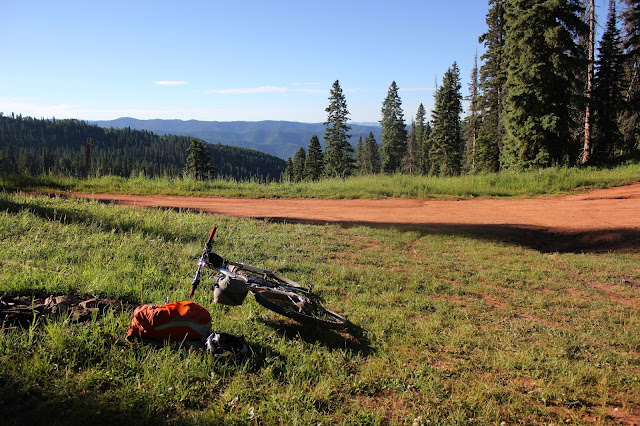 Just yesterday, it had seemed that my ride was over. We had contemplated me thumbing a ride back to Durango or getting a ride to Telluride (the former seemed easier IMHO) before fixing the bike. We took our new friends to pizza as a way of saying thanks before riding back up to the Colorado Trail. Lee briefly had mentioned the idea of continuing to Durango (remember our car was parked at Durango Resorts, where we had originally planned to end there today, on Day 5). When Lee mentioned it again this morning, I decided that I had been given a second chance to see more singletrack on the Colorado Trail....so we decided to ride the rest of the CT to Durango and let Scott leave us for his car (Hardrock 100 was in a few days and he needed to work that event). 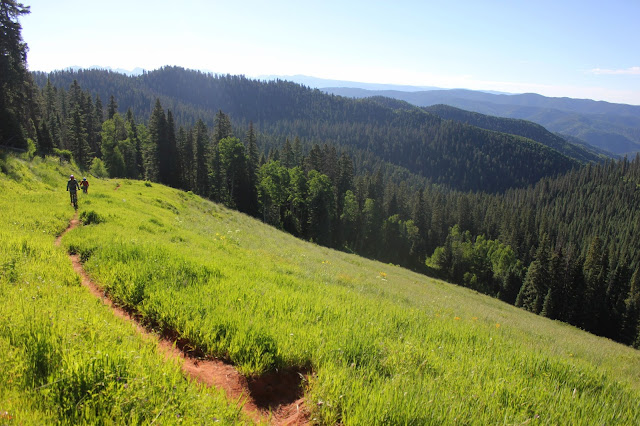 Scott prepped to leave us and gave me all his food. 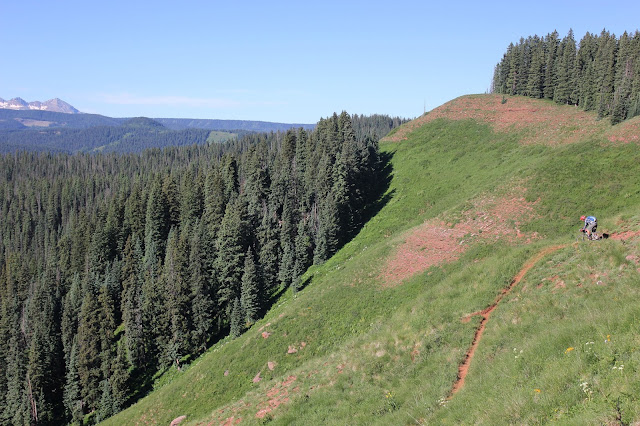 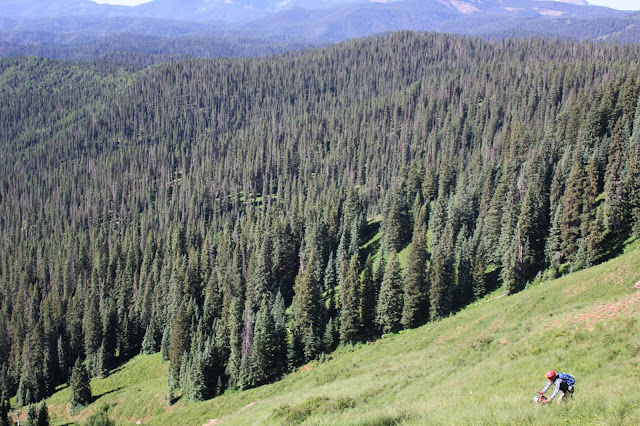 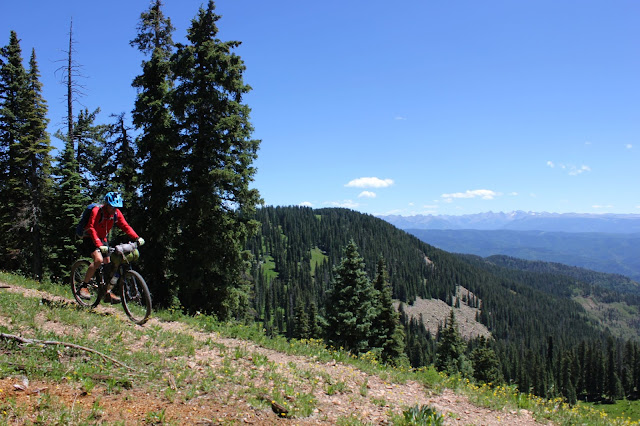 The rest of the day, we did a combo of riding, eating and drinking coffee/tea. Frankly, we enjoyed the view to its fullest. I will let the pictures do the talking here. 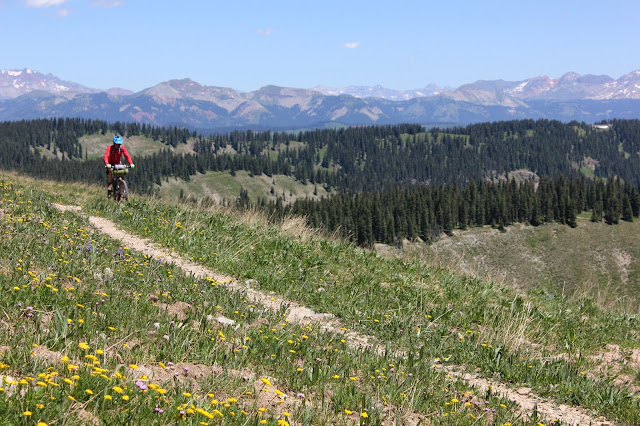 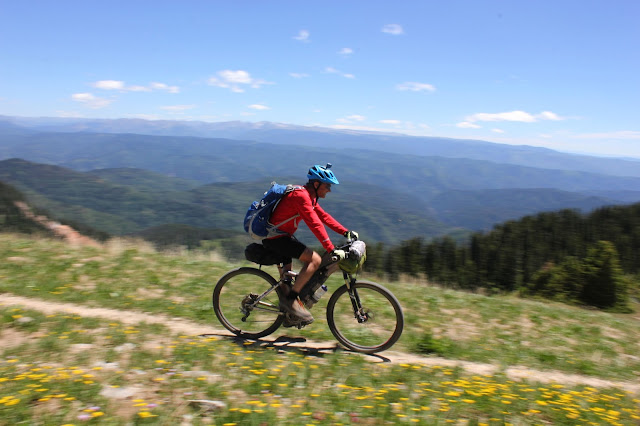 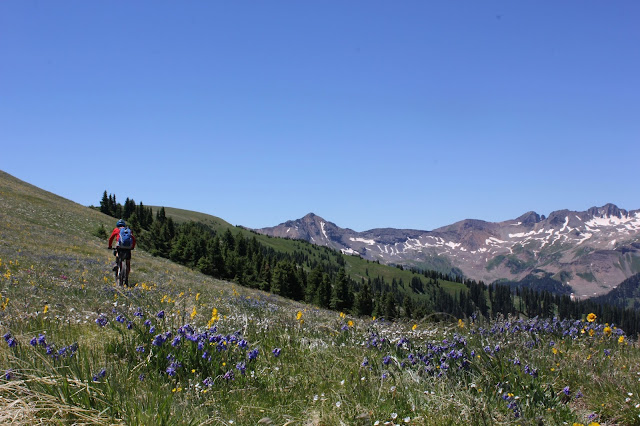 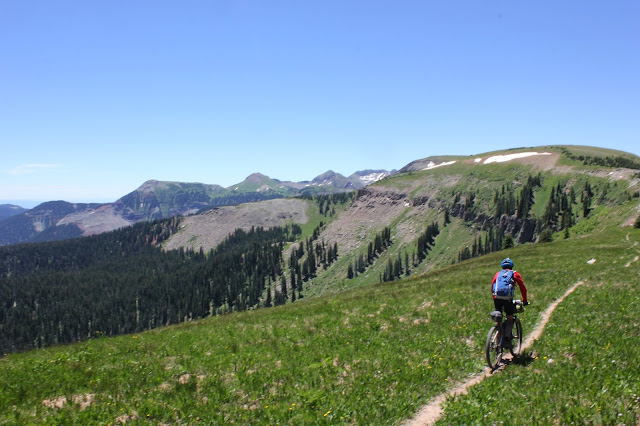 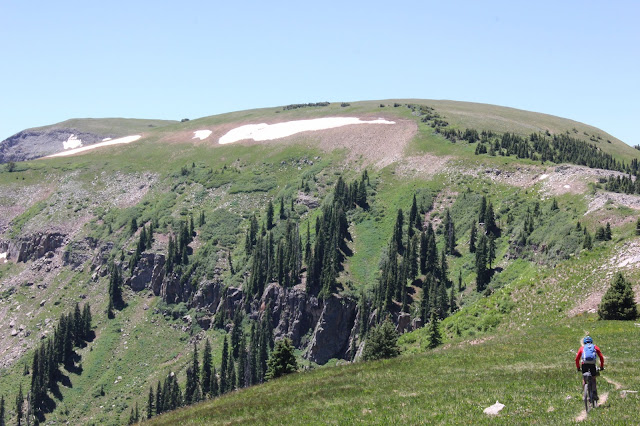 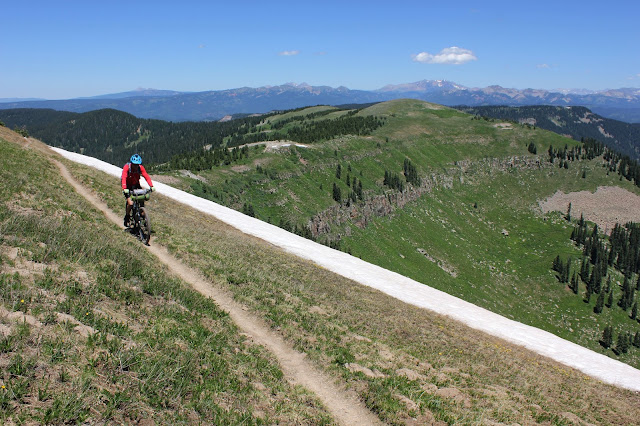 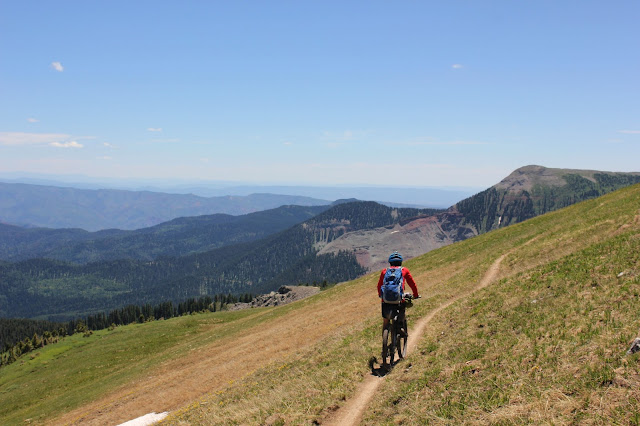 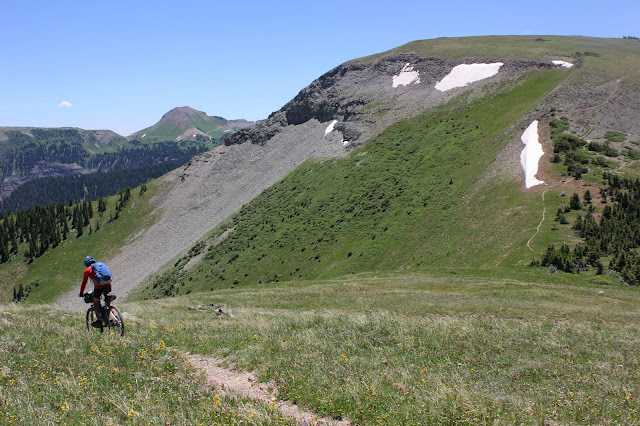 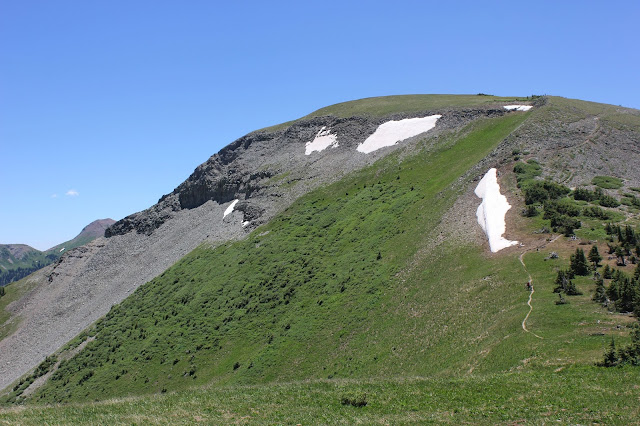 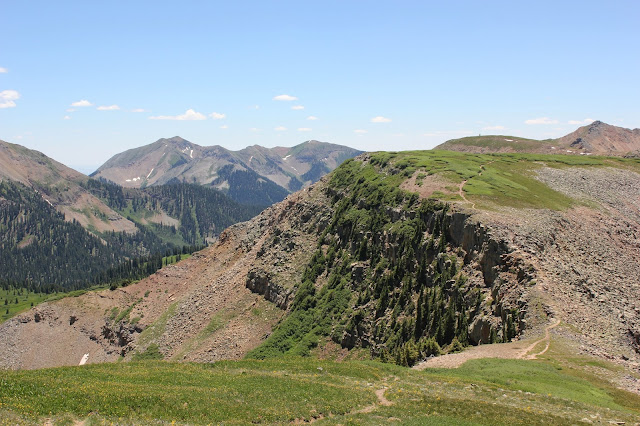 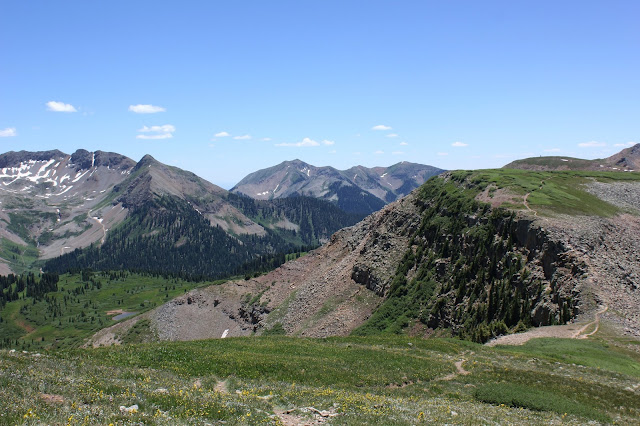 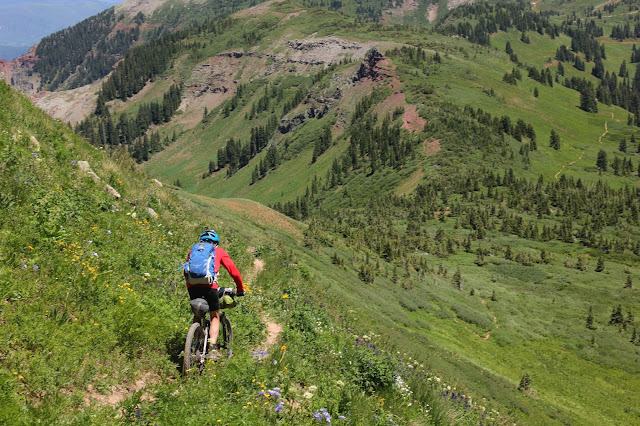 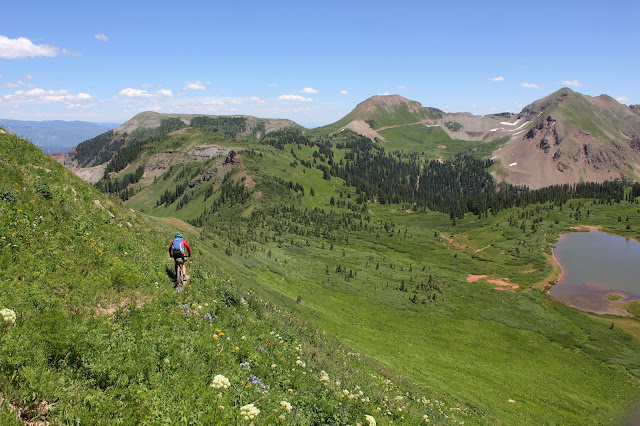 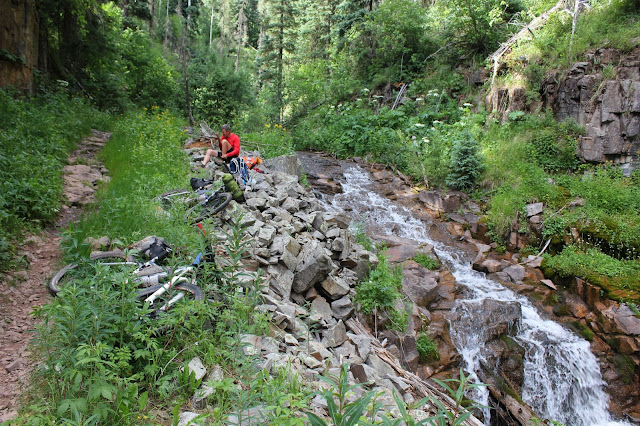 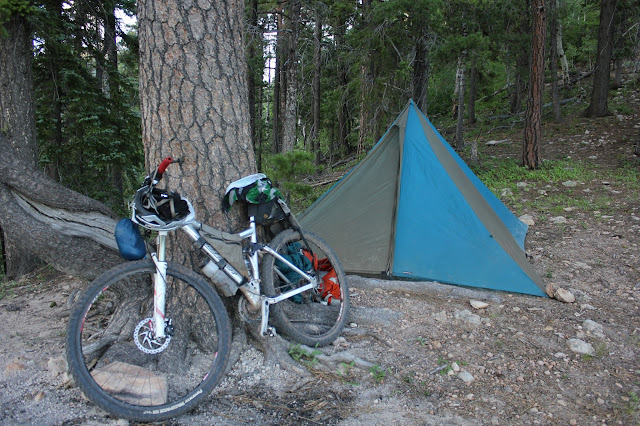 We stopped a little early before getting to Durango for our last night out. Since our car was about the road on the highway, Lee and I were not really in a hurry to get back to the city.


The next morning we finished the few miles back to Durango and went to a diner to eat a big breakfast! 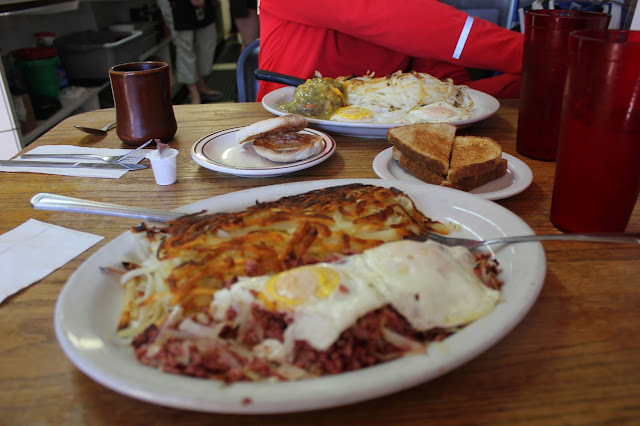