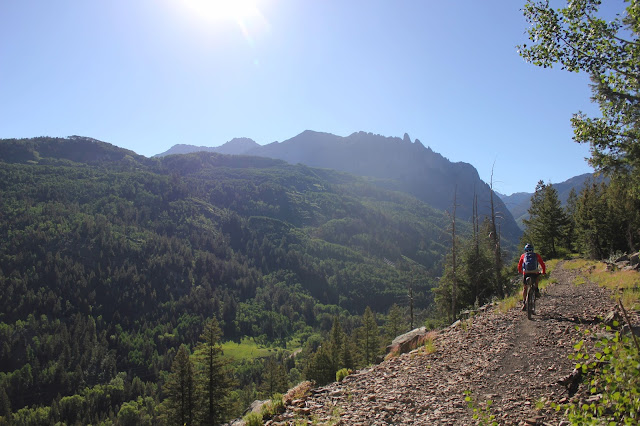 The next morning on the Galloping Goose we slowly got up and made coffee/breakfast before starting to ride. 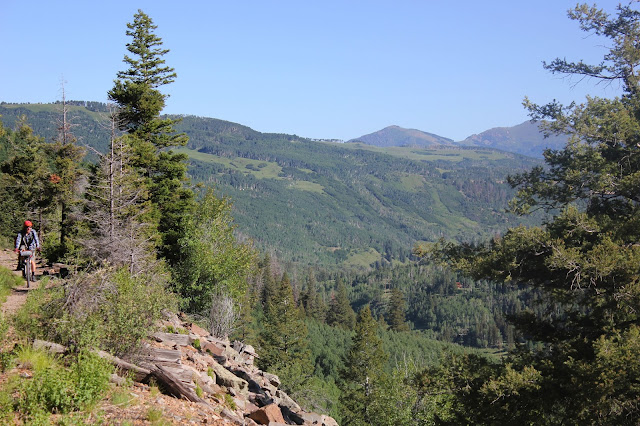 The Galloping Goose connects Telluride to Lizard Head Pass. The path follows an old narrow-gauge rail line, which was built beginning in 1890 to help haul precious metals from these high mountains. To scale the 10,200-foot-high pass between Durango and Telluride, railroad crews blasted ledges into cliffs, built winding loops, and constructed dozens of trestles (we slept next to one of them).  But it didn't last long; the economic depression of 1893 sent the company into receivership. 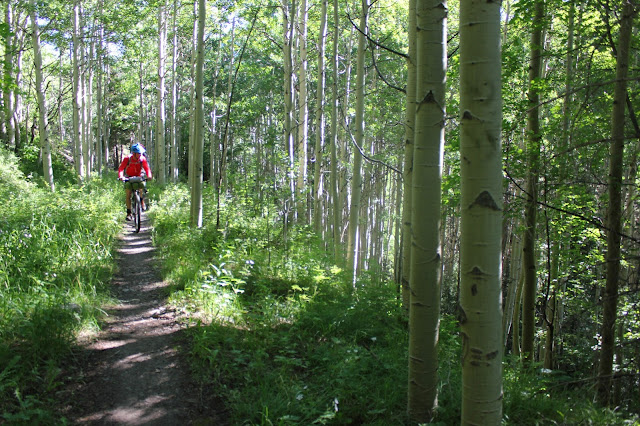 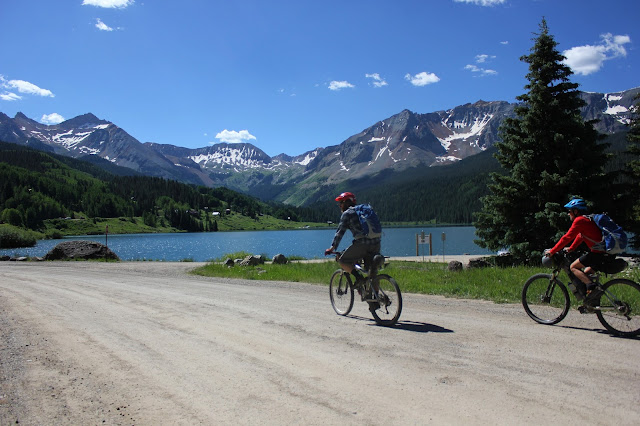 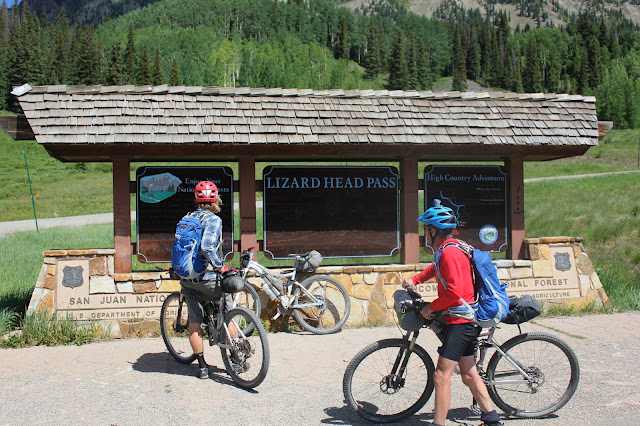 The big unknown was solved as we neared Lizard Head. We met a local at the Groundhog Stock TH that mentioned our route had been closed due to some heavily moto usage. In fact, the Forest Service had opened up a forum for locals to express their opinion about the trail. The plan was to see if Calico was still closed when we got there. 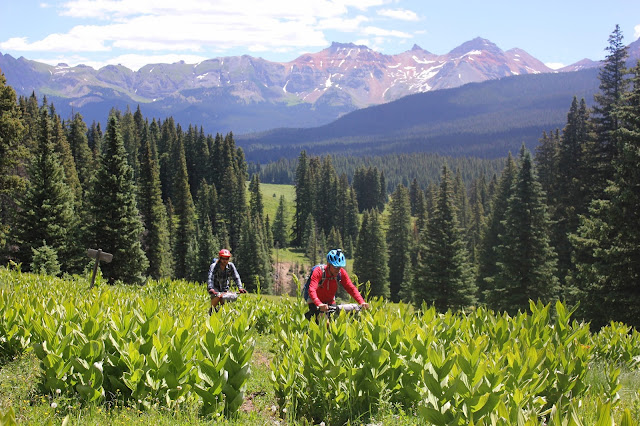 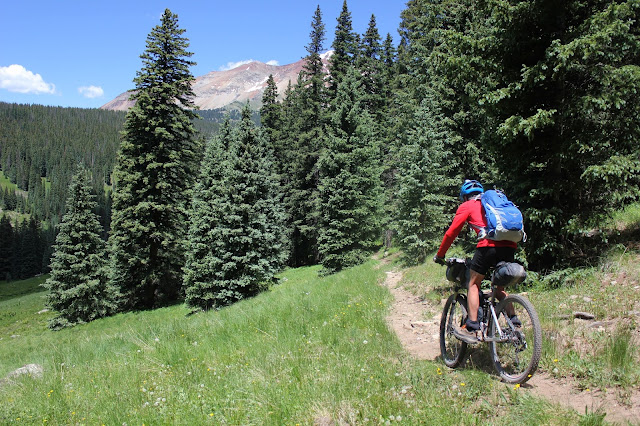 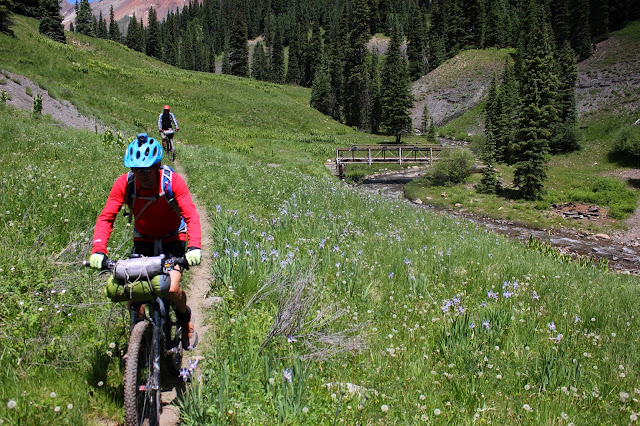 Then disaster happened...my bolt from bearing from my rear shock broke. It looks like I would have to walk out to the road.

While coming up with a plan, Lee was tinkering with different items that we had and came up with the best option... jamming a tent stake into the bushing.

The sharp side of the tent stake would be a problem so we took turns trying to bend it. After about 45 minutes of tinkering, the bike was ready to go. The plan was to bail to Rico. 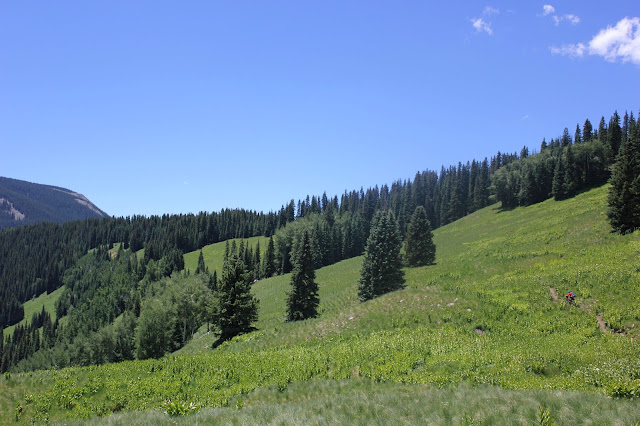 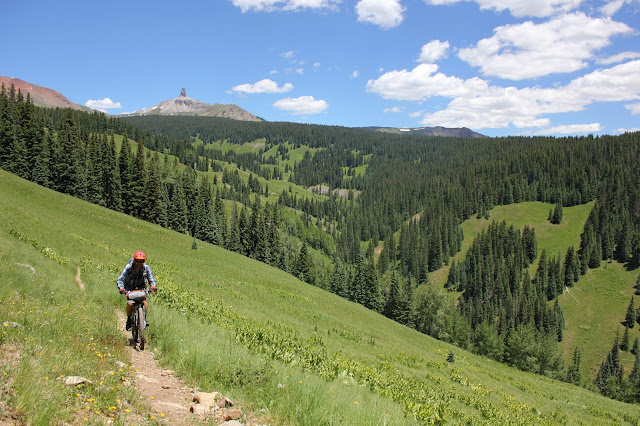 Lizard Head in the background 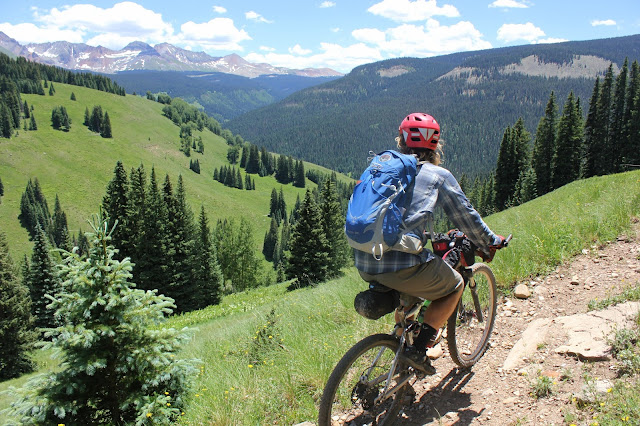 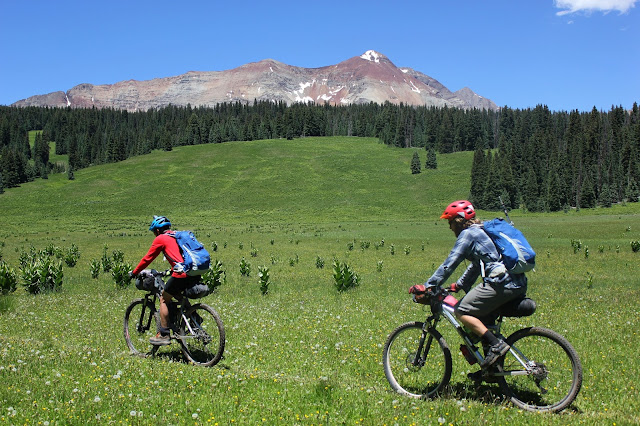 In Rico, we met the mountain biker that had told about Calico early in the day. He was a super nice guy and we troubled him for information about anyone in town that might have extra bolts. He name a few people and then offered to drive me back to Telluride. I was hesitant to take that offer when another group of mountain bikers zoomed by us. We all chatted before Skip decided that he might have the tools necessary to fix the bike. After about 10 minutes and a few beers, Skip found an old Pivot bolt that was the exact same size! On top of that, Lee and I had all the tools we need to tap out the tent stake! After a few minutes, Lee (who really knew what he was doing) took control and delicately tapped out the tent stake.

After about 1.5 hours, we were back on our way to the Colorado Trail (but not before a stop at the hot spring and general store)! 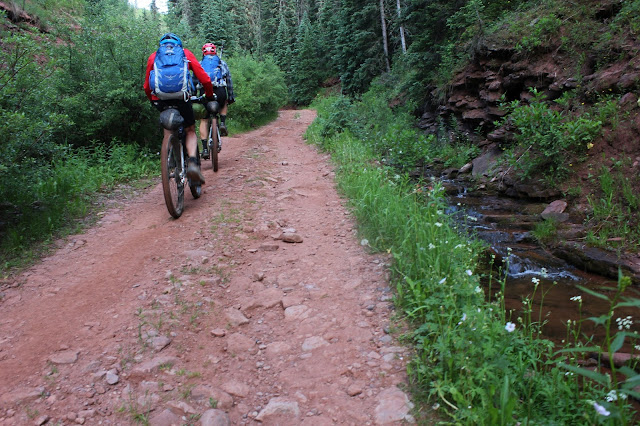 We kept saying that we were going to stop as the sun was setting but there was no flat ground. Finally, after about 2 hours of saying "let's camp here" we made it to the ridgeline and camped next to the Colorado Trail.