It is that time of year again when Tucson is rapidly becoming less appealing. Night rides and Lemmon rides are the only things that keep Tucson on the radar for cyclists this time of year. After a few blistering rides in 50 year earlier this week, the plan was to do the cooler, more preferred rides. I can do the hot, but if you have the option, why not just do the cooler rides?

The Mi Ranchito Starr Pass Thursday ride from Scott's house is becoming a tradition (soon to break). The GV and Tucson crew united for one last ride. 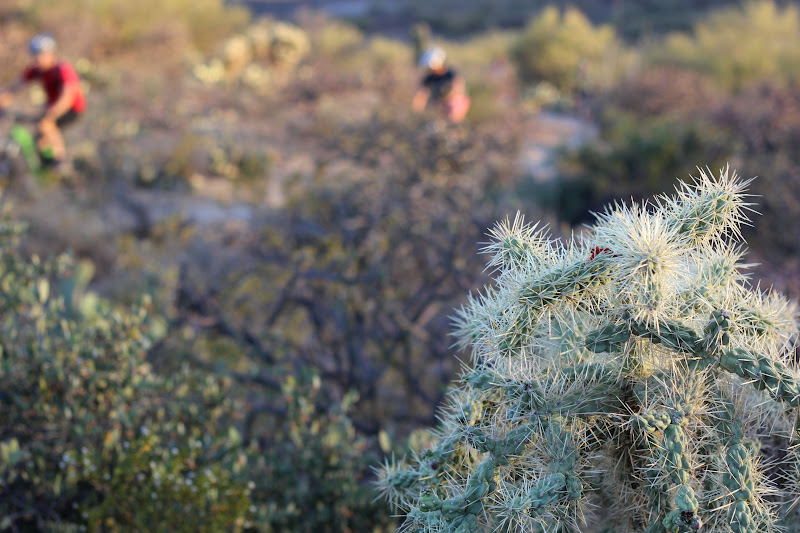 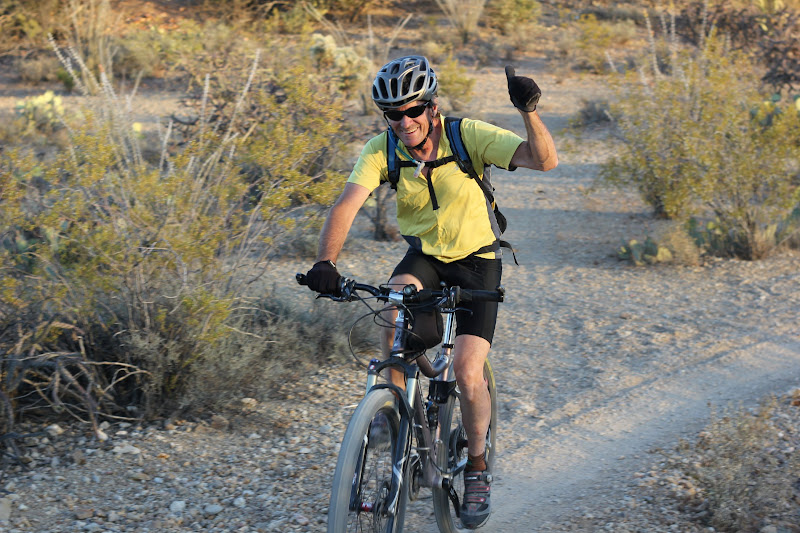 Lee sums up the ride with a simple gesture. "It's good to be on the bike." 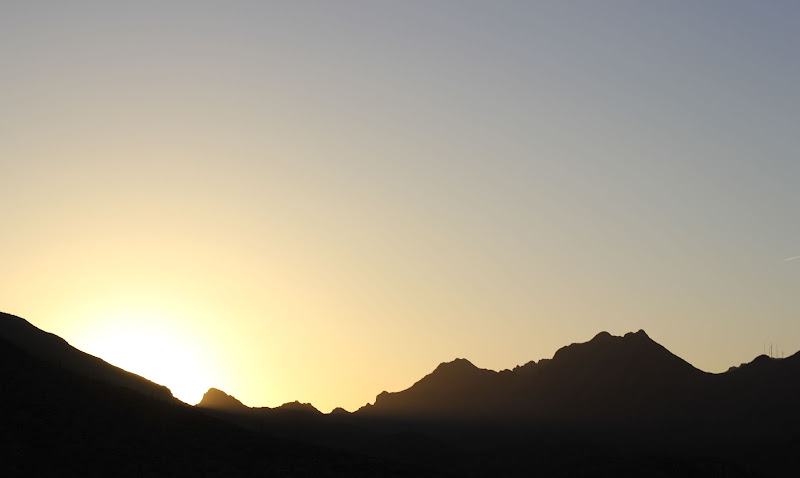 After graduation, I met Scott for a camping trip on Lemmon. Short and quick.Scott summed up the singletrack on Lemmon, "There is no singletrack that is easy on this mountain." We rode from camp to the top of Aspen and back, hoping to stop at the Cookie Cabin for cinnamon buns and coffee. 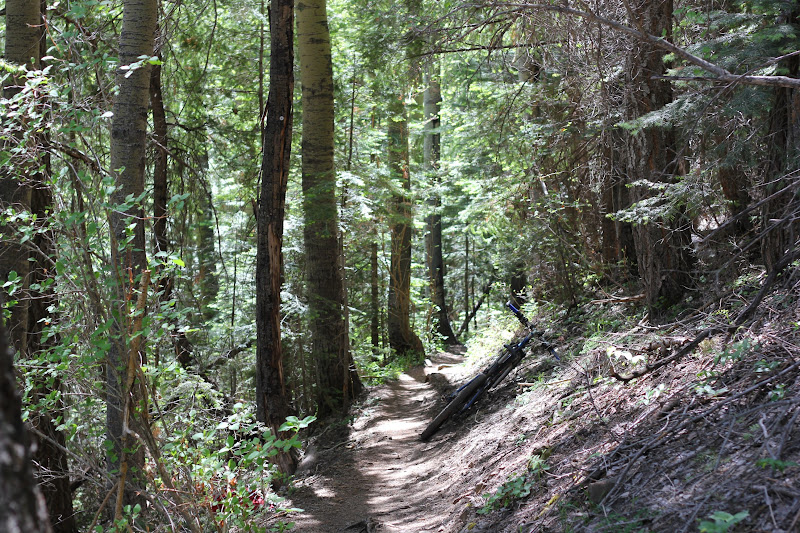 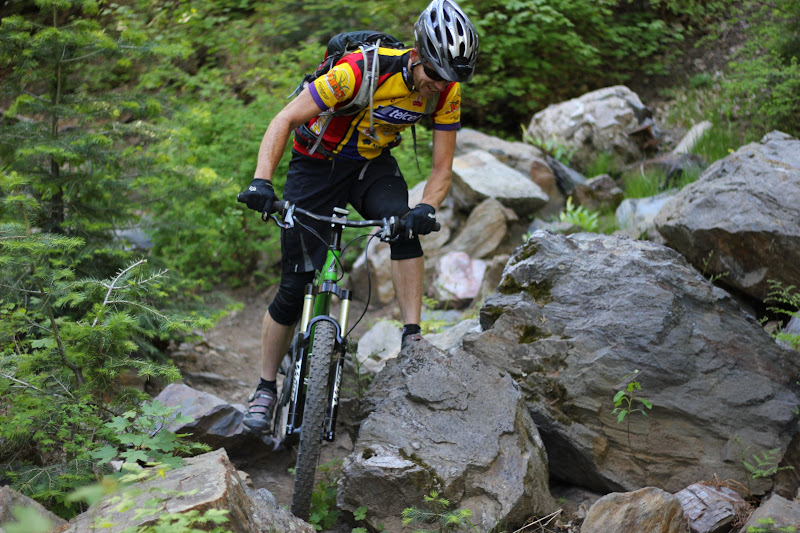 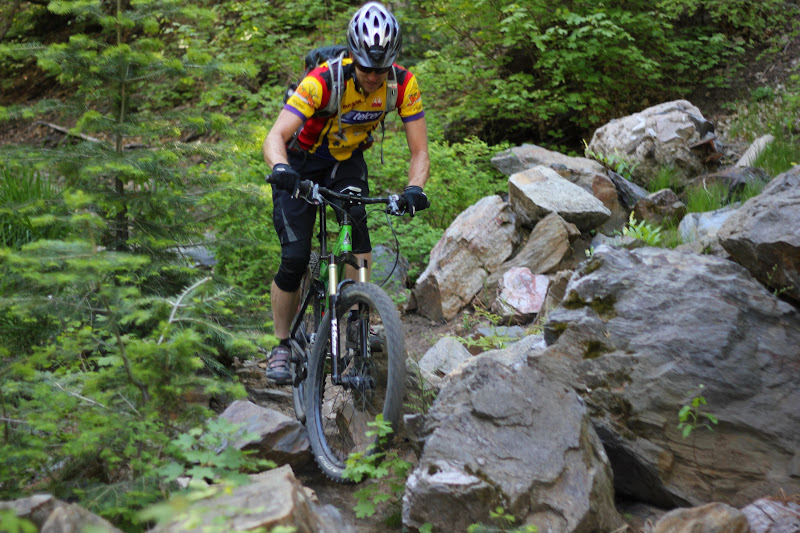 We tried to move a few logs on the trail, only we failed miserably. We needed Duncan several times to show us how to move deadfall.

Scott was a machine on most of the climbs and technical sections. 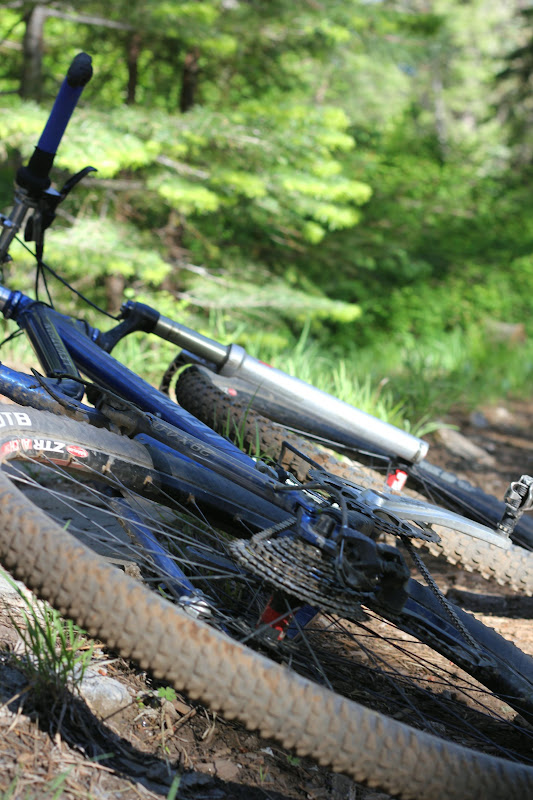 It was a different story for me. I am still hurting from last week's beat down on CDO. I have a lot of riding to do before I can recover from 12-hour rides faster. Part of me thinks that these rides, although fun, might be impeding some growth on the bike. It's a bit of dilemma of sorts for me. Do you want to train or just ride? Harder when you see people around you training and getting stronger. 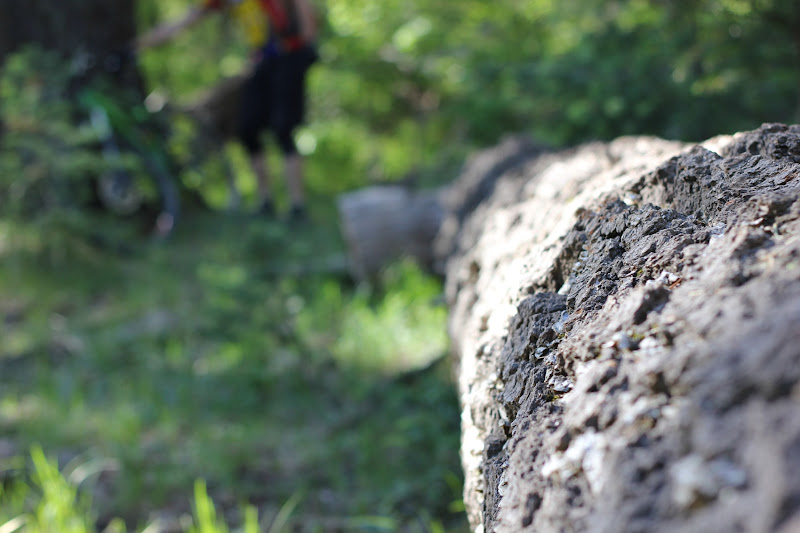 New lines and new log roles, some need some TLC. 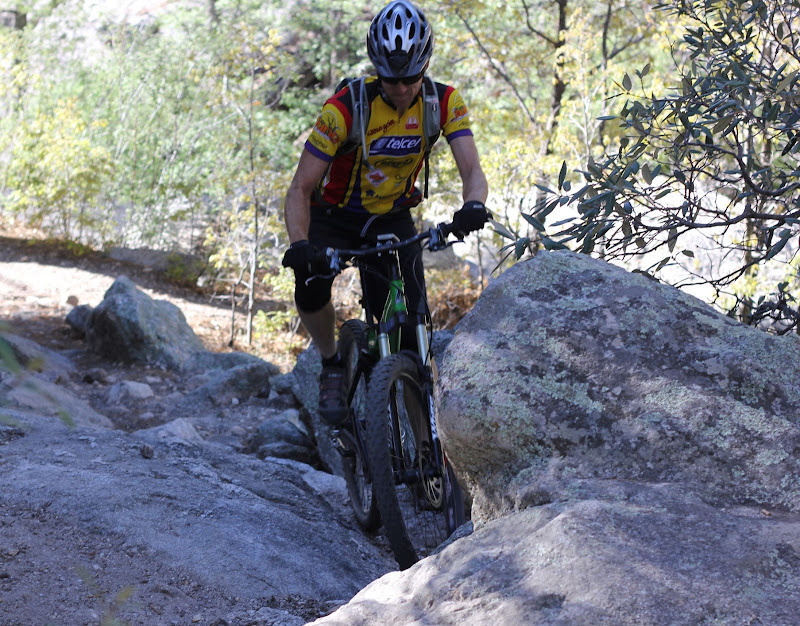 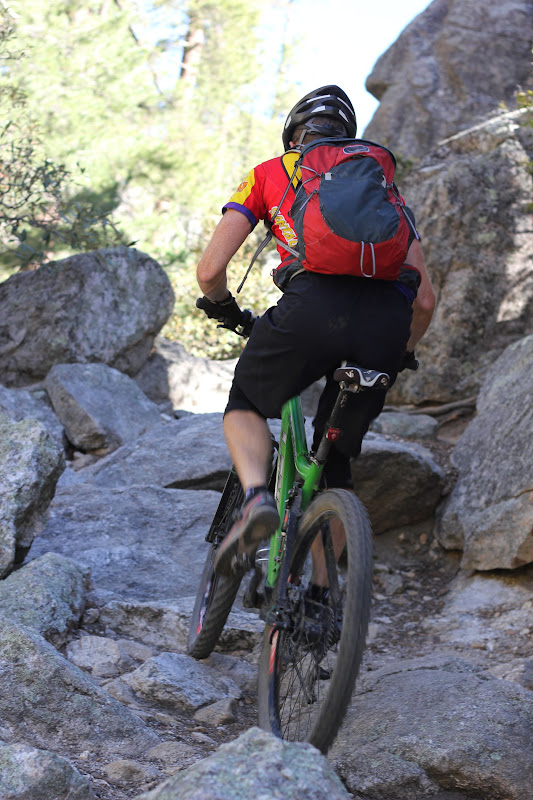 Scott said it best when trying to attack this section, "it has to go eventually." And it did. I was there, on top of the last rock lip when I ran out of energy. Scott cleaned it on the next attempt. 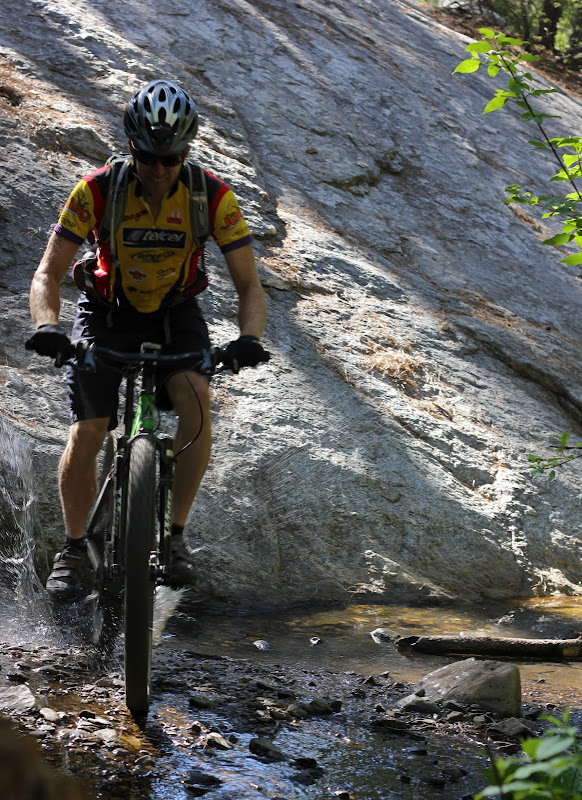 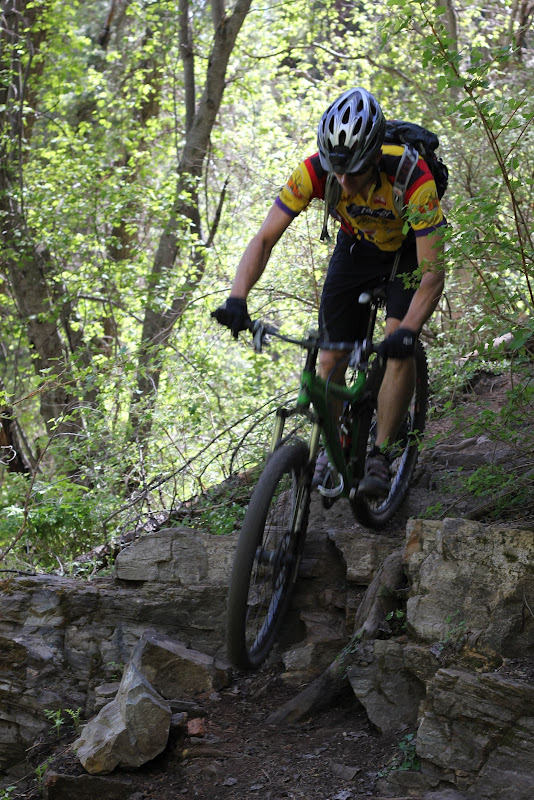 Another move cleaned. As usual, most lines look easy when put into a picture format. 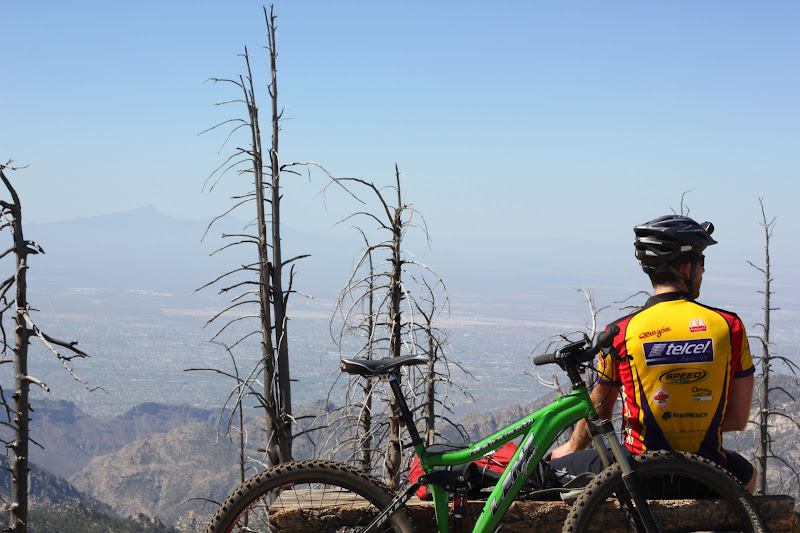 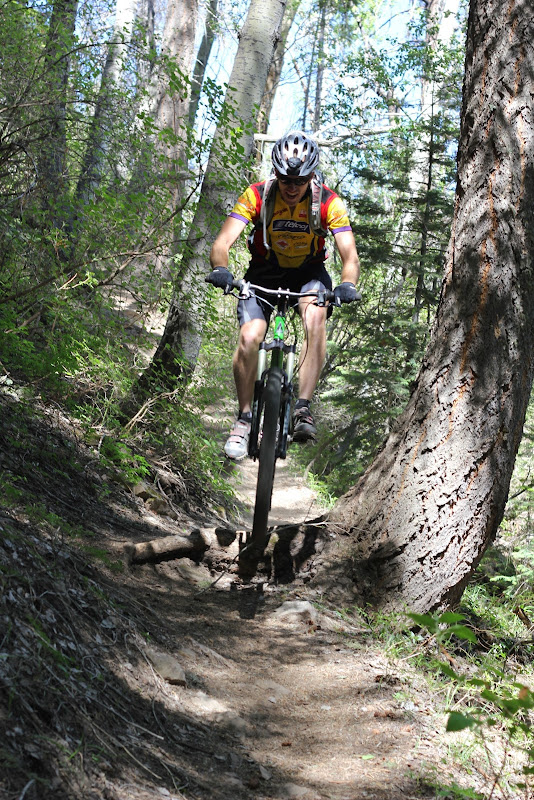 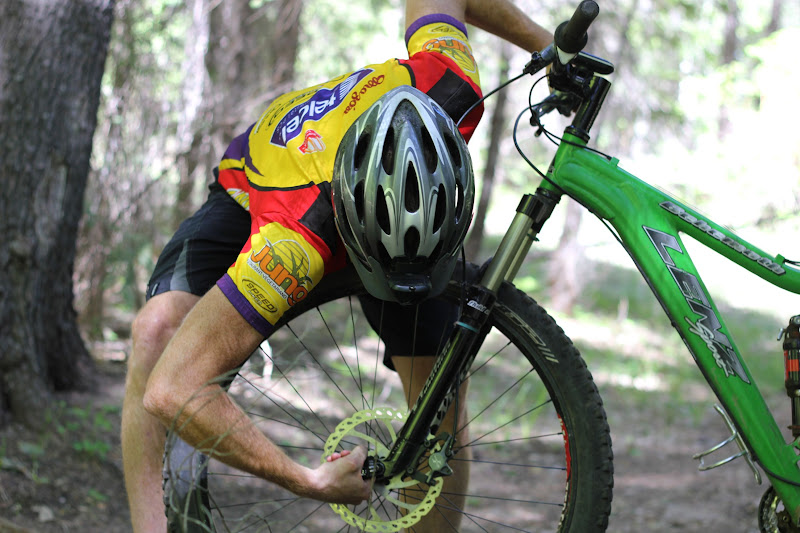 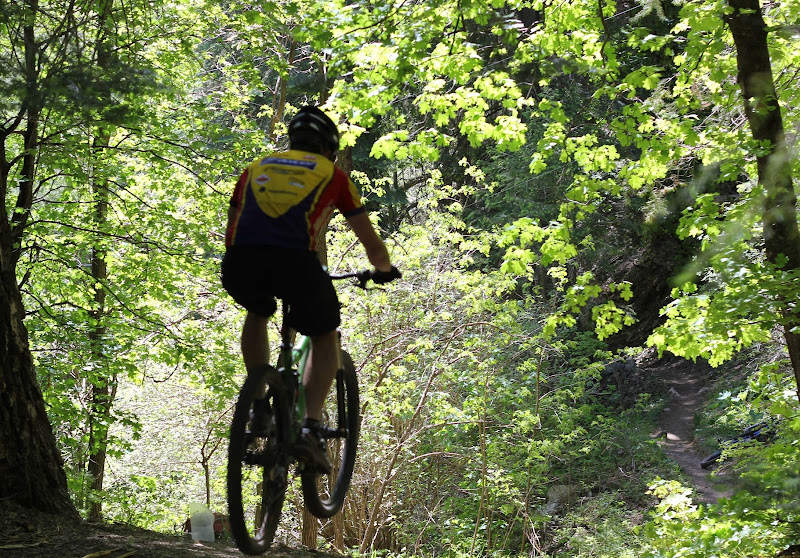 Scott was hitting everything. 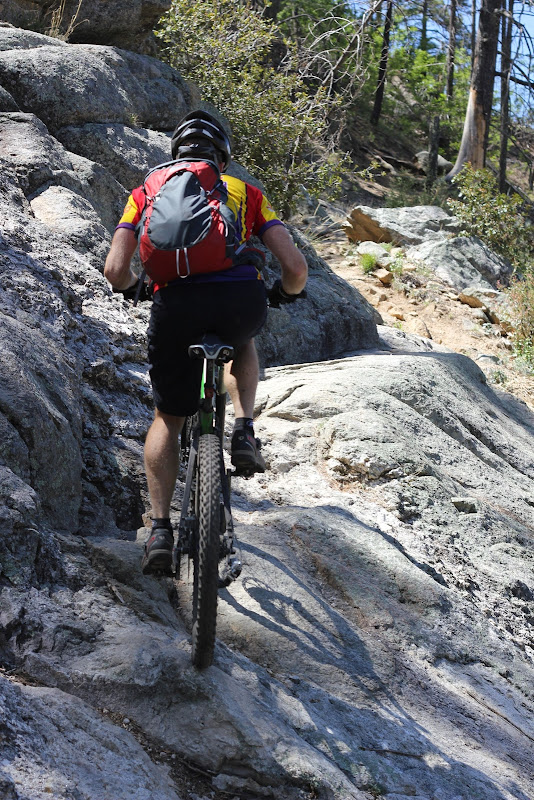 As fate would have it, we forgot our credit cards for the Cookie Cabin. Might have been a good thing as I had to get back for a meeting at noon. Great ride, Scott. I hope to be stronger come CO in July.