Having finished the McDowell 60 on Saturday, I was hoping to do some bikepacking on Saturday night. That fell through because of some time constraints (and some rational thinking), but some recon for the AZ Trail Race and Antelope Peak Challenge was in order.

Scott and I met up and headed out to the Tiger Mine Road. If you have ever wanted to learn switchbacks, this section of the Arizona Trail is your training grounds. 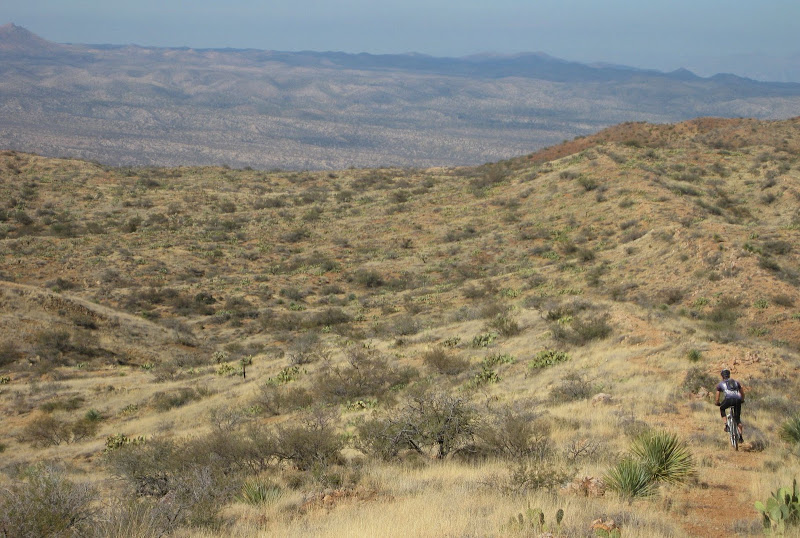 I joked about hoping to continue to climb to the next ridge... 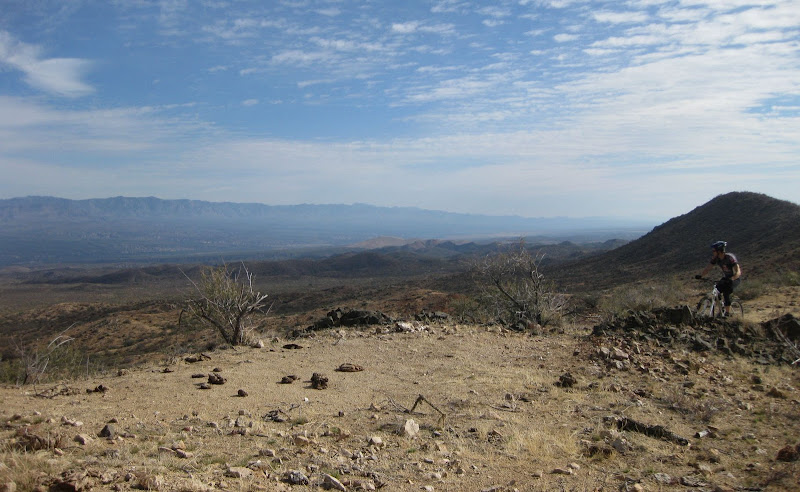 and sure enough it kept climbing! 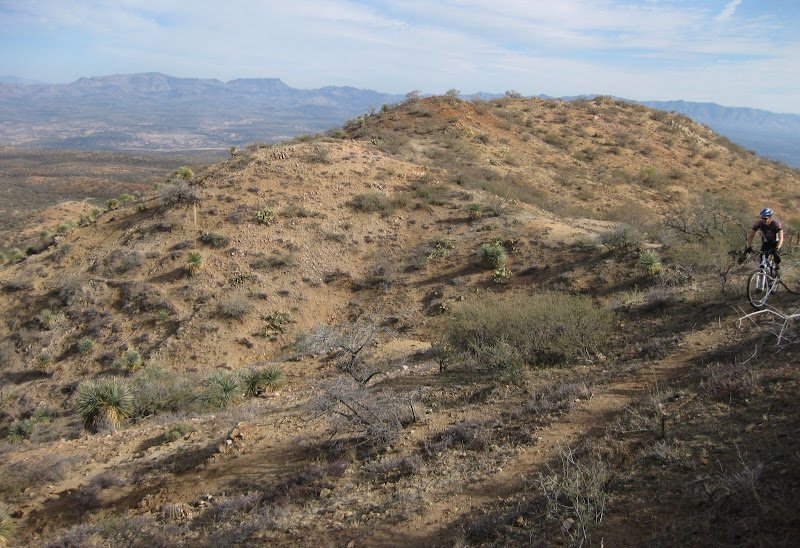 Beautifully built trail with superb views abound in all directions. 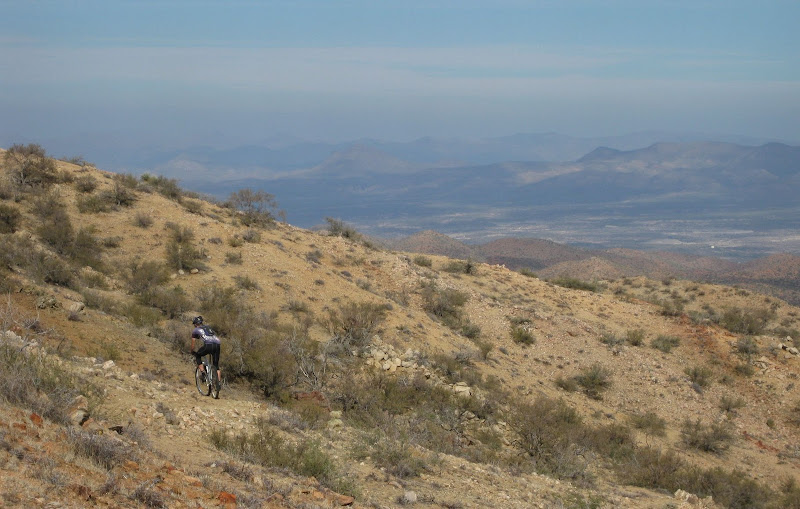 Does this ridge resemble any other AZT segment? 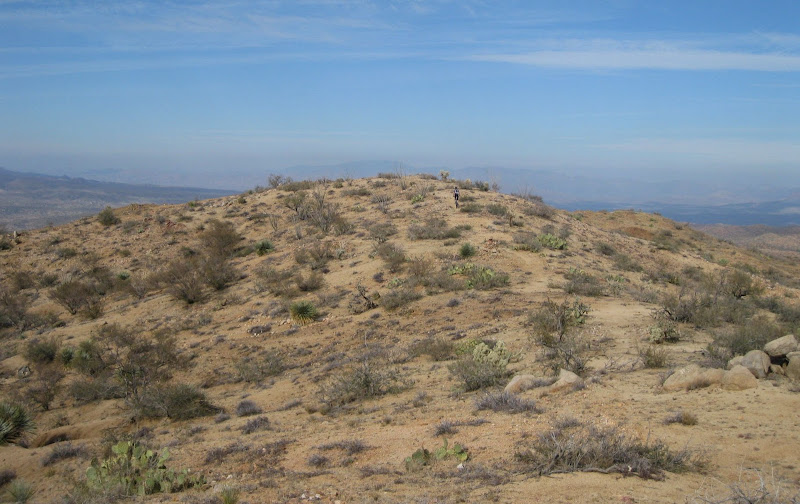 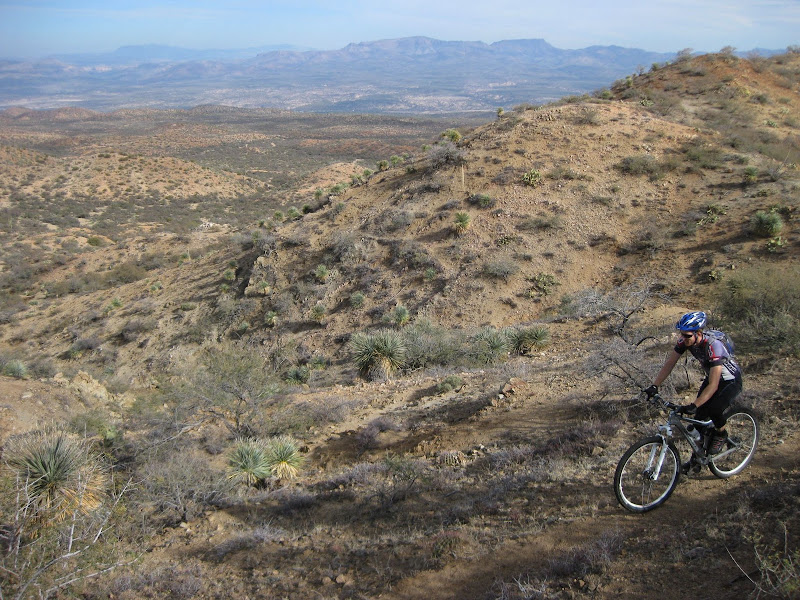 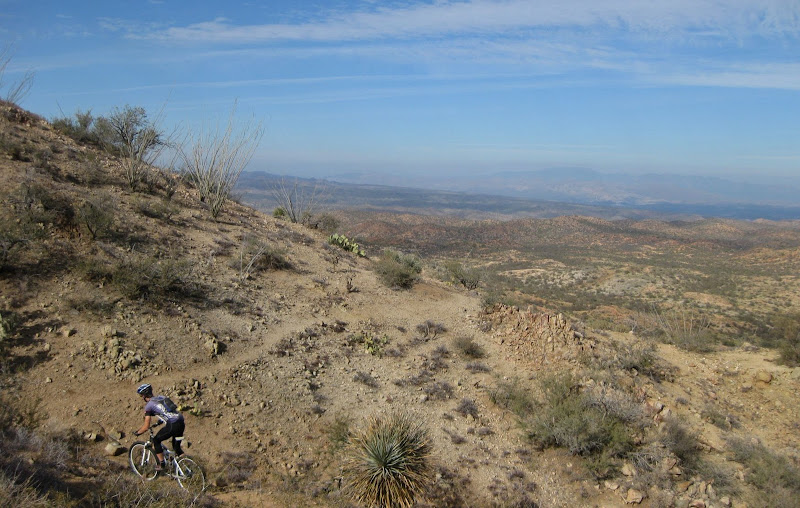 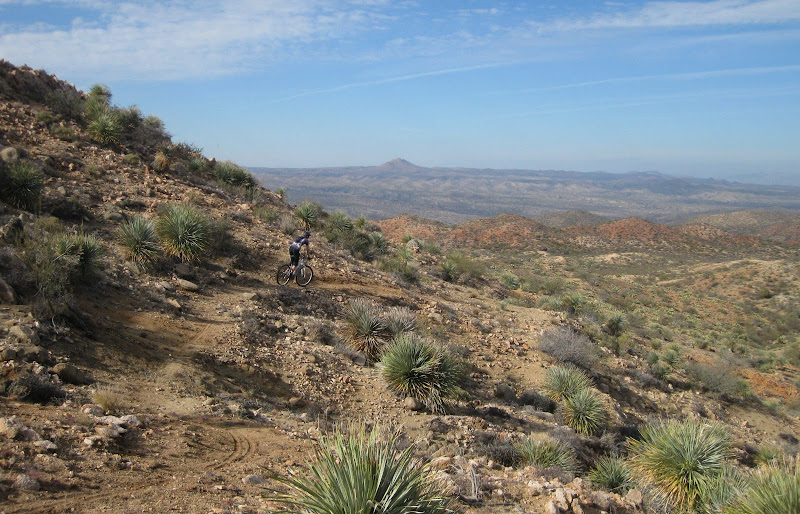 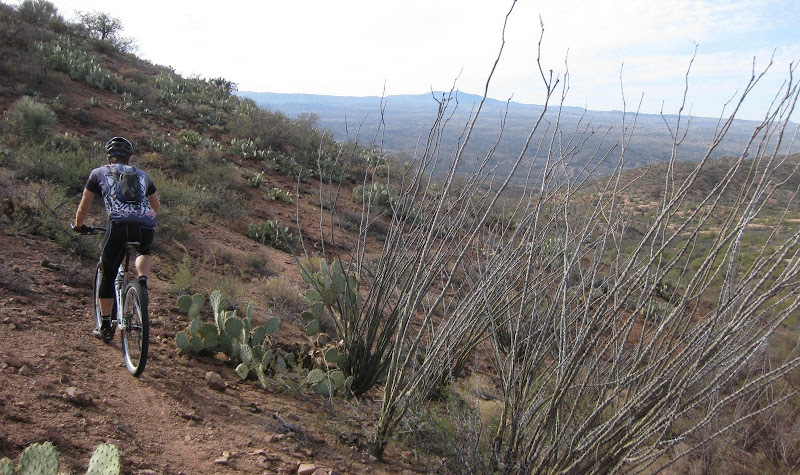 This is the last section of the trail before it bombs down to the wash. 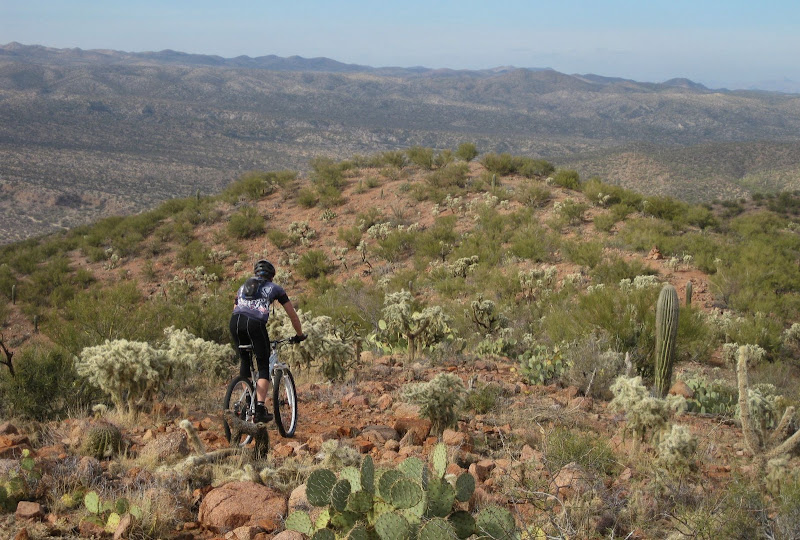 At which point we had several options (Scott eloquently placed them on his site): 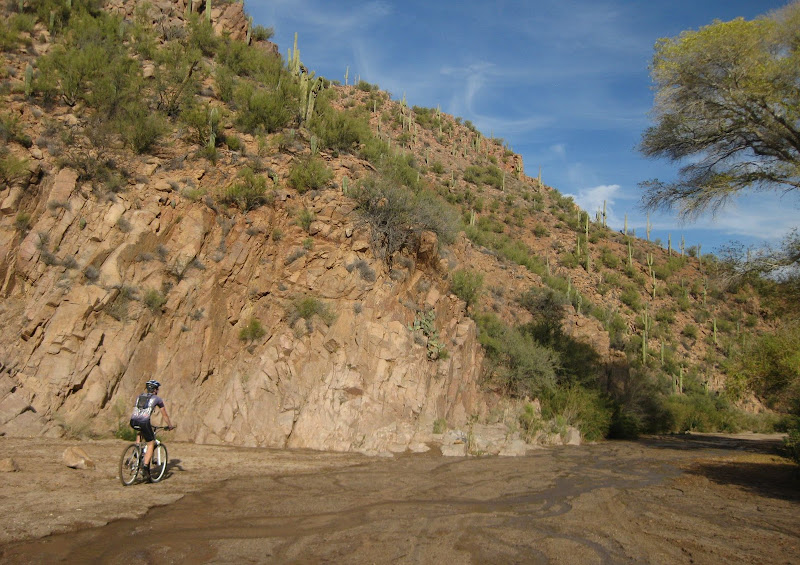 I trust you would have made the same decision we did....Camp Grant Wash. I was beat down and this was my recovery stop to help in the last 2k foot climb back to the car. Oh La Casita, how you saved me...1 tostada and a mixed burrito. 7 hours later, at 6pm we got back to the car only to get sick the next day with a bit of a sinus infection and cough. Looks like a week off the bike is in order.

Big ride after the McDowells. The views never fail to impress. Can't wait to check out that new AZT. I'll get my chance in janurary - APC!

Loving that recovery stop!! Had some myself just a few days ago. Yum! Great scenery as always.
Joellen

Your home always seems like paradise to me around this time of year. What a dilemma to have in December - oh the horror of too much trail to ride! LOL.