Scott suggested we move the Tuesday Techy Taco Ride over to Starr Pass.

Scott explains Hidden Canyon on his most recent post:

"My good friend Master Flint designed Hidden Canyon to be so hard that I wouldn’t want to ride it. He failed in that regard, because when something is too hard, that just makes me want to learn to ride it even more." 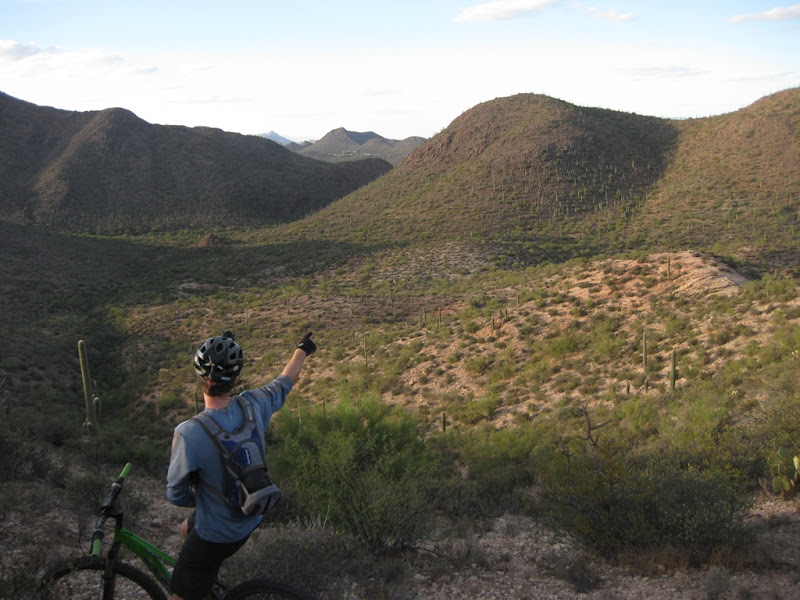 A nice shot from Hooligan, Scott is pointing over at the infamous Hidden Canyon switchbacks (he is a sucker for pointing). 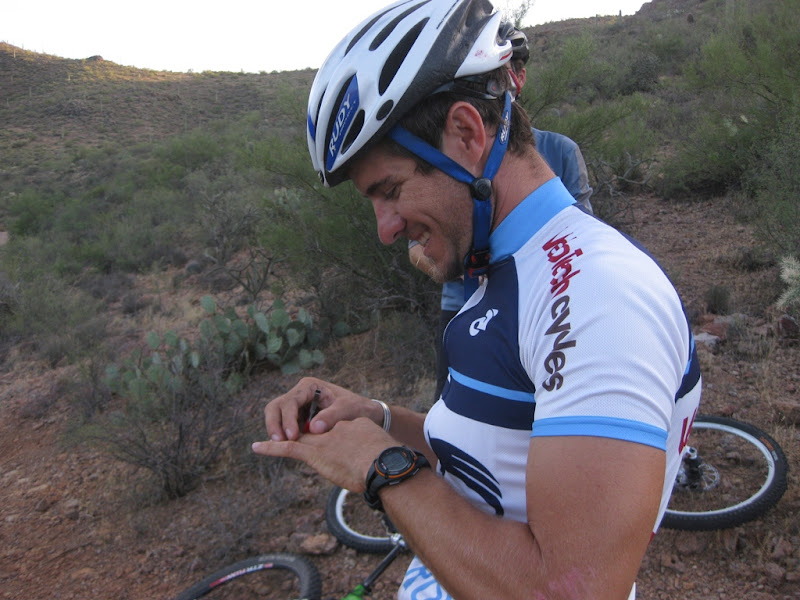 Plenty of cholla on this skinny trail. If you are not careful, you might end up with some in the knucle. 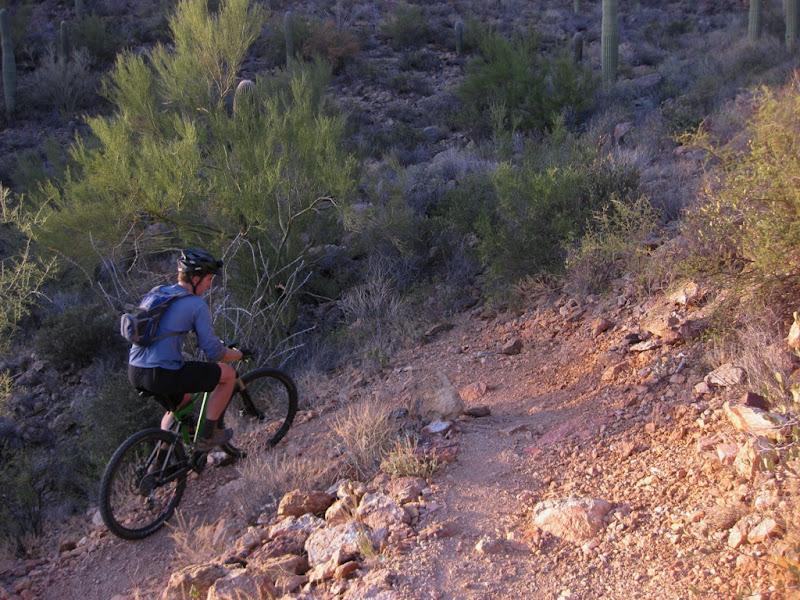 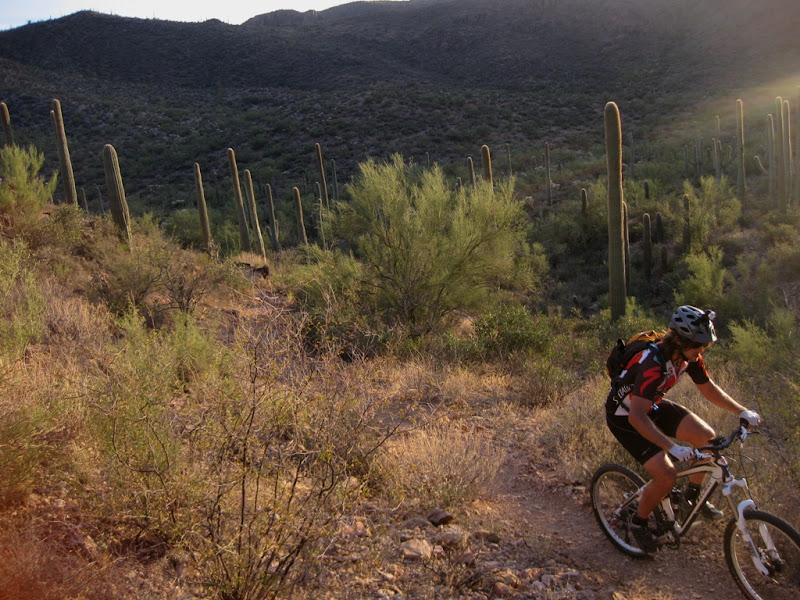 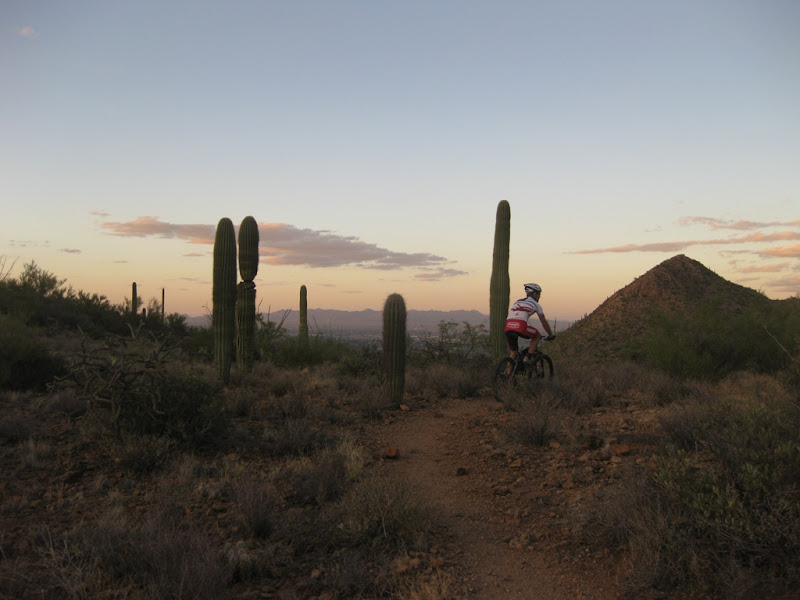 Topping out at Hidden Canyon, we started trying to move faster as the sun was setting. 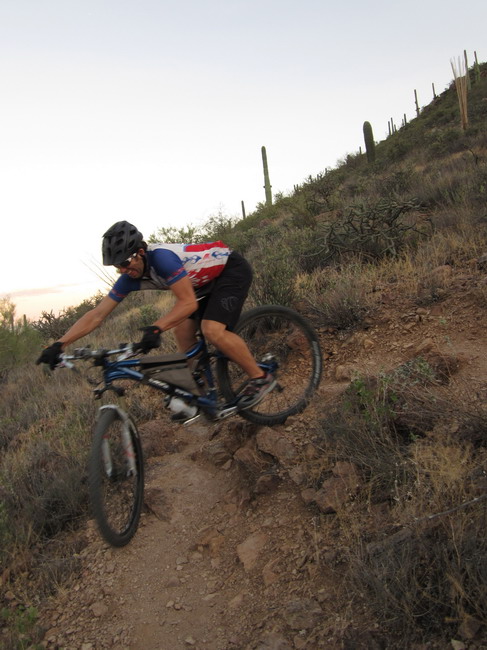 As we were descending, Scott warned me about this next switchback that was "impossible." He did stop to take a picture (see above). Some how, I am not really sure, I managed to keep my front wheel on the trail and clean it.....wooo hoooooooo!

Photo by Scott Morris
I love these pictures that Scott puts on his blog. I think they accurately show some of the difficulty of these rides.

My final comment: Wouldn't it be cool if we set up some "challenges" that had us riding up a certain section of "impossible" trail? I was thinking about how fun it would be to see who cleans/doesn't what and count. This is something Scott and I already do together, but it would be fun to do it with a group of people. Any thoughts?

Where is this trail?