After missing Scott and Lee's adventure in the Gila River basin, I asked Scott to go again, only in the opposite direction. It did not take much convincing to get him to go again. If you saw his pictures, you will know why. The pictures seem to come alive this time of year.

The opposite direction meant climbing up the Ripsey Segment of the Arizona Trail. 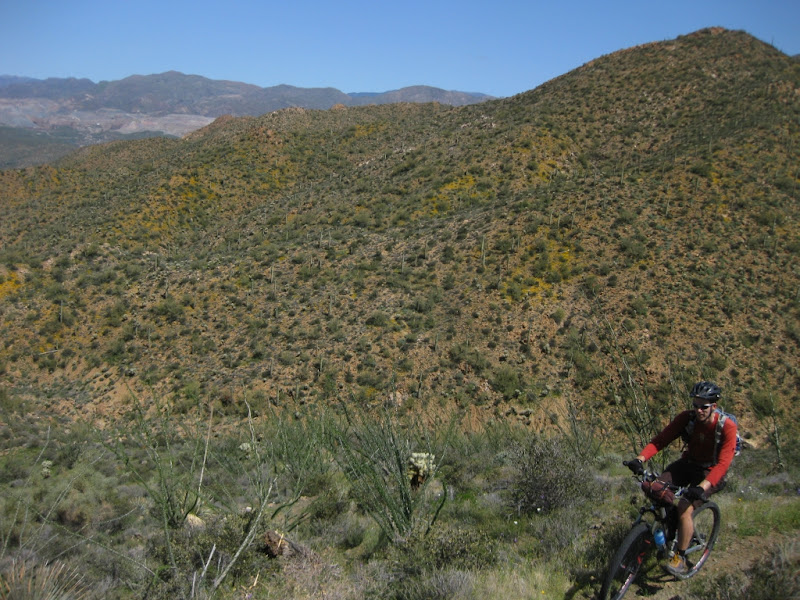 Plenty of wildflowers to enjoy while painfully climbing up Ripsey. We made a little "Switchback Attack Game" to make things even more interesting. The winner, we decided would receive an ice cream cone from La Casita. Who can clean the most switchbacks on Ripsey? The game began!

Scott was climbing like a champ at the beginning; he even managed to get a 4 point lead. 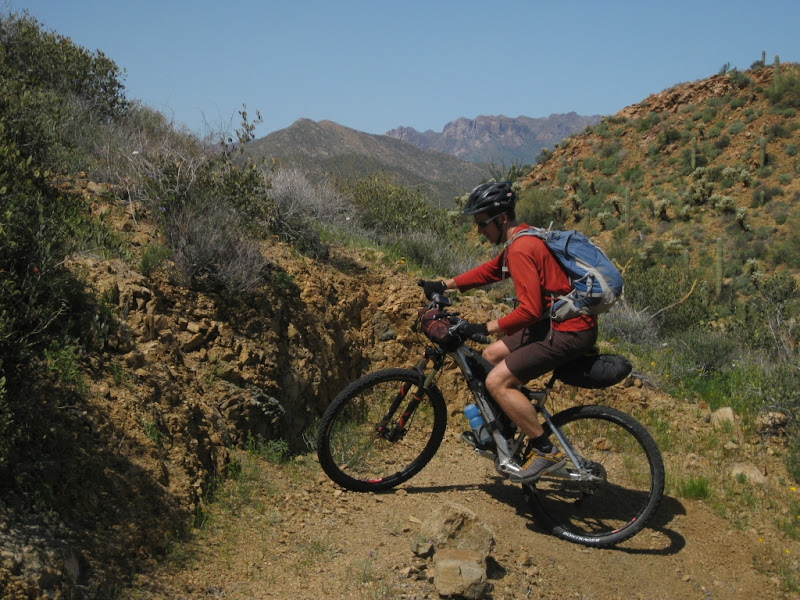 My only hope to catching him was the descending, but first... 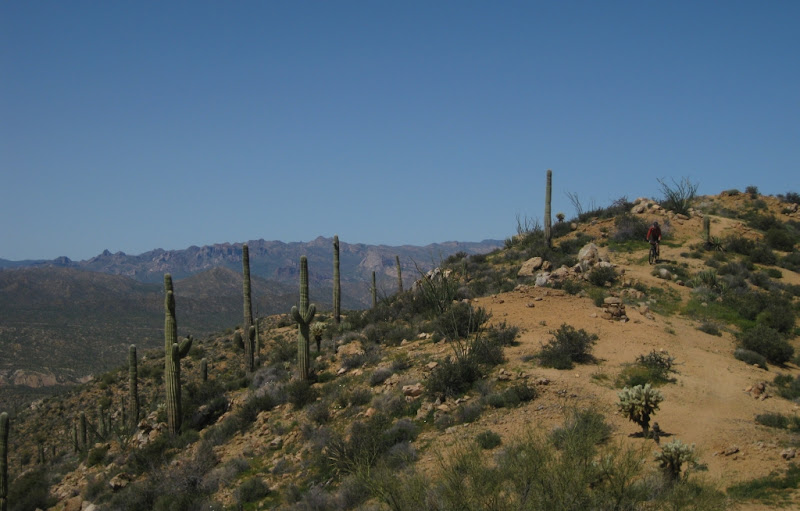 ...we had to enjoy one of my favorite places in southern Arizona, the top of Ripsey. Each tight switchback is worth every second on the top of this heavenly place. It was made even better by the fact that we were going in the opposite direction, thereby allowing even more time to see and enjoy every section. 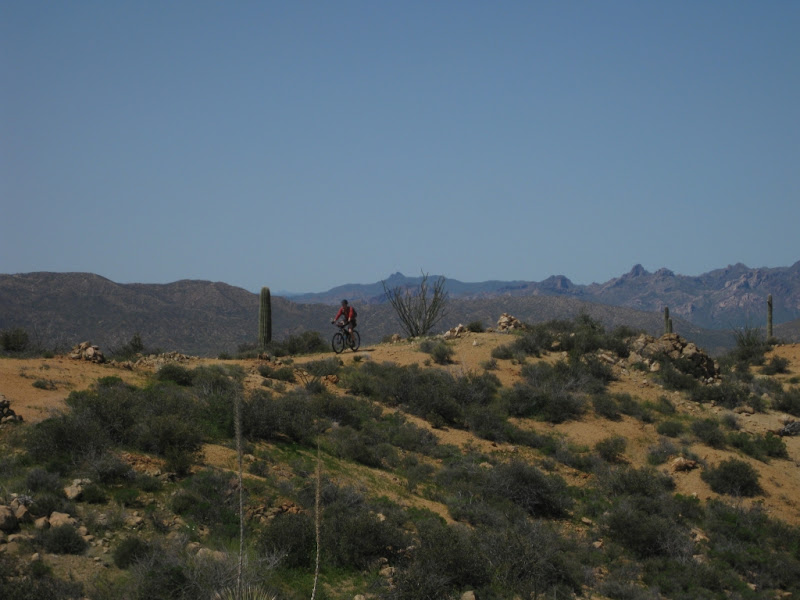 The descent of the "big hill" would be the deciding factor in the switchback game. 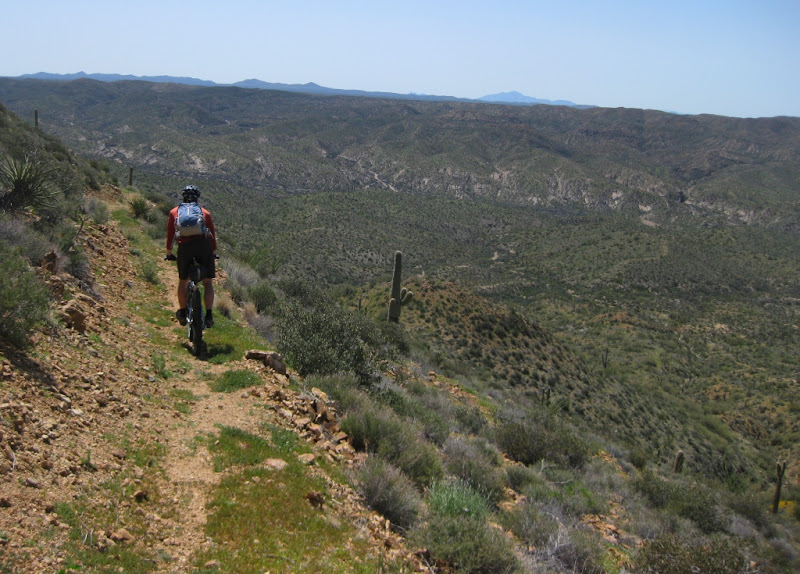 2-0, Scott was ahead. If he nailed this one I would surely lose. 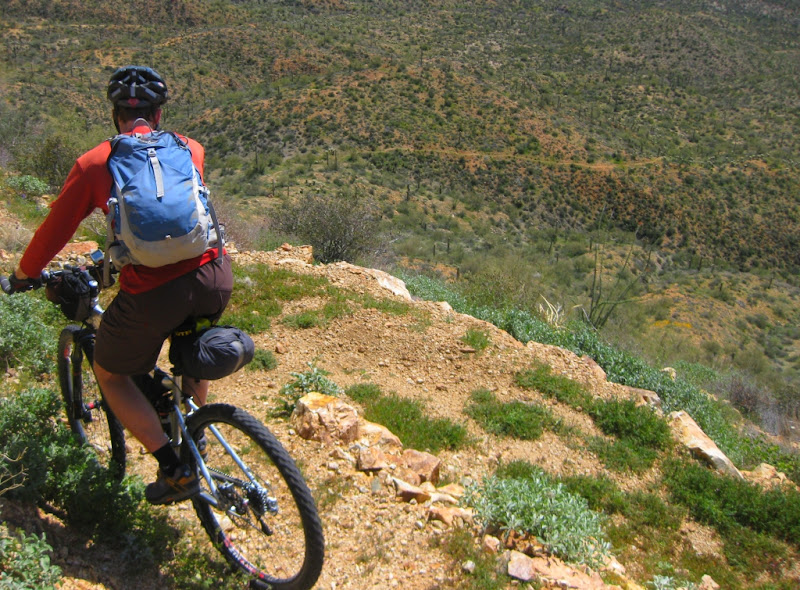 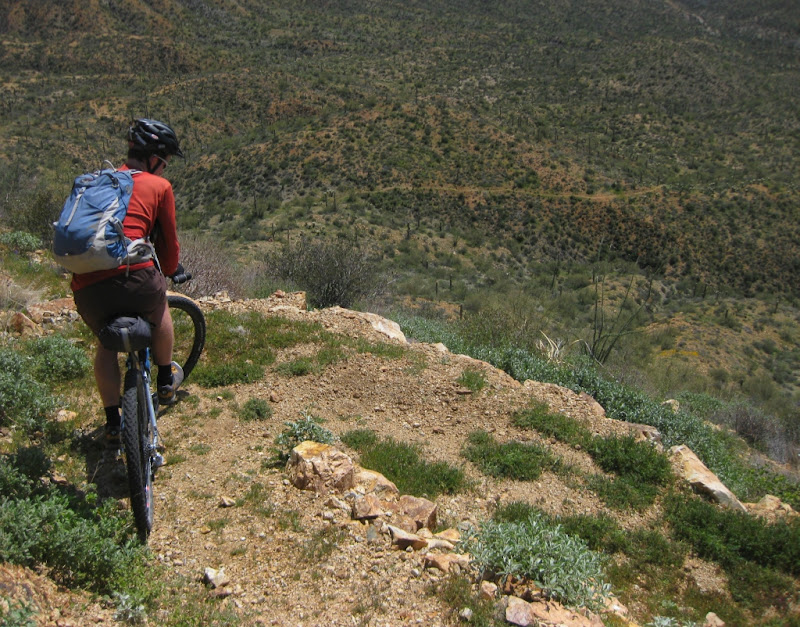 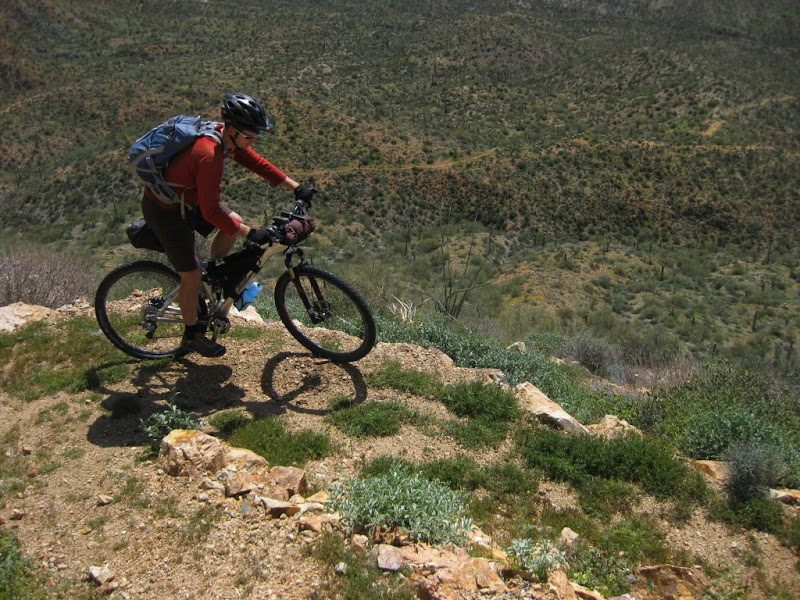 He pulled it Scott was the winner.

We stopped at the bathtub spring for some more water. This would be the last place to refuel on water before Box Canyon. 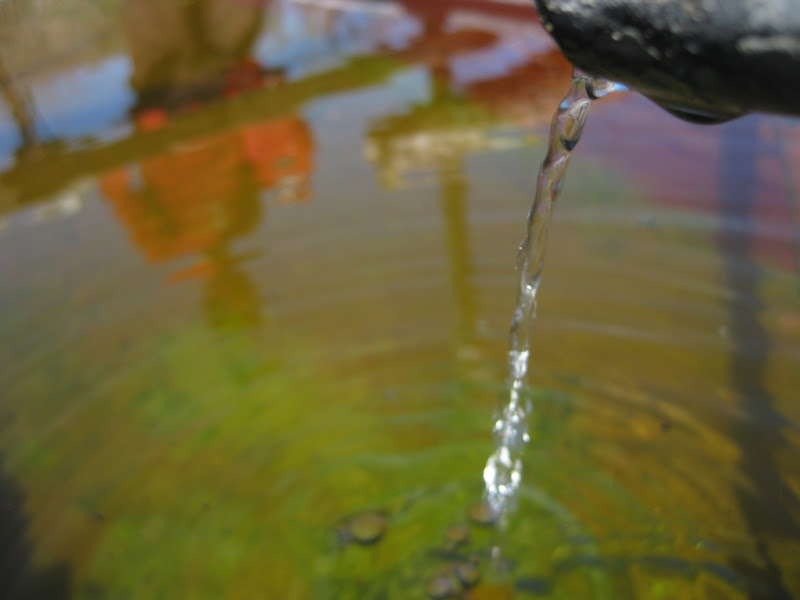 The classic moment was when I yelled, "Snake, snake! What don't you understand about snake!" to Scott and he continued dumbfounded to ride toward the snake. He pulled up his wheel in a last ditch effort...the snake was not really happy that we had awoke his slumber in the sun. 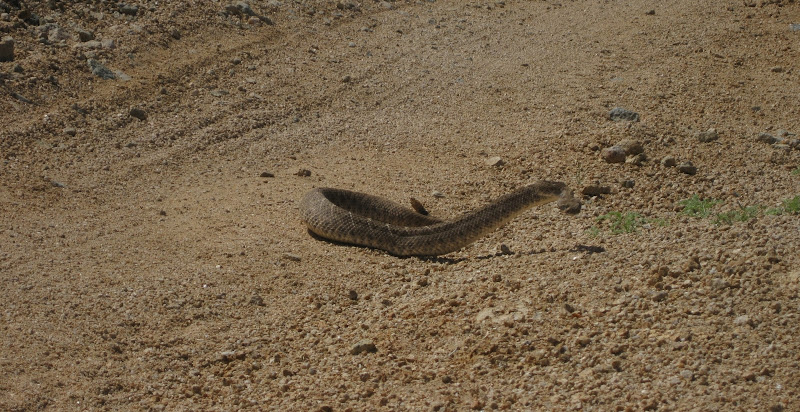 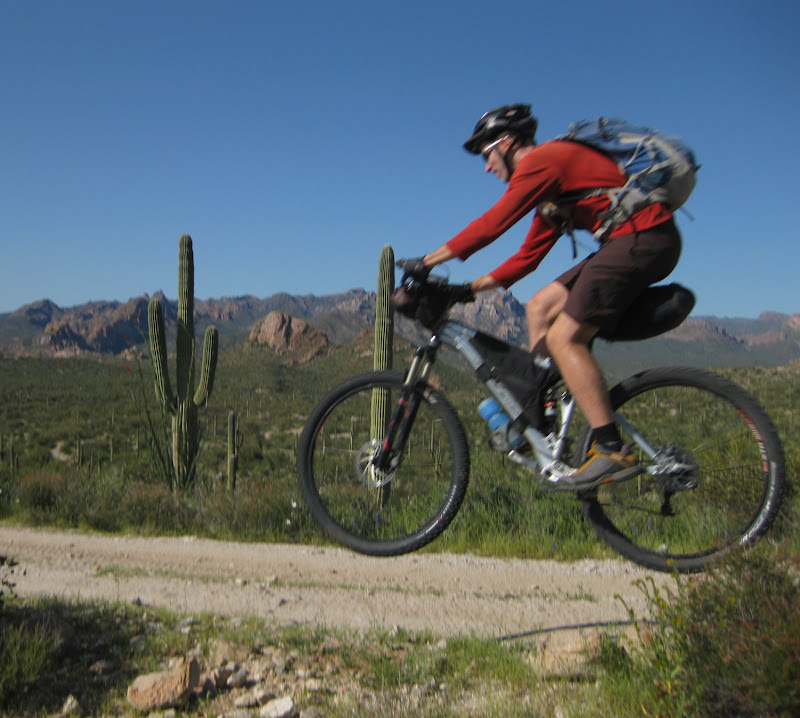 Scott and I (mostly Scott) started to hit some B-lines as we headed over to the infamous Area 52. 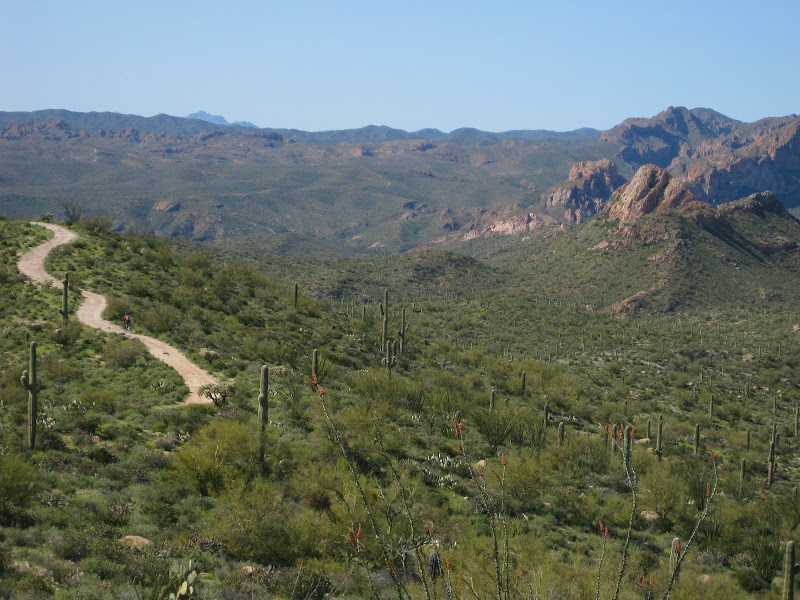 We started off in the toilet tubes, Scott heading up the first steep tube that was "rideable." He nearly made it to the top of the steepest section. 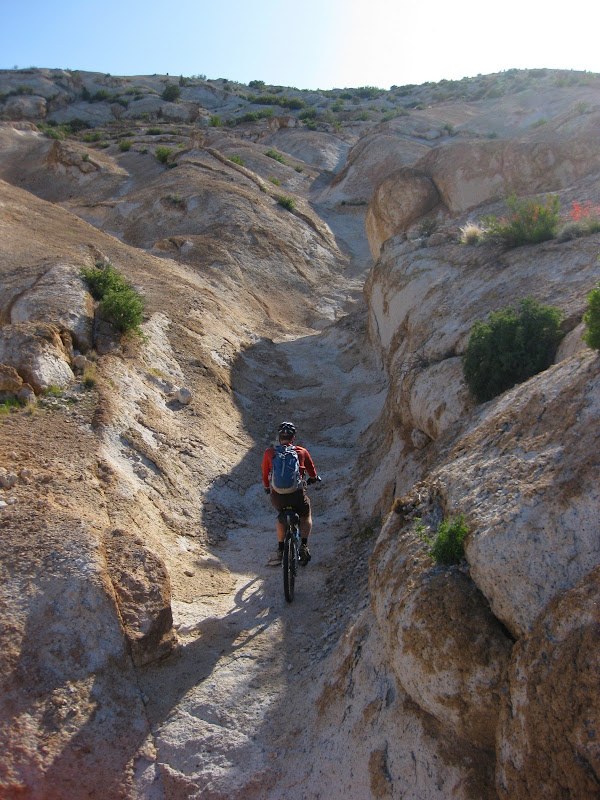 I went up next nearly cleaning the steep section. Let me take a quote from Scott's blog here: Unfortunately, spanking the chutes would be the last impressive thing Chad’s bike would do. 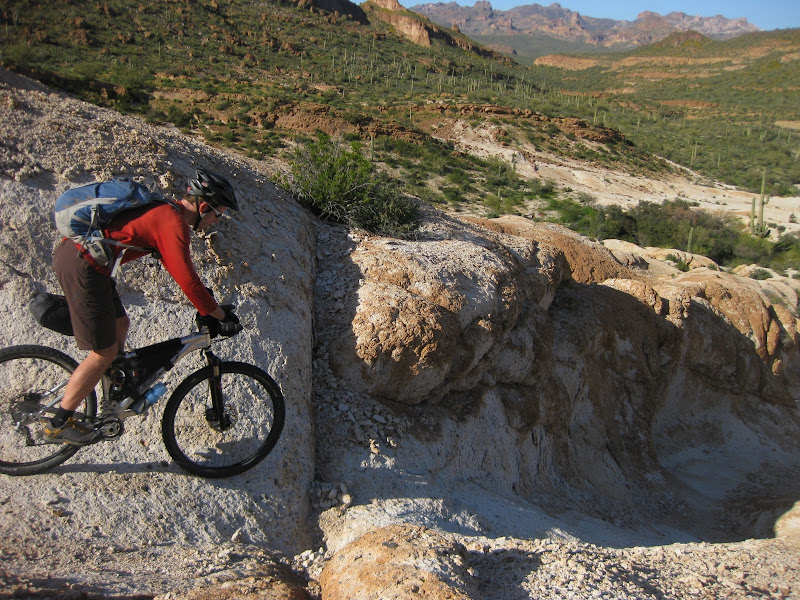 At the bottom of the toilet tube, I realized my frame had cracked in two different places. A moment of sadness fell over me before I quickly started to think about what this meant for me. We were well in the middle of a bikepacking trip and I had plans for more bikepacking this week. 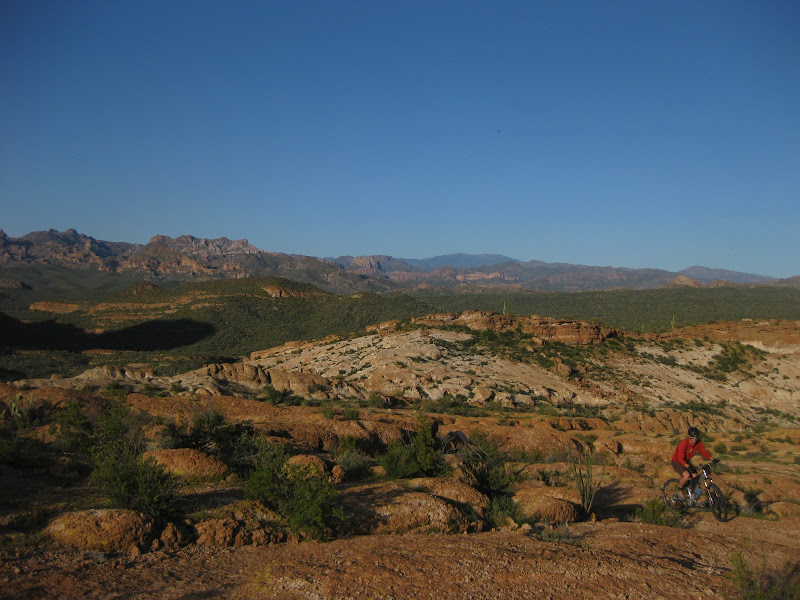 There was only one thing to really do, enjoy Area 52 on Scott's bike. One person rode... 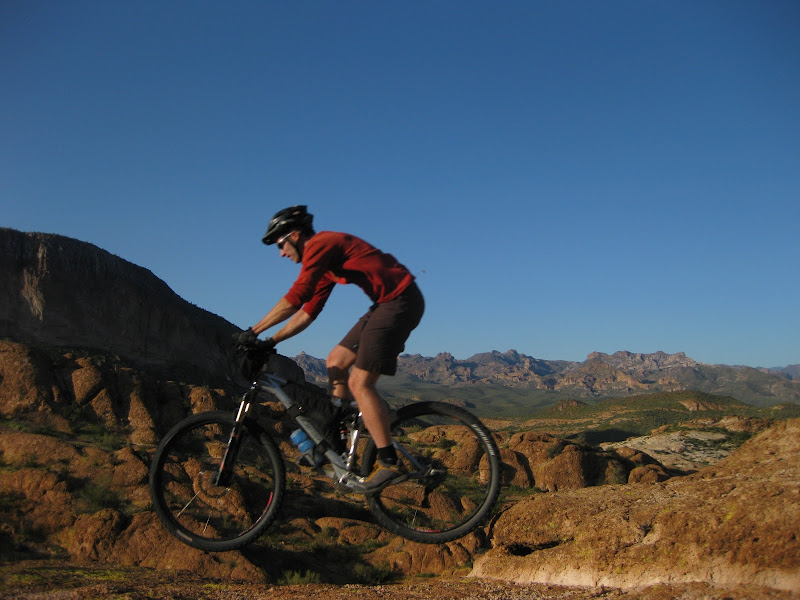 ...while the other person ran around taking pictures. Brillant idea since it led to a handful of pictures. 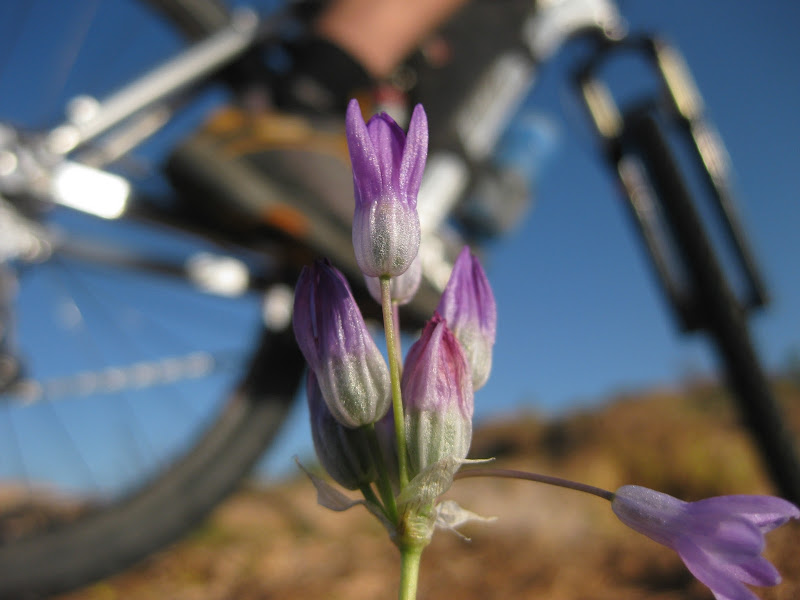 Area 52 is a special place, it takes an experienced mountain biker to really appreciate some of the lines here. Picture courtesy of Scott Morris
Despite the broken frame and the uncertainty of getting back to the car, I went to bed thinking of all the rides I had done on the orange Leviathan...it was a great frame, easily the greatest bike I have ever owned. Photo by Scott Morris
At least one of its last moments was spent at Area 52, spanking the toilet tubes. More from Day 2 tomorrow.

This was a great trip. I really like the shot dropping into the toilet tube.

Let the bikepacking photos/reports continue! You've got a lot more to post...

Chad/Scott,
Fantastic photos as usual. I've recently found this site and am greatly enjoying it - keep up the awesome work/rides!!
What type of camera/lens combo are you using?