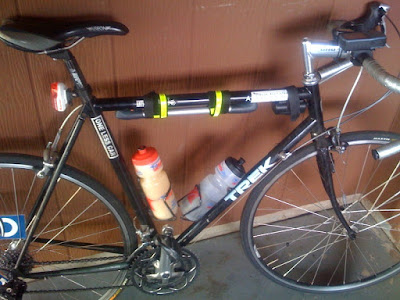 Base miles was the goal today. Nothing fast, just ride and enjoy it.
The stats from the day:
105.94 miles
with an incredible moving time of 7:59 due to wind gusts up to 40 mph (yes you read that right). I think they were mostly hovering around 10-20 mph for most of the day.
I linked two different routes" my Foothills route (about 4,000 feet of climbing) with House-Palisades (about 6,000 feet of climbing) route for an overall gain of 10,009 feet.

The wind gusts were a bit much, but I did enjoy the ascent of Lemmon. Very few cyclists past Molino Basin due to the wind. I saw about 200 roadies with what I am assuming is the GABA ride on Ina while I was riding toward Lemmon. I am not sure who would want to ride in such a big cluster.

So why the epic failure? I had originally thought that I would ride to the General Store in Summerhaven, but the wind on Mt Lemmon was so unbearable that I could only force myself to Palisades. Also, I had planned to ride out all the way to the end of Sunrise, but I decided that since I got a late start, I would speed down to Craycroft.

My helmet broke this week and my LOOK road shoes are about to bust. Both shoes and helmets are on order. Also, the I Bike Tucson/AES shirts should be in something this week. If want one (and have not emailed me), make a comment so I can save you one. Sizes are Small-XL.

Edit: Coming soon.... AES spoke cards! I hope to have some pictures by tomorrow. They should run around $1 (just price of shipping) of will be added on to any shirt purchased. Anyone interested?