We were a bit slow to rise in the morning. Donuts for breakfast before continuing up Pole Canyon. 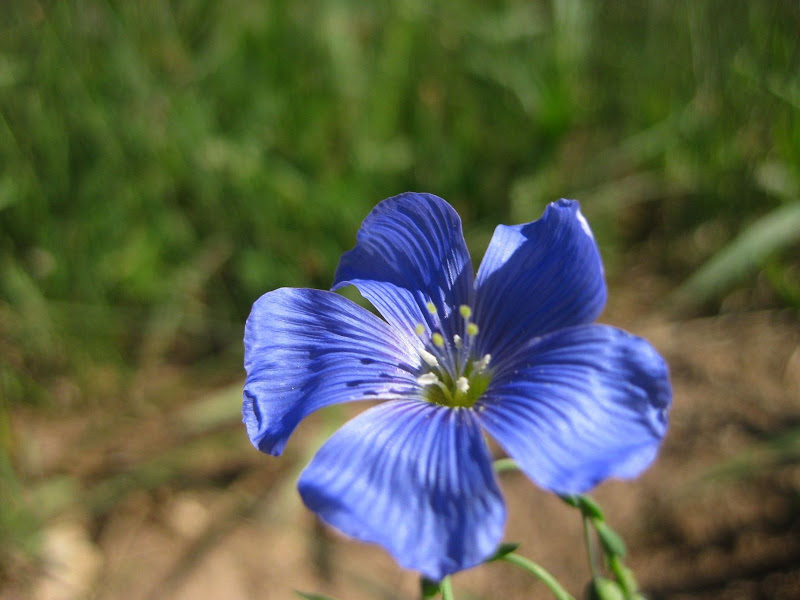 and on to my favorite trail on the route, Grand View. 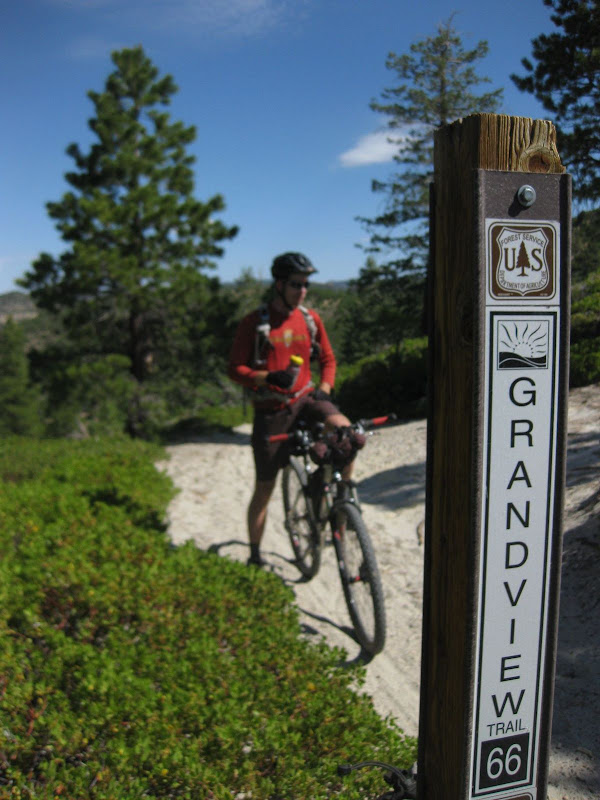 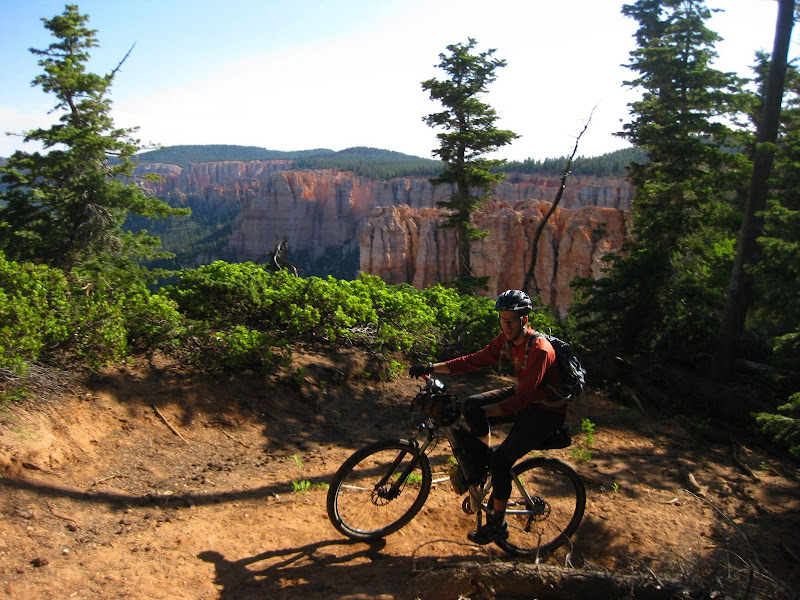 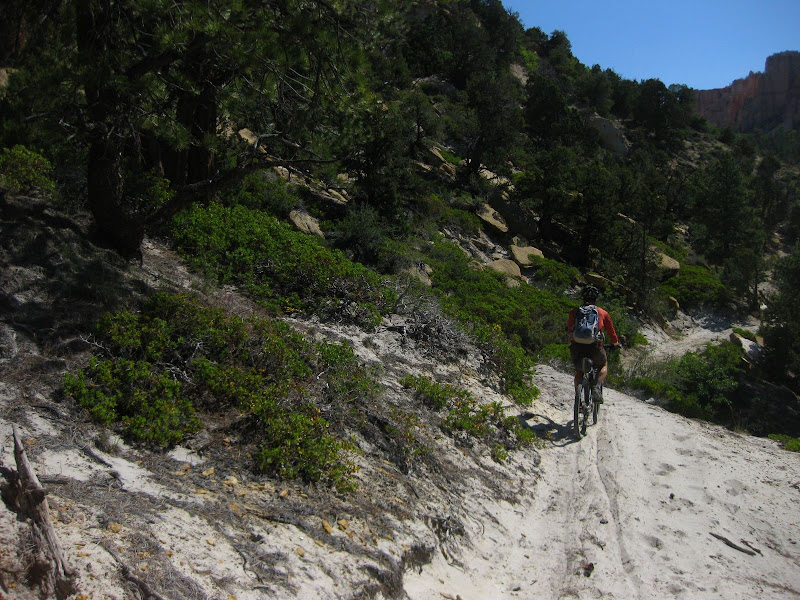 Later, we dropped 1000 feet off the plateau only to ride back up. I was questioning Dave's route choice for a few miles. 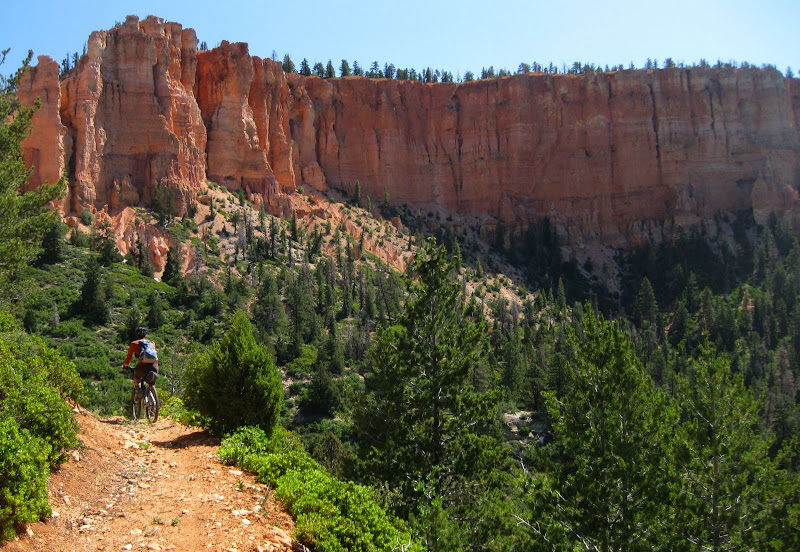 As soon as I turned this corner, my faith in Dave returned. Why did I ever doubt him? 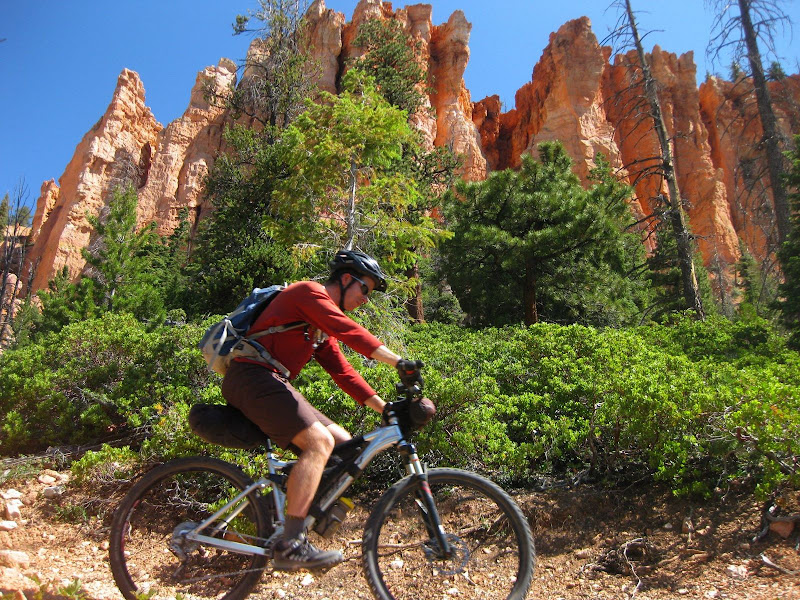 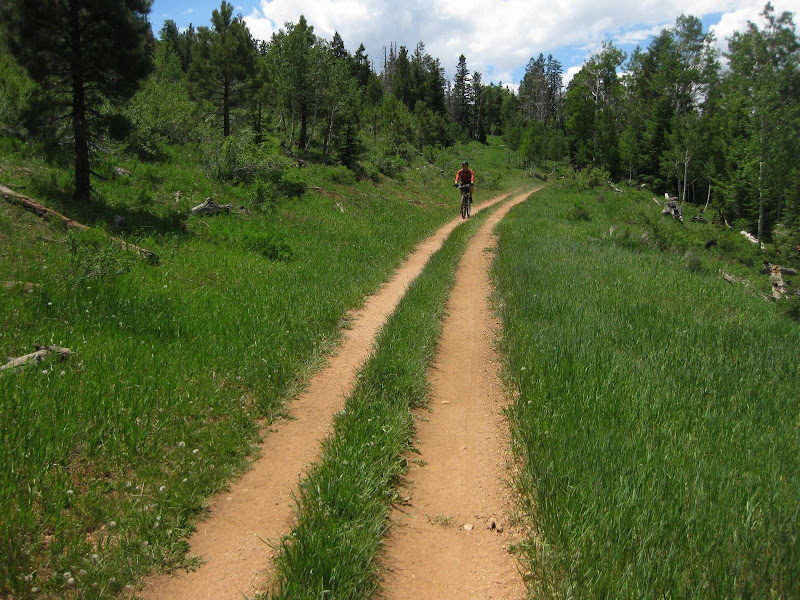 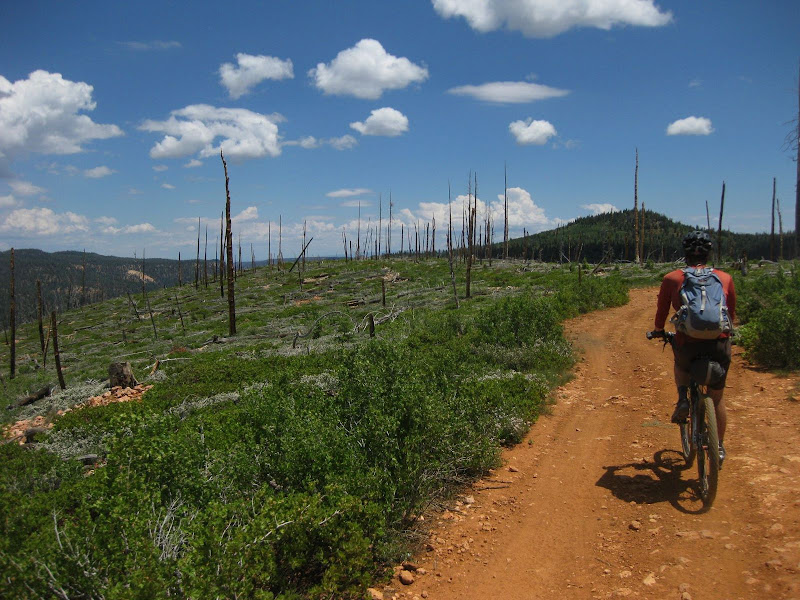 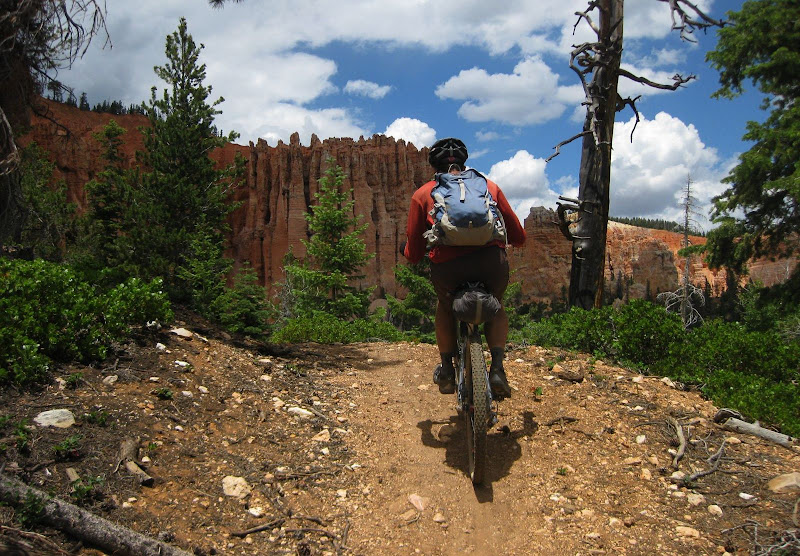 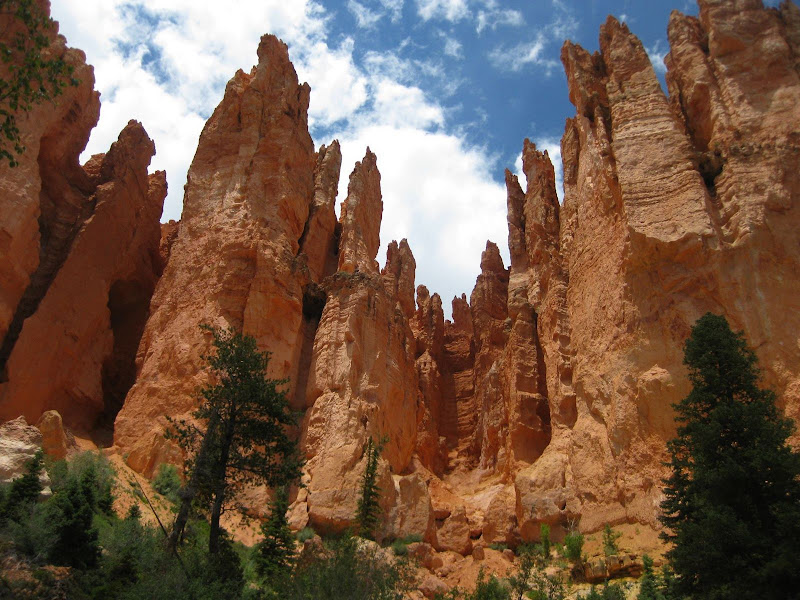 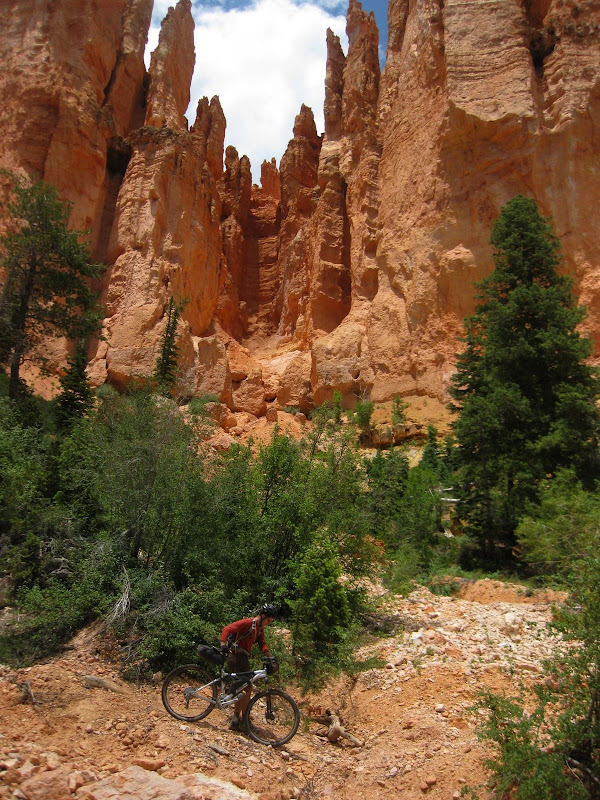 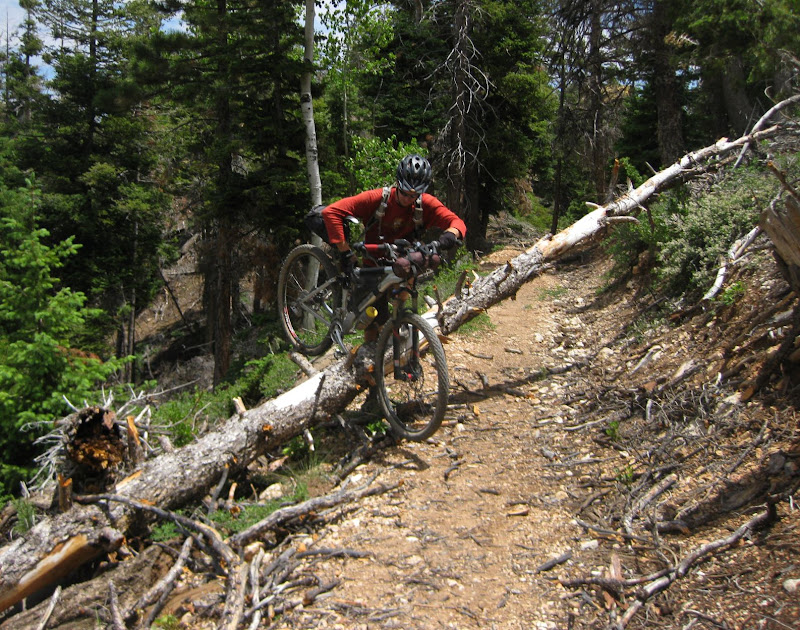 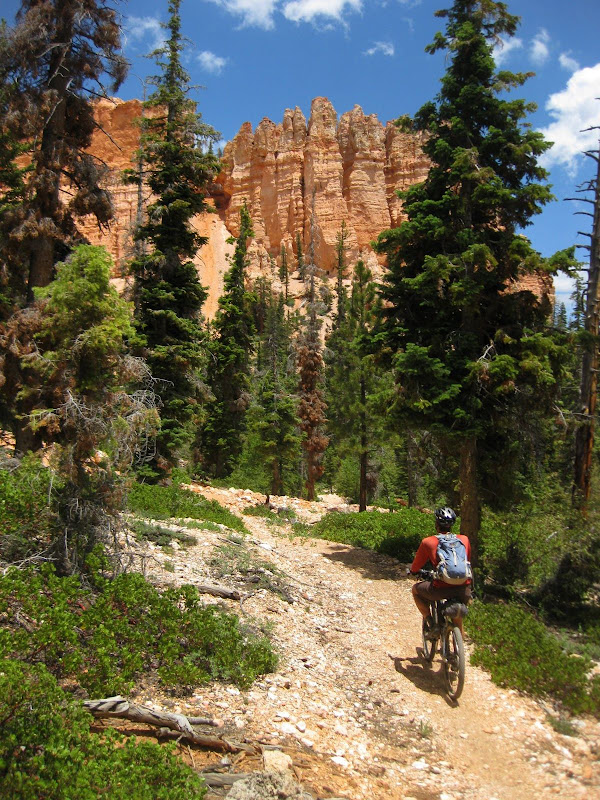 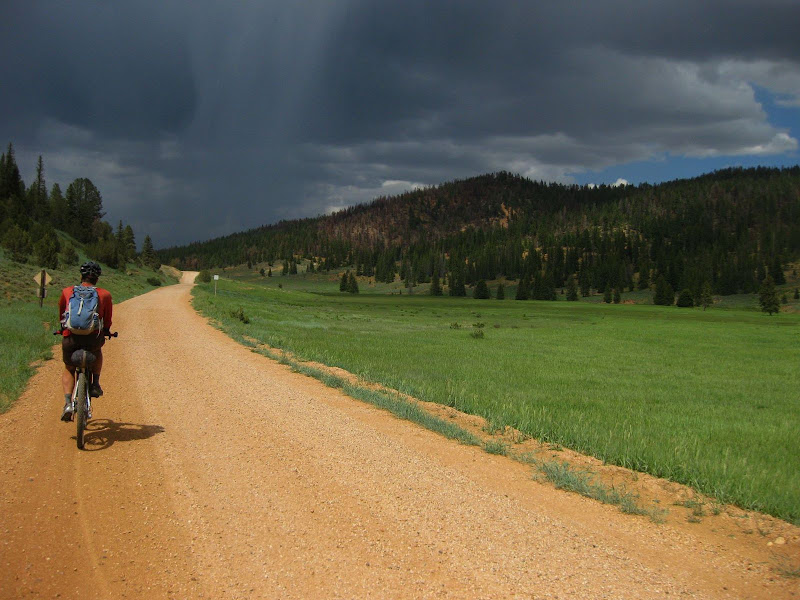 A thunderstorm caught up with us just before Chimney Rock TH. We hunkered down under an awning at a camper's site. After being tempted by beer and soda (we politely refused), we pressed on only to catch the same storm that had just passed. 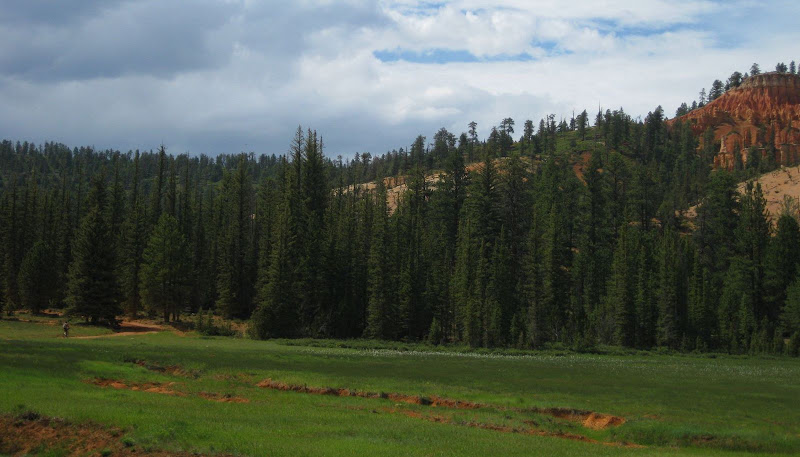 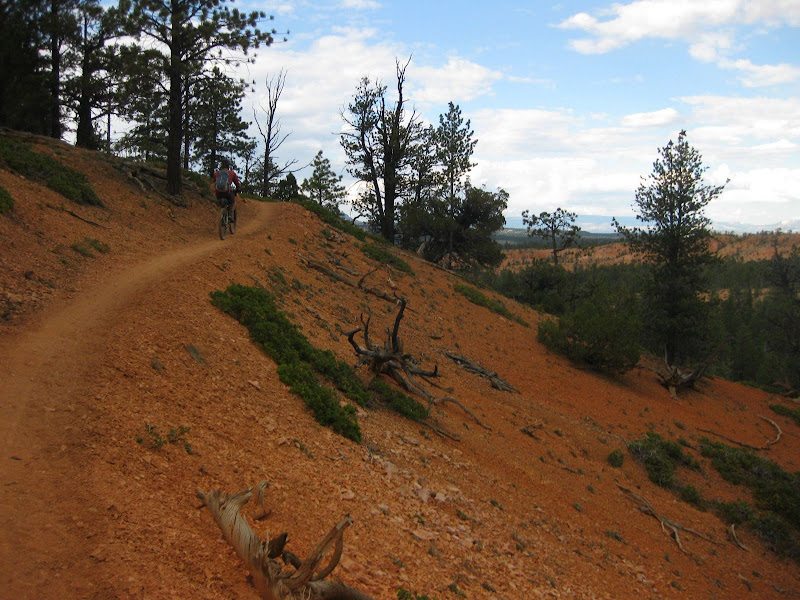 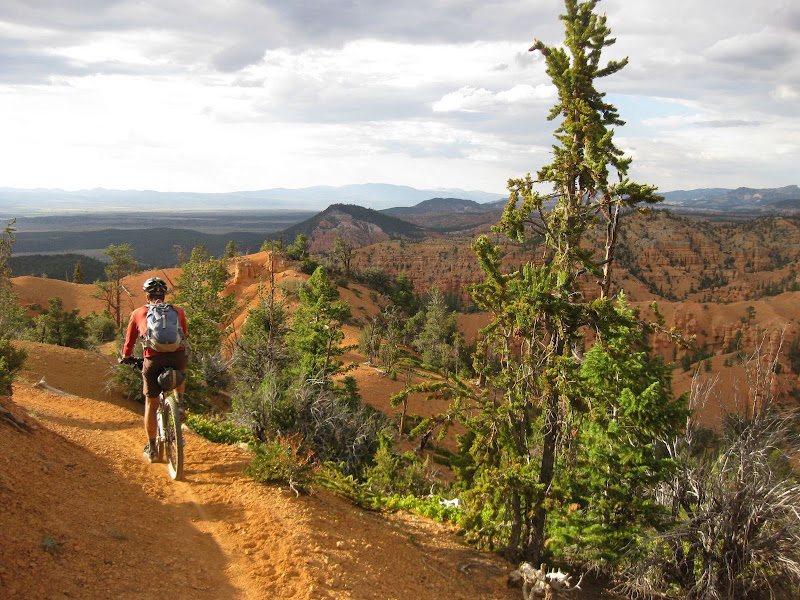 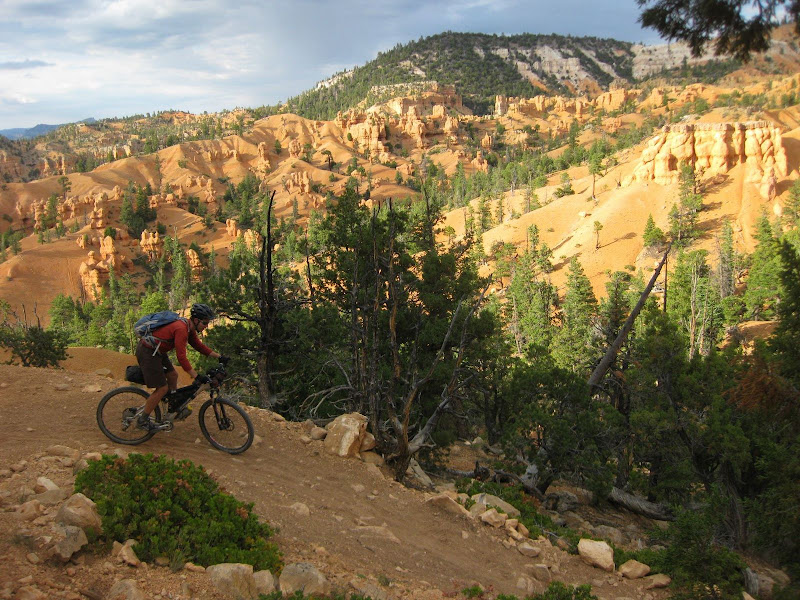 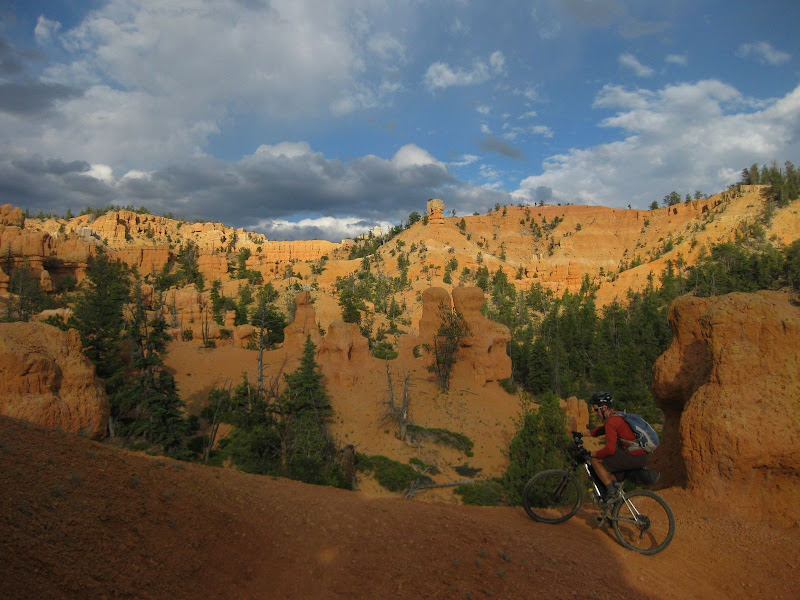 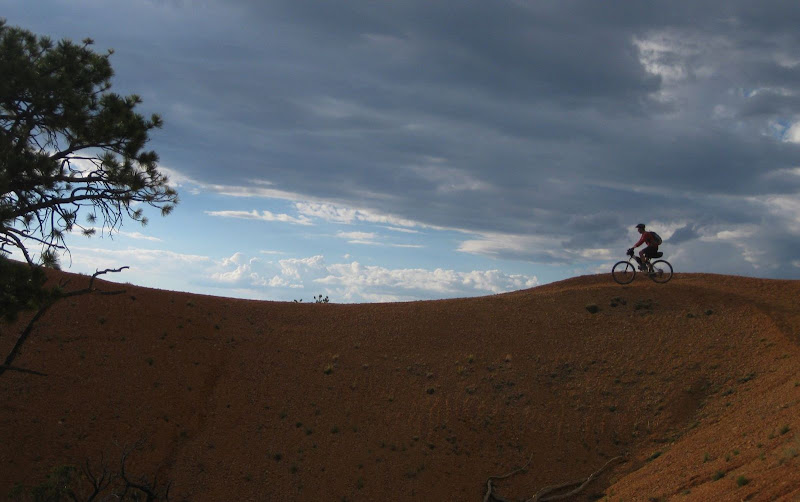 At the beginning of Thunder Mountain, it was too dark to take pictures. As we neared the end, the light finally opened up. Some amazing lighting really lit up the place for 30 minutes. 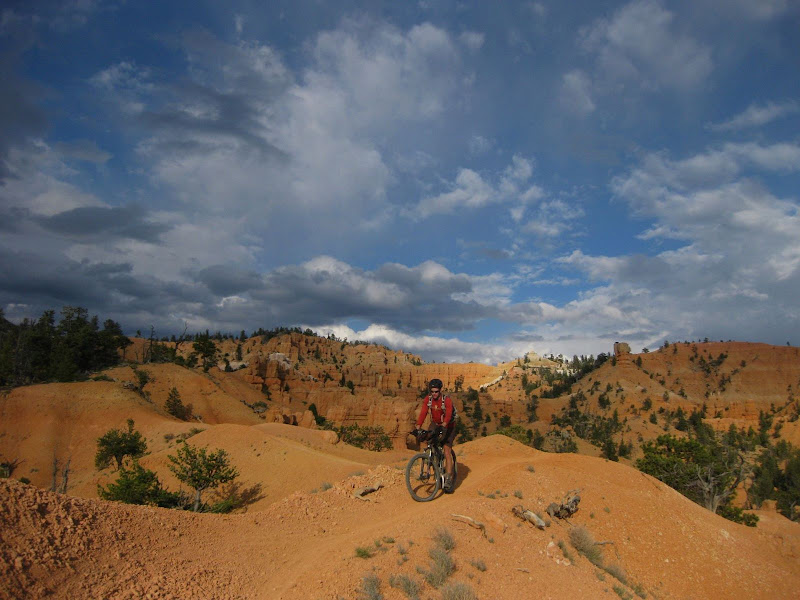 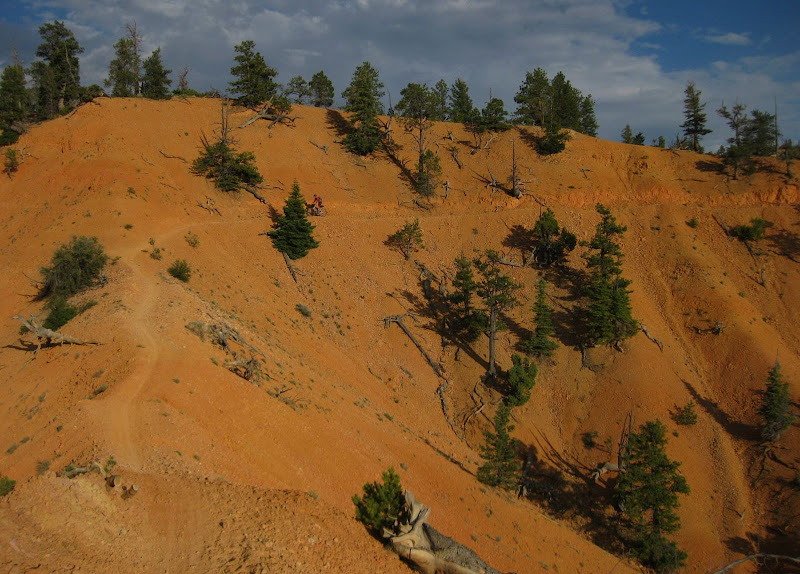 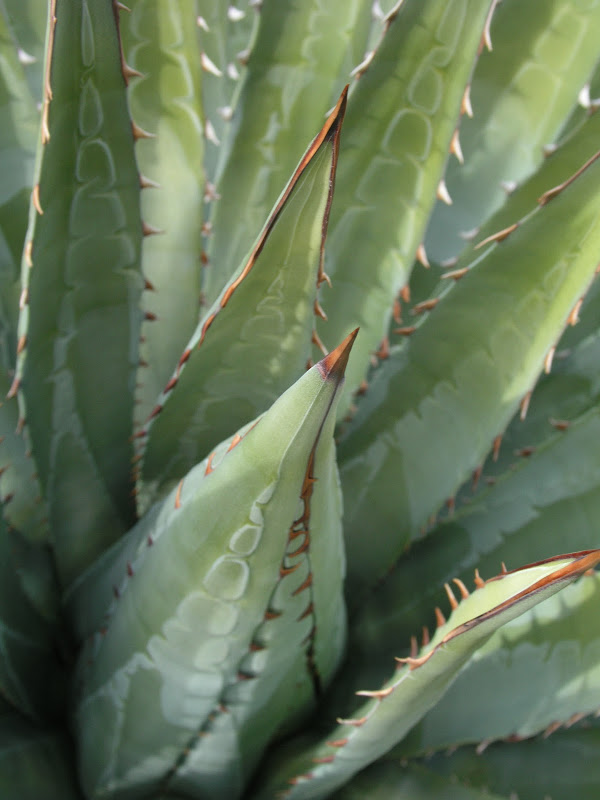 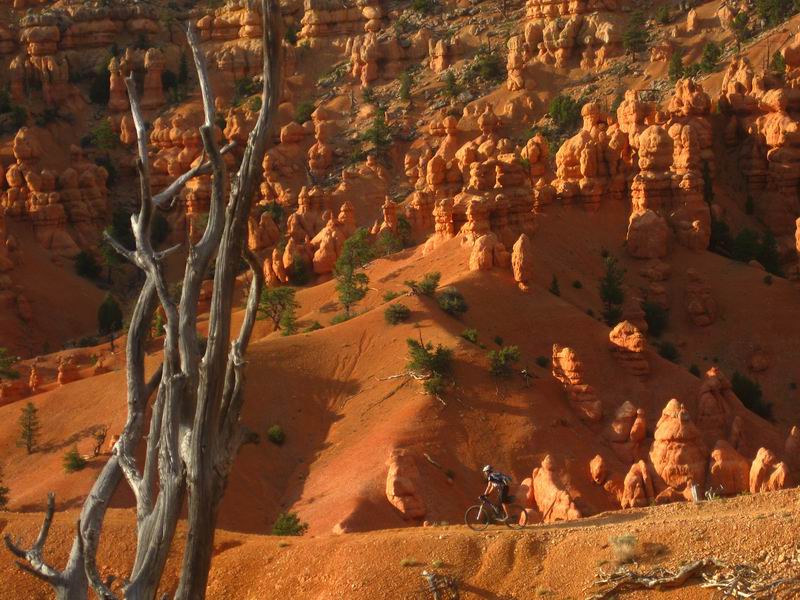 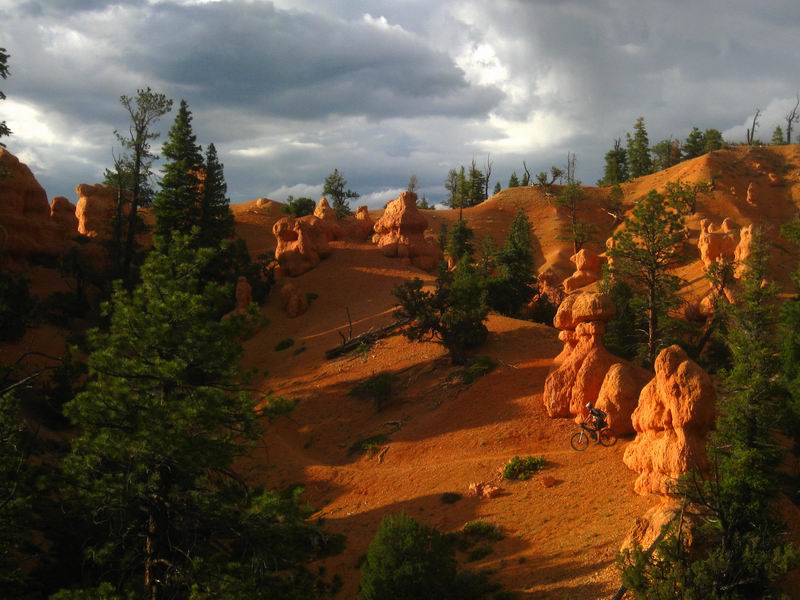 After Thunder Mountain, we zipped down the highway toward the lodge for dinner and a place to stay. Scott ordered the chicken fried steak (which was delicious), I made the healthy mistake of ordering the chicken balsamic (less calories and so-so). After dinner, I called my girlfriend. She was slowly progressing from food poisoning in Mexico.....time to bail.

Although, Day 3 still had plenty of riding and hitchhiking back to the car.