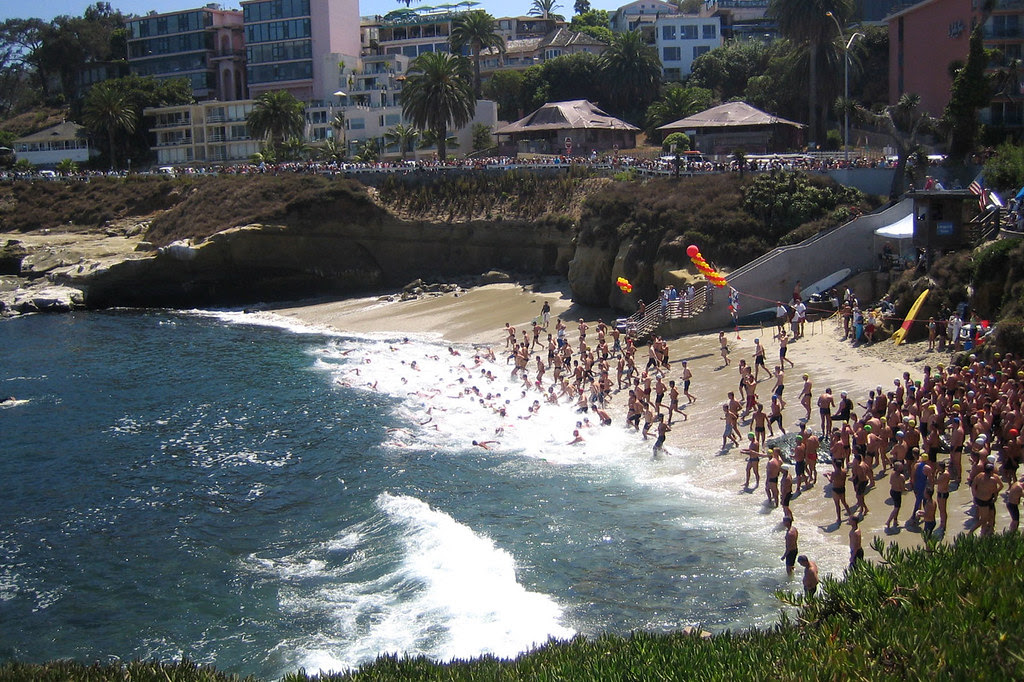 Start of the Men's Masters Group at La Jolla

Petter, Kathy, Andy and I drove to San Diego this weekend to do the La Jolla Rough Water Swim. I had originally planned on doing the 1-mile race but things changed when I got to San Diego. While standing in the 2 hour registration, we all were chatting about doing the 3-mile Gatorman race.

No amount of cold water showering in the months prior to this race or pre-race Vaseline on my body could have prepared me for this race. On a side note, lathering up in vaseline was one of the most unusual things I have ever done for a race. Anyway, I did both and it was still a very, very cold race, this of course coming from a zoni.

There was one heat of 500 people that started the race in the cove. I felt like I was doing very well up into the first turn-around section at the pier (around 50 minutes to reach there). When I turned around to return to the cove, the waves were higher due to the 10 mph wind. My feet started to get really cold about one hour into the race, cold enough to the point where I could barely feel them.

When I did finish the race, I was so cold that I was a little dizzy and my calf seized up. Upon hearing Kathy and my Dad yell at me, I managed to hop across the finish line at the beach on one leg. I almost fell over a few times while I was fumbling around the cove. I am not sure how to explain how I felt after I finished the race. It was not pain, more like pain from the cold water. 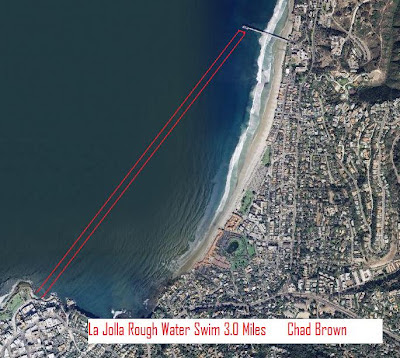 After chugging down some electrolytes, I headed up to where my Dad and Kathy were standing. We headed back to the cove where our stuff was, called Cousin Aunt Penny, and she and her bf Phil found us. I had to put on my sweater to get warm.

A few hours later, my Dad and the crew ate at Rubio's on the way out of San Diego since we were pressed on time.

Click here to the the results of the Gatorman Race.

impressive!
i'd like to see pics of you in your speedo with dad....

Hey there! There were definetly no pics.of Chad in his Speedo with Dad. I can tell you though, that water is really cold, I was the proudest Dad on the beach when he came out of that water. You did a great job. I will send the pics. to snapfish if you want.

Yes.. I agree... Speedo with Dad would be great :)
You rock the house Chad! I am so proud of you.