The San Juan National Forest has become one of my favorite places to visit in the southwest. The colors above treeline are unmatched. The green, red, yellow and white (snow) make me want to move to this area full time.

Early in 2016, I hatched an idea to return to this area to Lee Blackwell. Later, as we were talking about plans, Scott began to chime in about routes and possibly joining us. As with any tentative plan, it is hard to nail out the details early. The goal was about 5-6 days of bikepacking.

Lee worked on the GPX files up into our departure, adding in some new-to-us trails. Scott was already in CO and we planned to meet in Durango. I was having some problem with my tubeless setup that extended into our planned departure. We left a few hours late because of the tubeless issue. 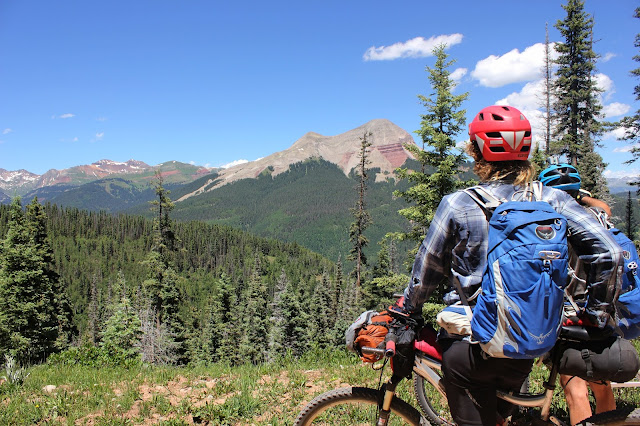 Scoping out where we are going from Cacade 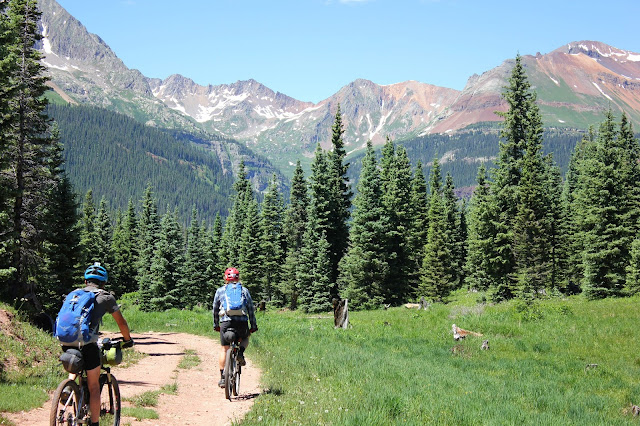 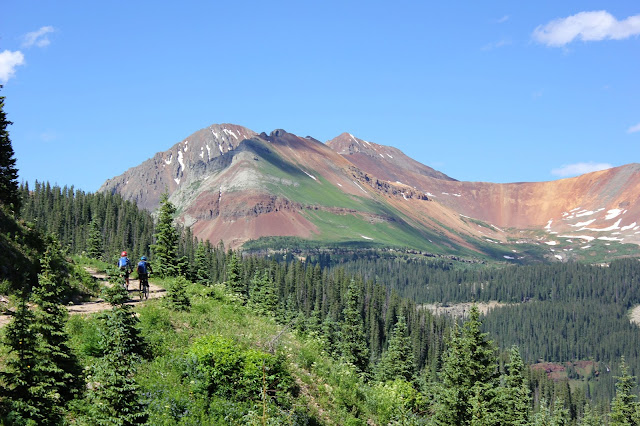 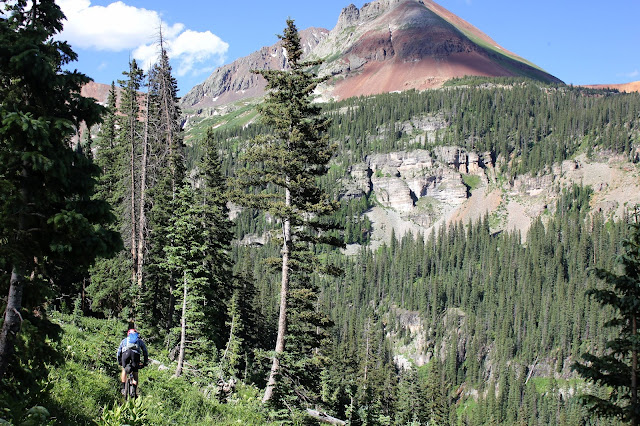 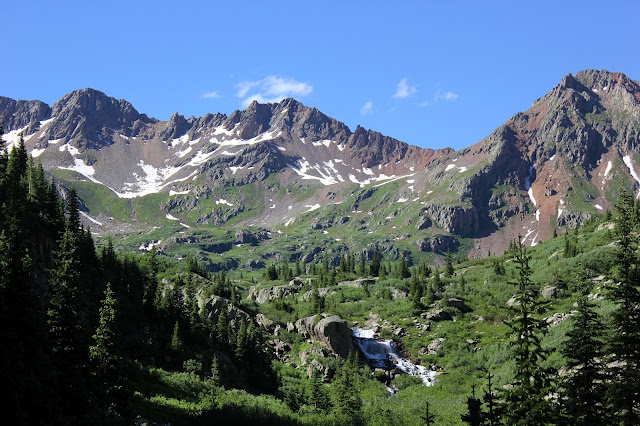 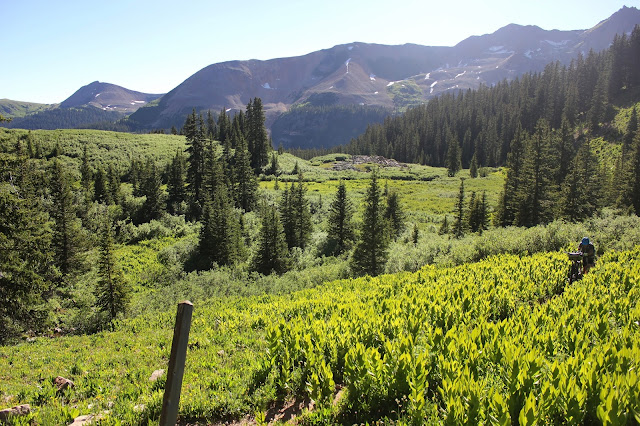 After riding the CT for a few miles, we veered off on Engineer to do the lower, more scenic option. 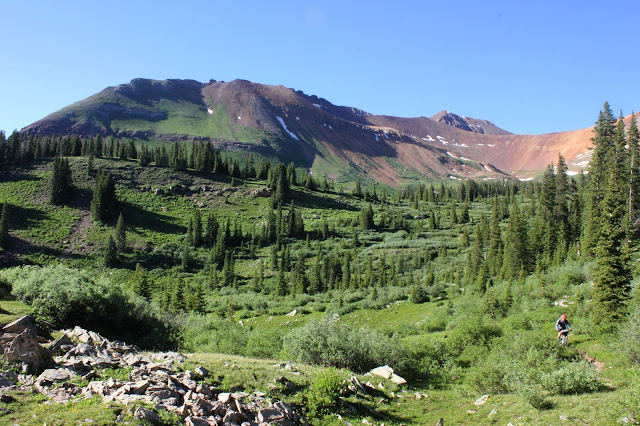 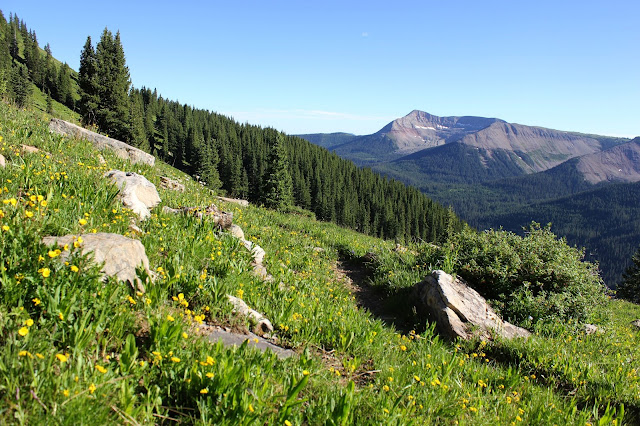 Wildflowers were starting to bloom this week. I can't imagine rushing through this trip; in fact, that was the general mood of the entire trip. Blue skies were in the forecast for the next 7 days. What a treat! This time of year is typically monsoon season. 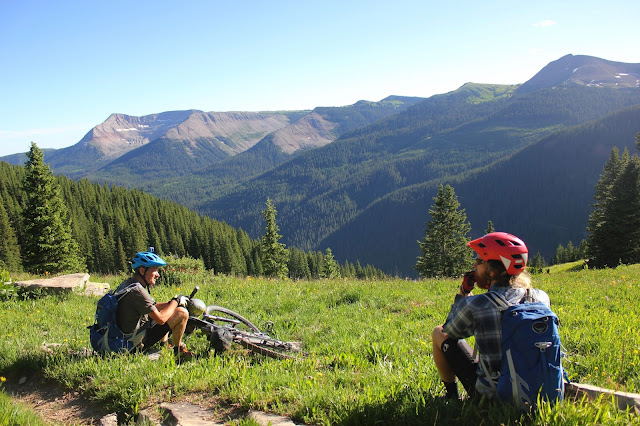 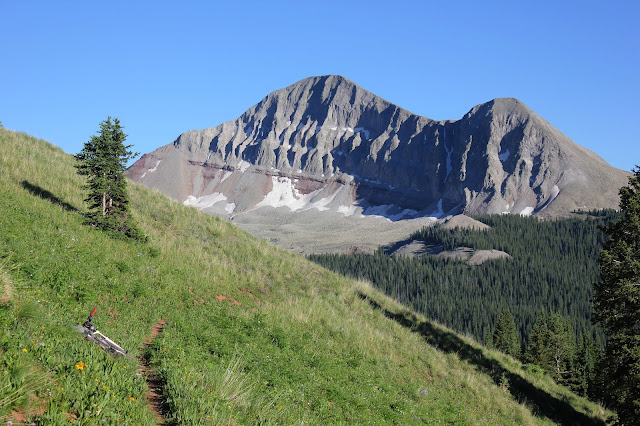 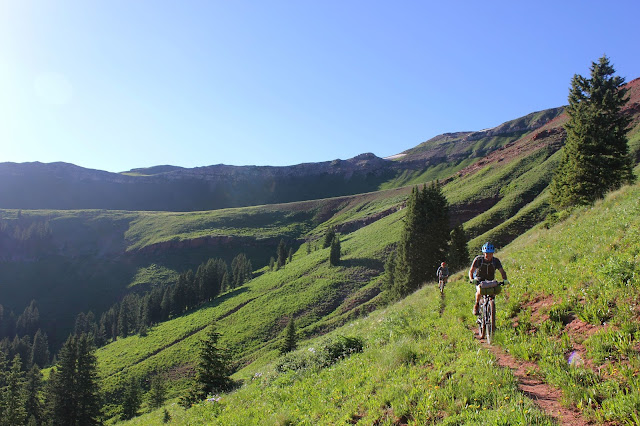 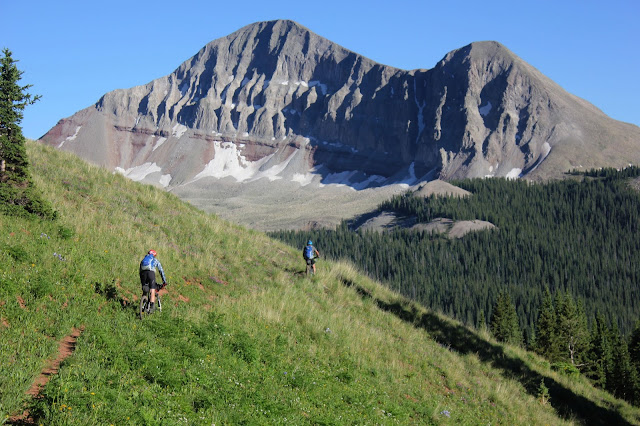 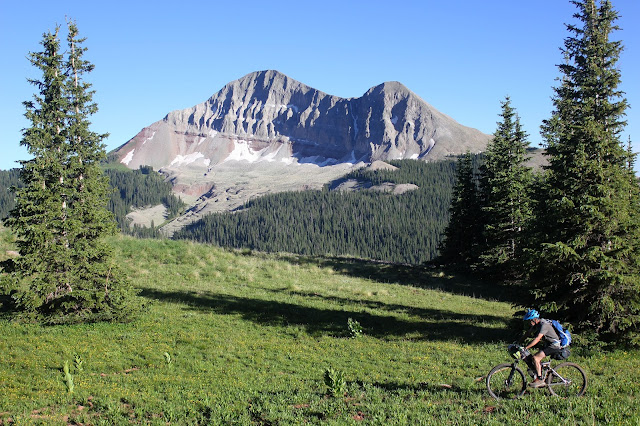 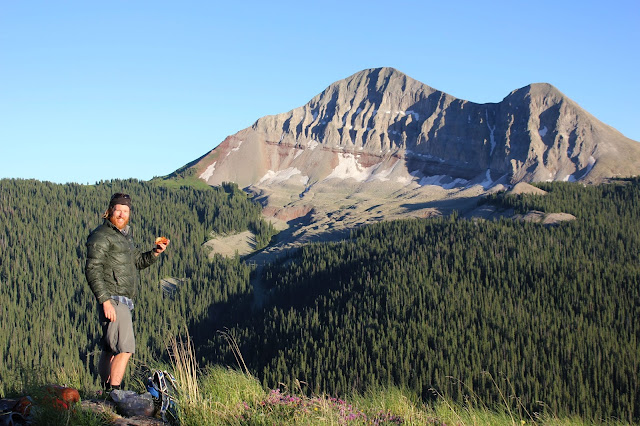 We found a spring and decided to stop a little early with the above view of Engineer. Pizza + Engineer, it is hard to beat that winning combo. 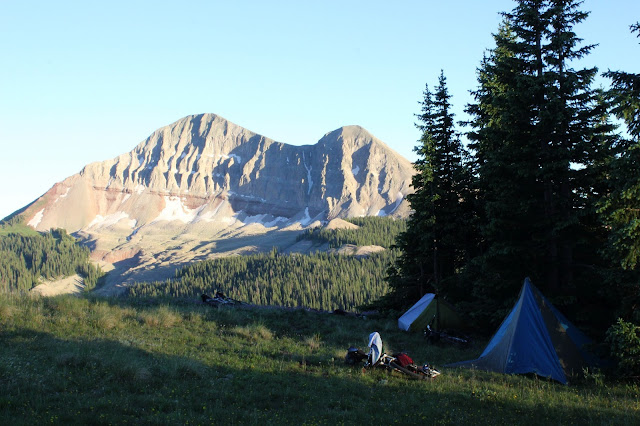 View of the camp 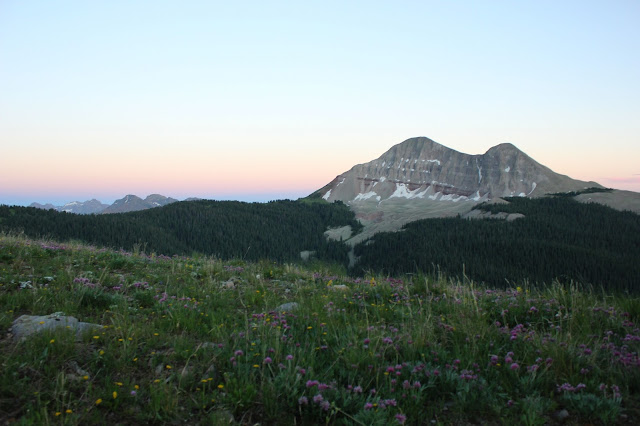