Few things are more beautiful than orchestrating your own suffer fest. For years now, we have been flying under the radar doing things we never thought possible. Now, we have found that not only is it possible, but people are doing it far better than we are. There is rarely a clap or shout when we begin; these are not the things that we strive for....in fact, on the contrary, we are here because we want to see *what* our body will do when pushed and pushed and pushed. With that, comes the newest race that we have conjured up...the Gila 100. It has been something we knew was possible with the completion of the Gila Canyons section of the AZT.

And so, we started at 5am last Saturday after a sleepless night filled with coyotes howling and 18-wheeler jake brakes. Only two spectators were there, a giant crowd by normal standards. Things were going well in the beginning from the climb out Picket Post. We chatted and rode. A normal beginning to what would become a long, long day.

Until, I realized I had dropped my GPS probably several miles back. The amount $250 dollars popped into my head. Go back or continue? Money is futile. Continue.

You can't buy a sunset like the one that was over the Gila Canyons that morning. Look to the left and the sun was coming up with some tints of orange, yellow and pink. Look to the right and you saw those being echoed on the canyon walls. Glad I continued to see this moment. We are at one of the highest points of the trail as the sun creeped up, drop into the shade and bomb down what should be called the best trail in Arizona. I could see the front runners about 30 minutes ahead of me, clearly riding faster than I could. I kept pedaling hoping to keep my 4th place.

As I stopped to take off some layers, Ray caught me on his singlespeed. Continue. The moment came to descend, where I closed the gap and pressed on toward the river. Aaron passed as we rode near Gila River. That was the last time I saw him, or Kurt or Max in the distance. Everyone is familiar with the next state of racing. You dig in and just ride.Water stops are made to be short. Fill up your water, and ride. Resting only slows you down. 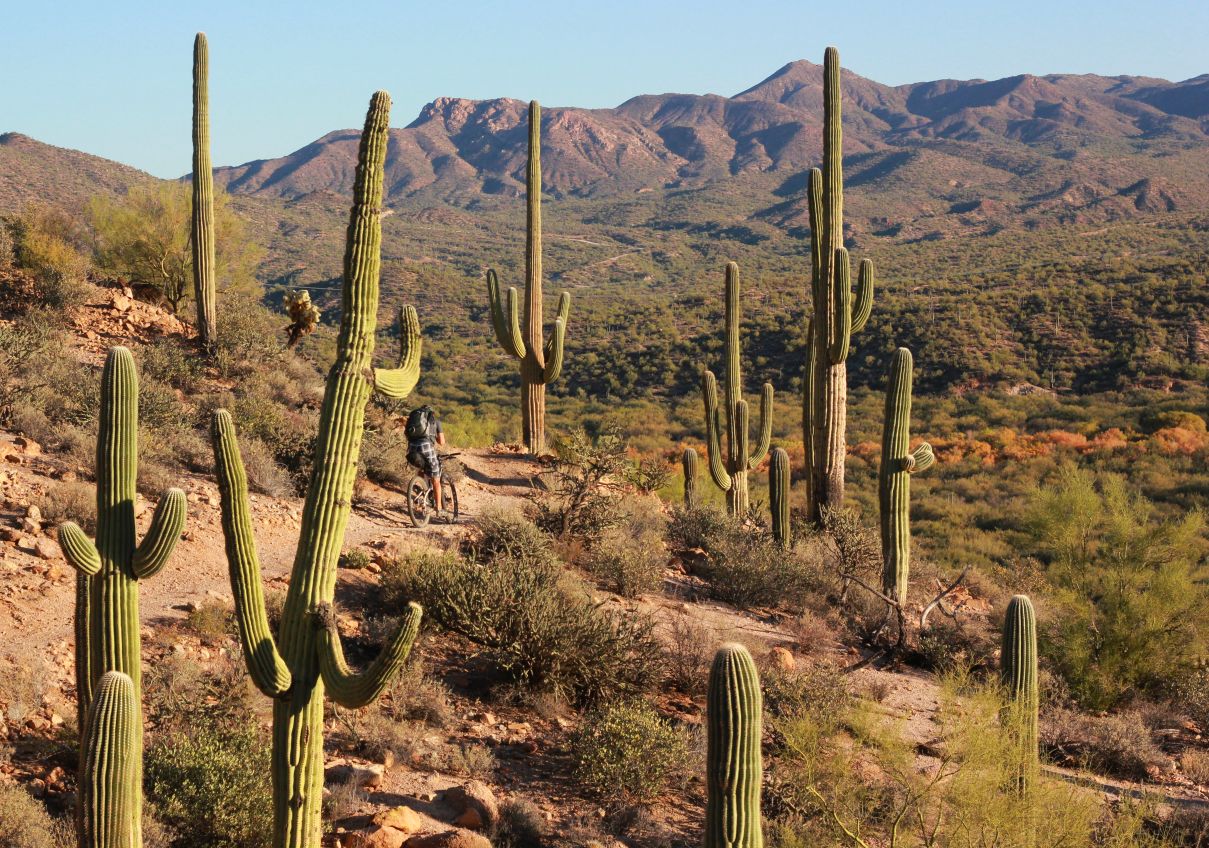 The ache in my legs happened as I started to go up Ripsey. I started losing ground. Neil, Tom and Ray passed me during the Ripsey Section. Pain. This is what I wanted, right? I started making excuses. If I had only ridden more. Maybe that running over Christmas Break did not really help. I thought cross training would have helped. The mind wanders at its own will. We have all been there. I stopped thinking of excuses and just tried to stay within sight of Neil, who was having knee pain. Again, I am sure you have been here. It is when the ordinary becomes the extraordinary, where each pedal stroke seems like it is harder than the last. Mentally, this is why I was out here... where you match up the pain with your strong will. I often choose to slow down during these tough crossroads. Hammering turns into survival. Excuses become reality. Thoughts like "If I had only ridden a few dozen more hours each week...." become concrete facts and you slow your pace to avoid the pain. 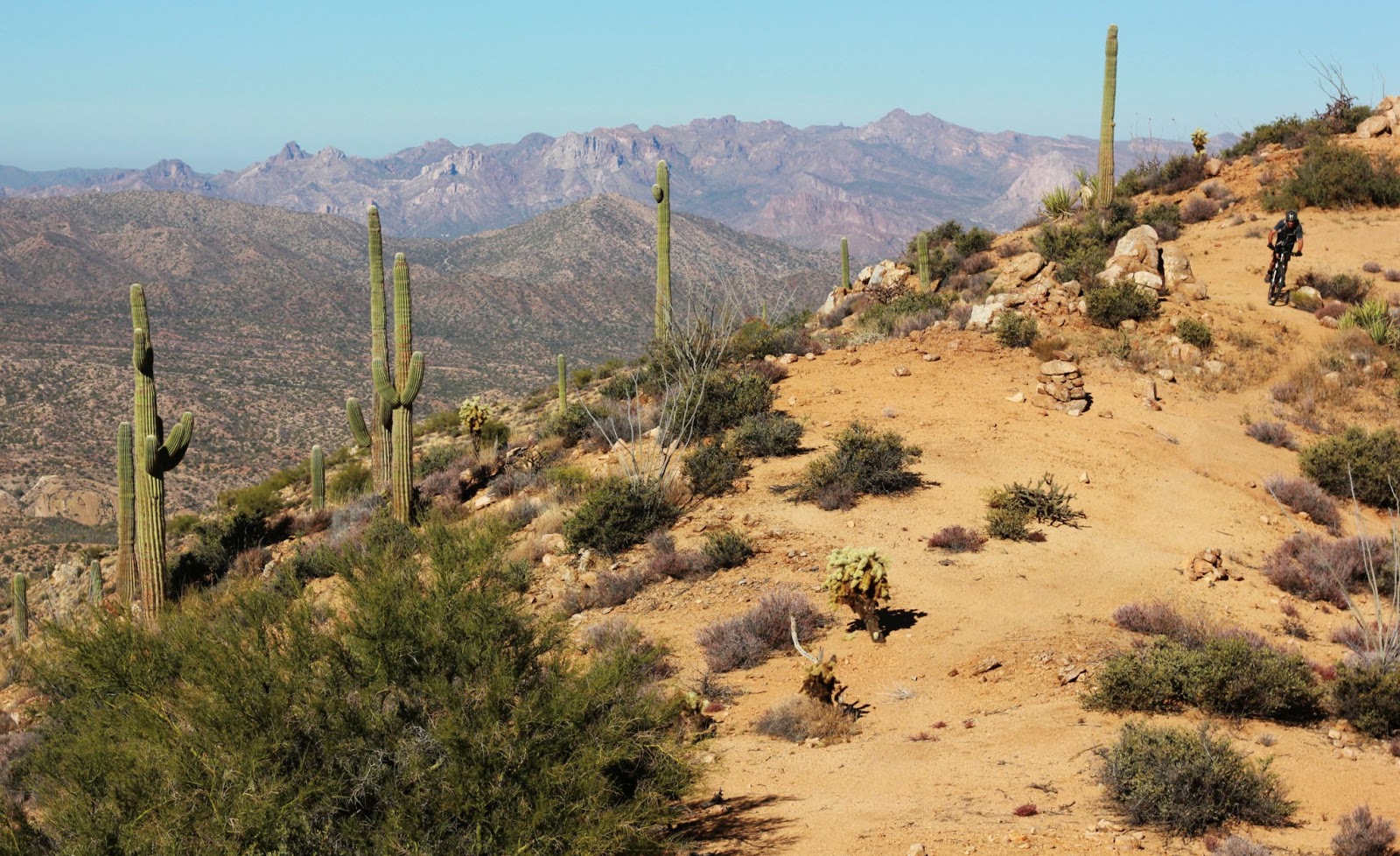 At Freeman Road, things changed, both mentally and physically. I had seen Tom leave the water cache and Neil, unfortunately, would be forced to quite do to knee issues. I put water in my bags, dropped some food and started what I would call, my race. The music started playing in my head, the zeal was back in my body and pain had completely gone. I cruised past Tom and Ray and continued to ride fast. Where had this zeal been during the morning? Ray's handlebar had a saying that had replaced the "If I had only...." ideas, it said "If it was easy, everyone would be out here."

The lighting from atop the new gasline bypasss was another reminder of the best part of biking, riding sunrise to sunset. The Galileros lit up with yellow and pink colors. Night fell as I pressed on into the Black Hills. The eerie qualities of darkness that some acquaint with night riding was exceeded by a calm, brisk night. One could complain about the lack of trail during this section. No complaining from me. It was silent and calm. One could also complain about the hike-a-bike here. Nothing here, just a love of the race.

A could see a LED light in the distance and a light behind me. I had better hurry up if I was going to finish this thing. 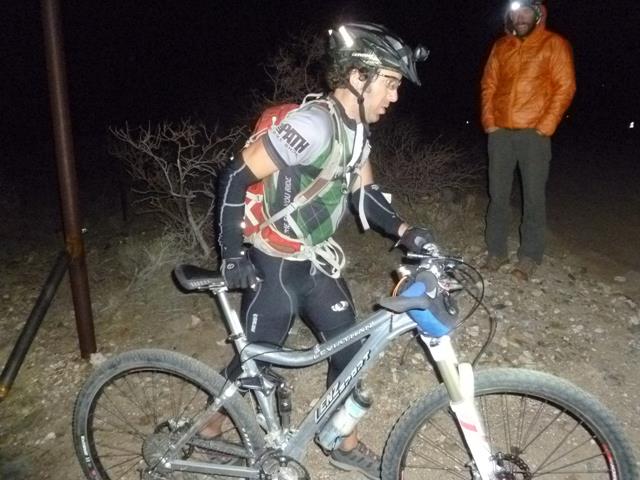 Ask me what I felt about that day and I have nothing but positive things to say. The pictures says otherwise. Don't be fooled, I love this stuff. It is, after all, an *individual struggle* made easier with knowledge, experience and a few other racers around you....

beautifully said, and simply put. I wish I were still in the fight, but my life these days calls for a rest....I burned too many mental matches in the past 2 years to want this....what lurks below however, wants it bad, still. I'll be back to throw myself at the sun....I can't imagine life without it...

Nicely done and nicely written. Good thoughts from the Maestro of all things AES. Pushing limits, unknown challenges, up and down moments, acceptance, flying... all part of why we keep going out there.

My only beef -- no photos from during the race?? Only Aaron's from his phone! Surely someone carried a camera for this Gila Canyons sunrise I have heard so much about?

Scott had I known I would be stopped for 20 minutes with a rolled tire shortly after the descent started I would have taken a few more pics up top :)

Please tell me we're doing this version again next year. One of the most unique and toughest races anywhere! This will be my AZ trip every year!