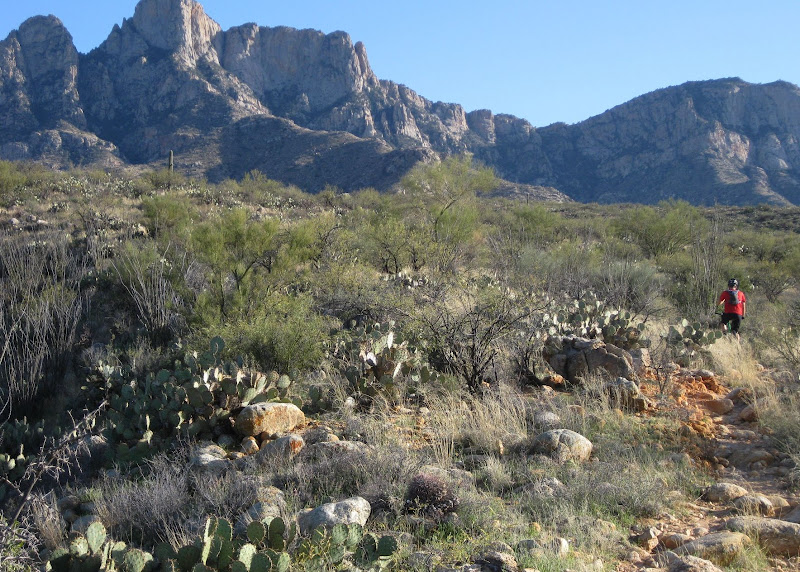 The ride down Alamo is always fun and it tends to be the last trail we ride on Techy Tuesday rides. It is the trail that has claimed around 2 derailleur. It is a tough, tough trail. So when Scott recommended we ride up the trail, I remembered back to the one time I tried to do it solo...it was not a ride rather a walk.Some recent horse riding has even further eroded this area, making for an even more interesting ride if we were in fact going to ride up Alamo. So we did as any techy-thirsty mountain bikers would do, we went for it. 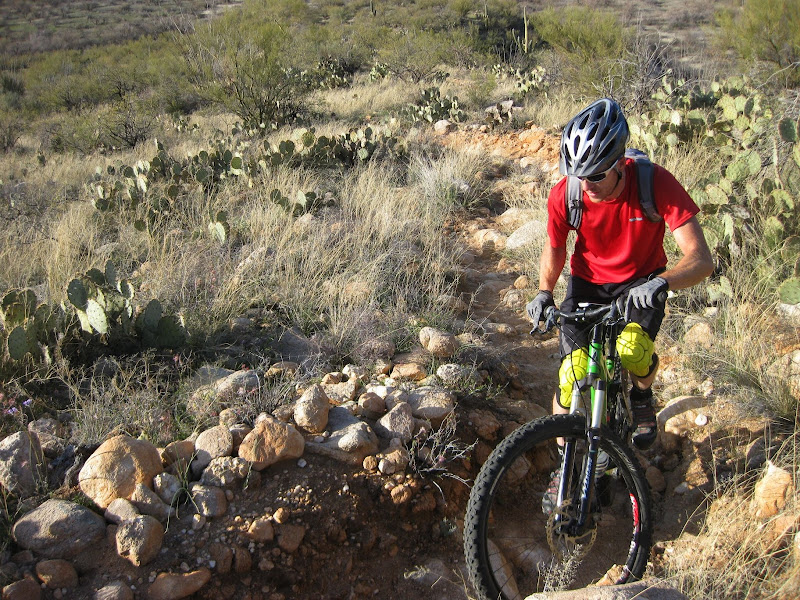 It was surprisingly rideable by our standards. There tends to be a moment where one of us is on and the other person is failing. I began the climb ready and attacking, only to begin to miss some lines. Scott was the opposite, slow in the beginning only to come back with some great moves later on.

One hopes that eventually it becomes even and you begin to work off of the other person's success. I think that is what makes the TTT so much fun. 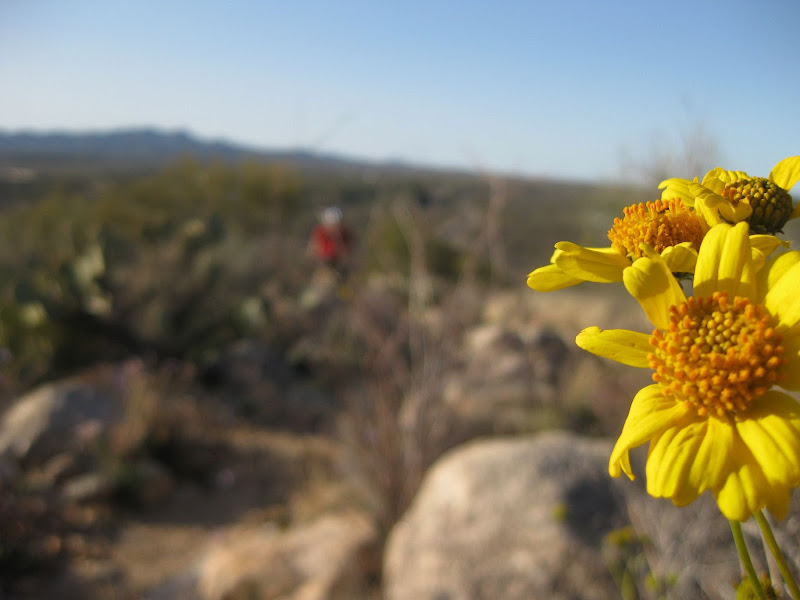 It made for a great ride. 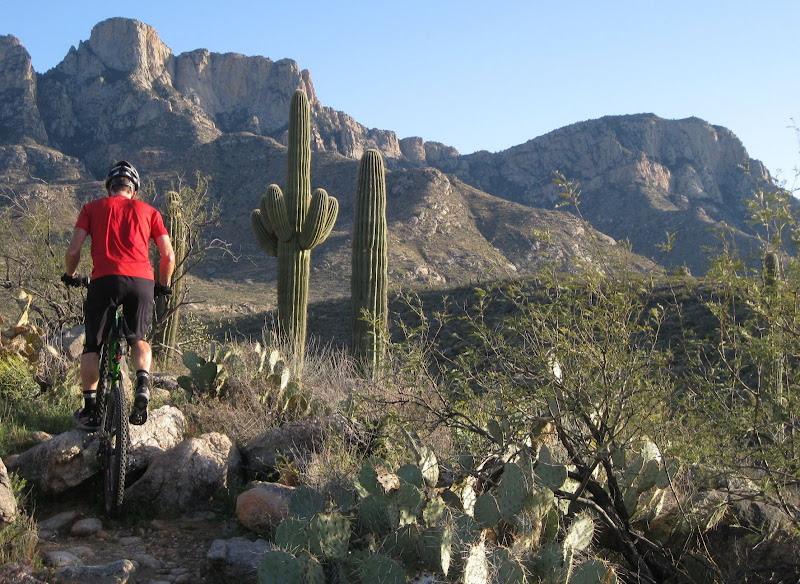 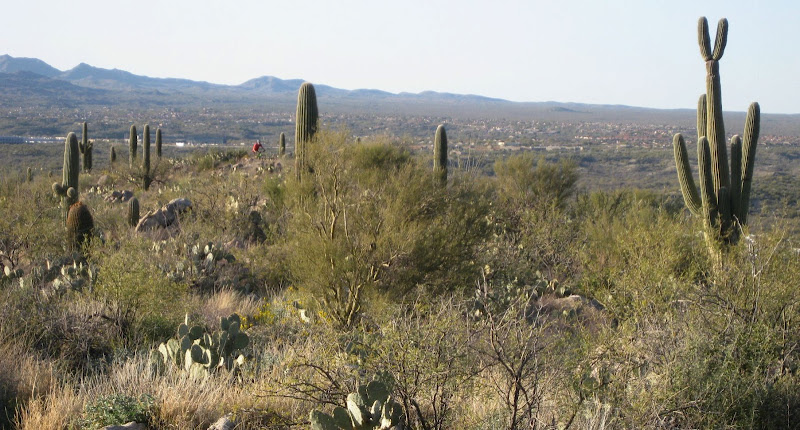 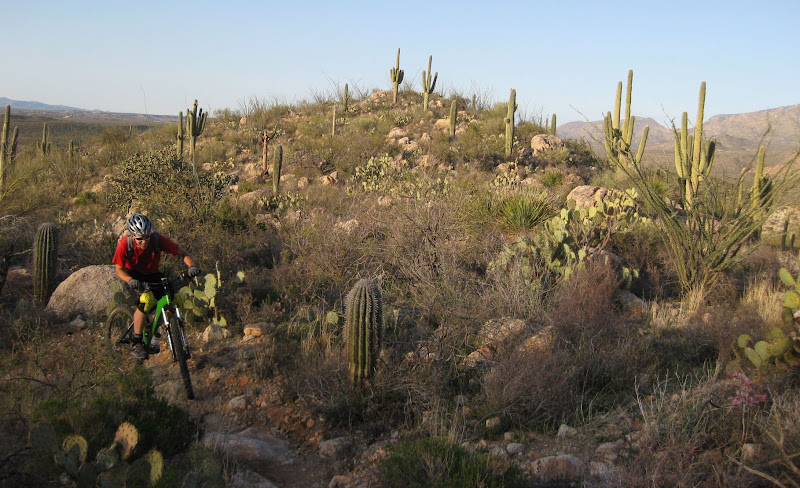 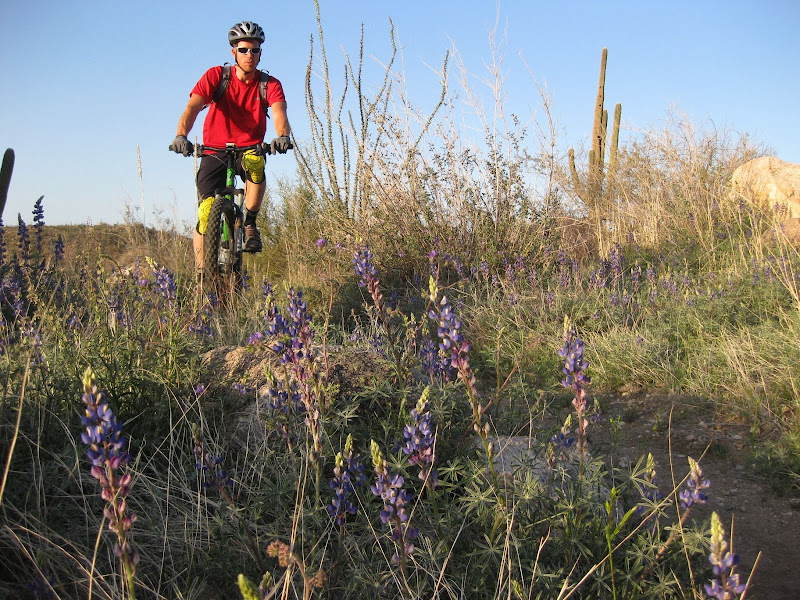 Living to its name, there were some flowers. We headed back down for some tacos....Mmmmmm.

Later in the week, I continued the search for flowers on the commute home. I felt like another techy ride was in order, so I planned one for the following Friday. I even added some post-ride homemade pizza at my house after the ride. 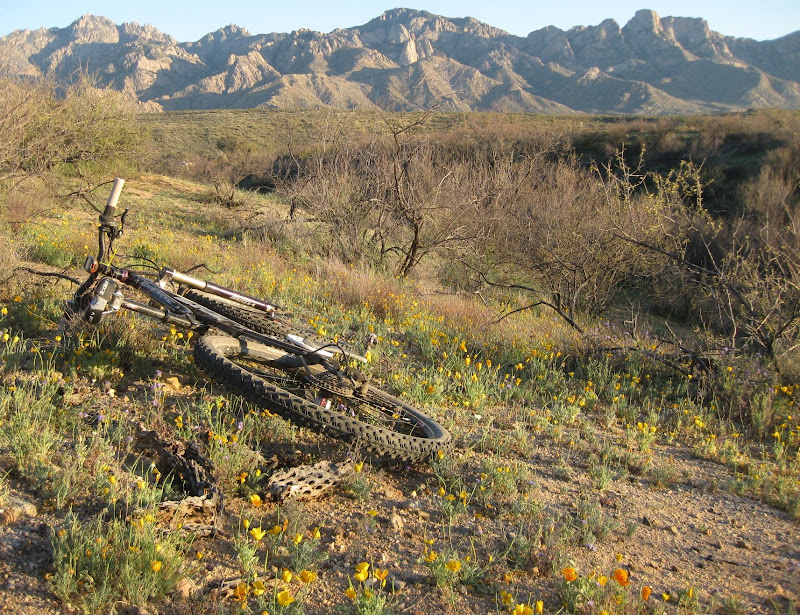 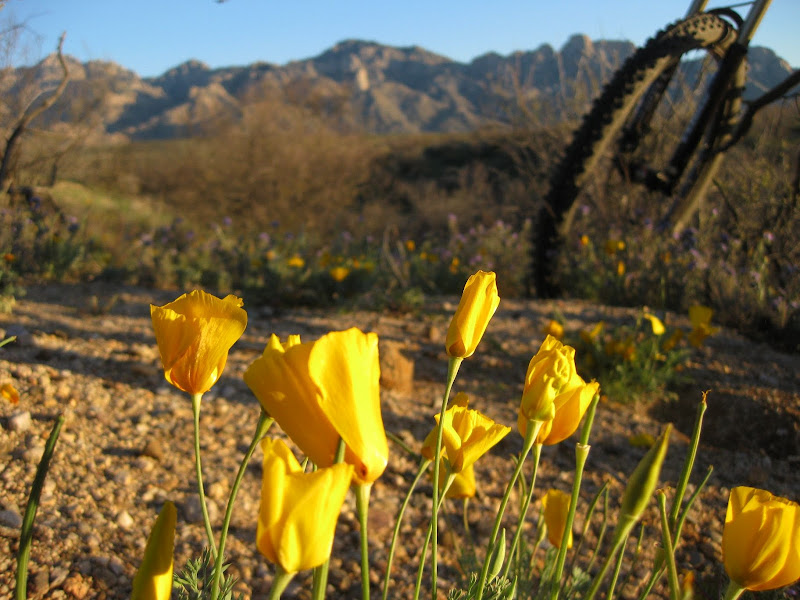 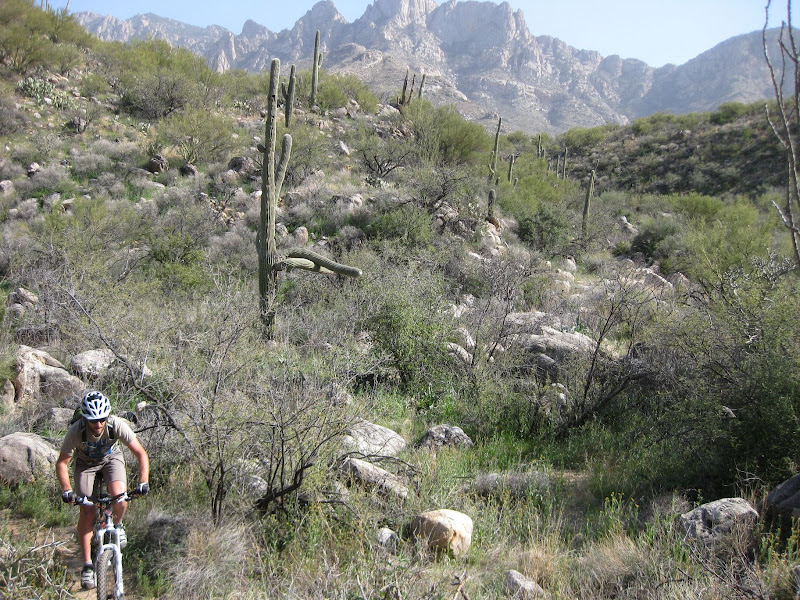 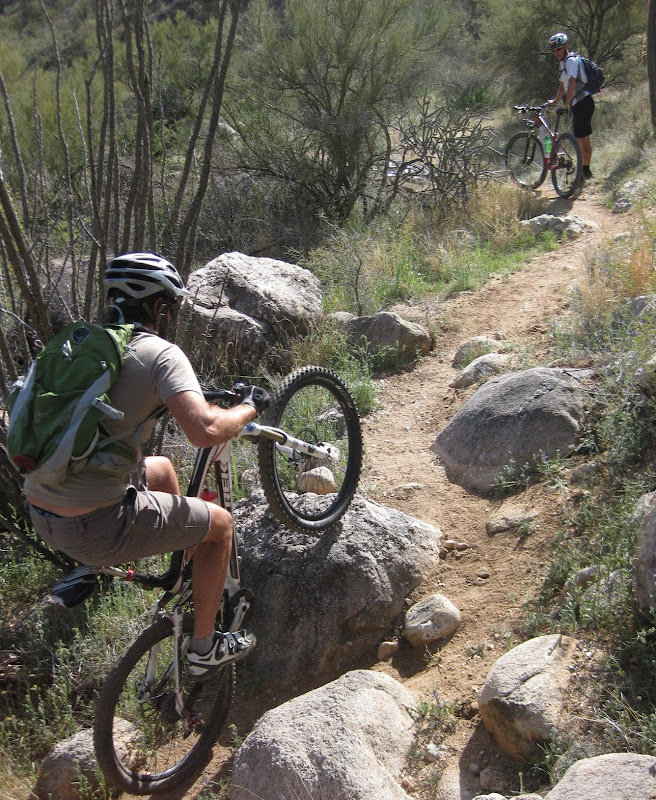 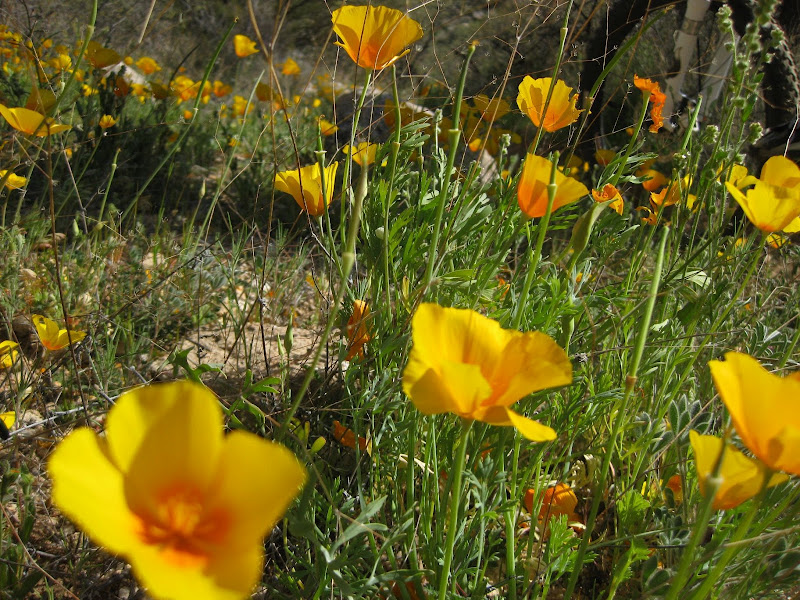 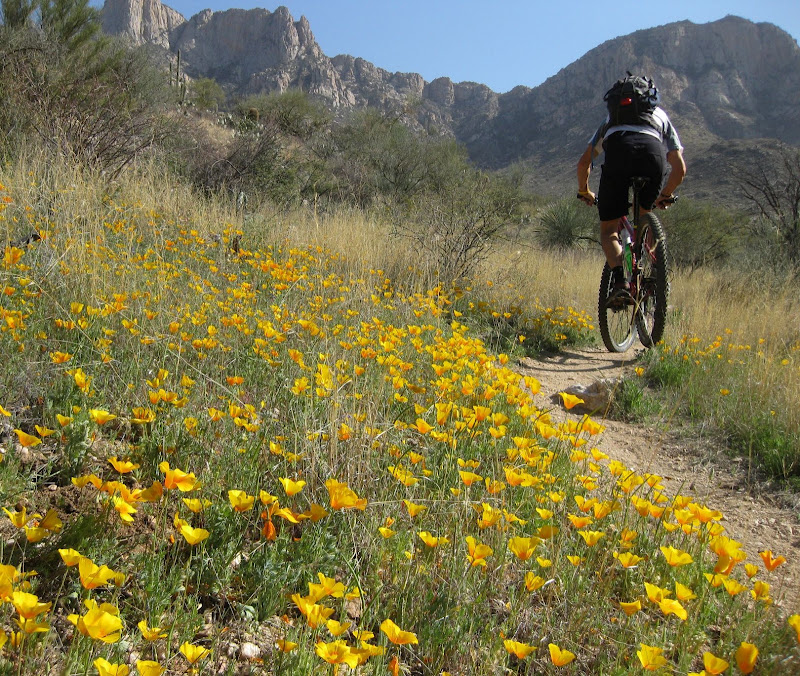 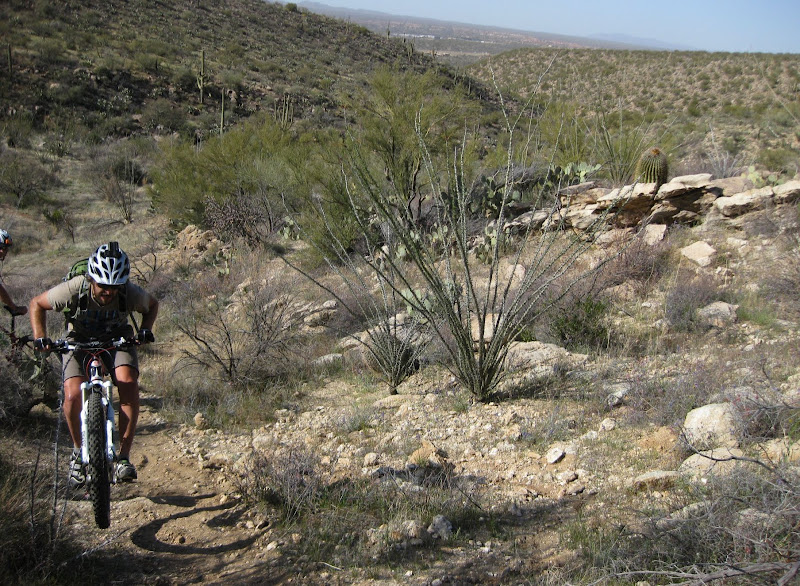 It's a great time to be riding in Tucson...the evening went techy riding, flowers, more techy riding finished off with some homemade pizza. 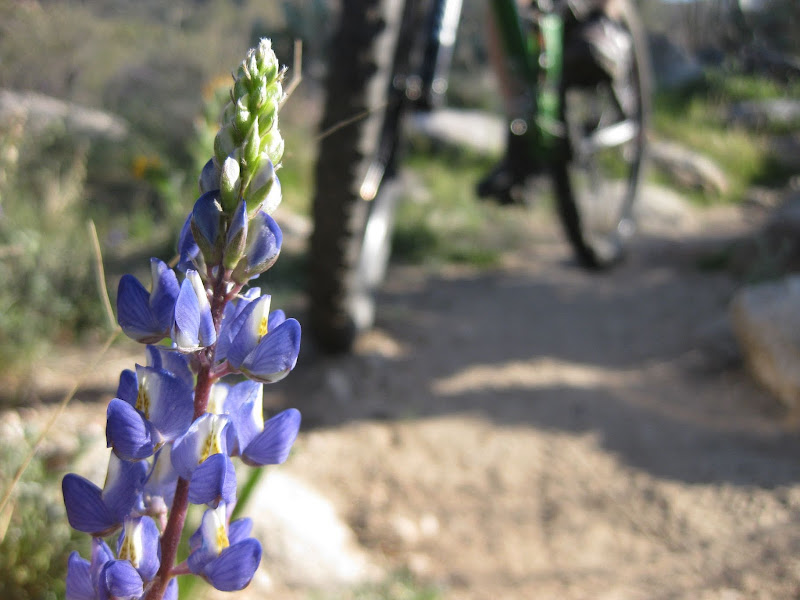 I always love your pictures, which are amazing. I'd love to see some video, especially on your techy rides, though I'm sure that breaks up the flow of the ride way more.